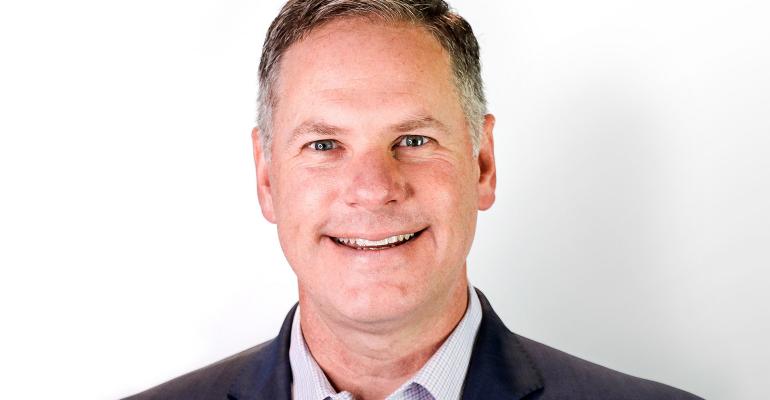 Kestra’s CEO says there are an increasing number of b/ds looking to sell, especially in the current environment, and his firm is interested in adding an employee channel via acquisition.

Over the last couple of years, some traditionally independent broker/dealers have launched employee affiliation models. LPL, for instance, acquired Allen & Company last year, to see its new W-2 model. Now, Kestra Financial, which has about 2,500 independent advisors, is also eyeing the channel.

In an interview with WealthManagement.com, Kestra CEO James Poer said his firm would most likely seed a W-2 model through an acquisition.

“Where advisors can act in an independent fashion to their clients but have the benefits of everything from the bricks and mortar to the healthcare value of an employer, there's a lot of value there for advisors,” Poer said. “A lot of advisors in our industry and across the landscape choose that path.”

Kestra is very active in the broker/dealer mergers and acquisitions space, and he’s seeing an increased number of b/ds looking to sell.

Here’s a transcript of the conversation, edited for length and clarity:

WealthManagement.com: Do you have any M&A deals that are in the pipeline this year?

James Poer: There is an increased amount of conversations and activities going on. So we tend to be involved in and look at just about every significant deal that's been done over the last three to five years. Things are still settling down from that initial sort of COVID-19 shock if you will, but I suspect the second half of the year is going to pick up pretty dramatically, especially based on a lot of the conversations I've had the last 30 days.

WM: Are you talking about the broker/dealer M&A market or the RIA market?

JP: All of the above. Market corrections and displacements drive action, and they drive people out of the business that aren't as serious about being in the business as the top players, like ourselves, from an institutional standpoint.

WM: If you were to acquire another broker/dealer, what type of firm would you be looking for? Are there any affiliation models that you would want to get into?

We don't really have a pure W-2 model. That's something that we've been interested in. Right now, everything is very much through that purely independent lens. Where advisors can act in an independent fashion to their clients but have the benefits of everything from the bricks and mortar to the health care value of an employer, there's a lot of value there for advisors. A lot of advisors in our industry and across the landscape choose that path.

WM: Do you think that you would likely acquire that model or build that from scratch?

JP: If there was a right opportunity there, we would acquire and own a separate business.

WM: How has your recruiting strategy changed in the midst of the pandemic, something which has traditionally been done face-to face?

JP: Especially for our organization face-to-face has always been incredibly important because we feel that combining value and culture are really key to who we are. So what we've really done is we've pivoted to virtual home office visits, if you will, and we are doing a lot of them. We're really focused on making sure that we're articulating the value that we can bring to them virtually.

If you come to our office and you spend a day with us in Austin, you really have a strong feel of the value and the culture. It's just harder to translate that virtually. You can get some of it, sure, because of the people who are put in front of you, but the advisors bring a different perspective that really helped the story a lot.

WM: Has recruiting slowed down in the last couple months?

JP: Recruiting activity has absolutely not slowed down at all. I'm having six meetings a week with prospects. I suspect that you could see a longer sell cycle than we normally do, but it's too early to tell if that would be the case or not.

So we brought in $1.4 billion in new assets across 10 firms in the first quarter. We've continued with strong momentum into the second quarter, and our retention is very high.

WM: There's some concern over private equity funds’ high levels of debt, and I know Kestra’s debt was downgraded in March. Can you comment on that? Are you going to continue to invest in the business?

JP: The one level downgrade that we saw was part of the rating agency downgrading the entire sector. So no rating agency has reviewed our organization and downgraded it as an individual organization. And we view ourselves as the baby with the bath water on that one, because when you really dig into the economics of the broader sector, our economics are extremely healthy. We have a very strong balance sheet. We have a very balanced capital structure, and we don't view ourselves as over-levered at all. We have intentionally been conservative, because we really anticipated that you would see market corrections and recessionary environments coming.

We're pressing forward with millions of dollars in investments in this organization from technology, to building out deeper, horizontal value that will go across all of our companies.

WM: Last year, private equity firm Warburg Pincus took a majority stake in Kestra. What has the firm brought to the table as an owner?

JP: They act as a very good advisor, and they have a lot of deep conservative resources that we can tap into if we choose. They're very long-term investors, and their track record reflects that, and that empowers us to make a lot of investments in this company, especially during an economic crisis for our country. By the way, this organization was forged under the same sort of environment. Our former parent company NFP’s leadership made deep investments in what is now Kestra Financial in 2009 and 2010, when it was a really hard time to do it. What we ended up doing was made a lot of investments at the right time. We believe in leaning in.

WM: What have you rolled out for advisors to help them through this time?

JP: We've put a lot of content, everything from investment perspective and historical information in front of them to making sure that they have speakers around sort of investor sentiment. The psychological part of investing is really key right now, and good financial advisors earn less income during these times, but it's when they are at their peak value. We've been coaching and educating a lot around that.