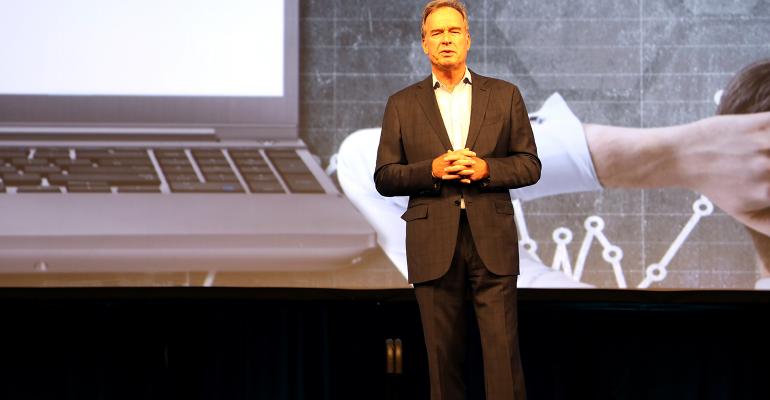 Jud Bergman, who led Envestnet through a 2010 IPO and several acquisitions, was 62.

Envestnet CEO Jud Bergman and his wife, Mary Miller, died early Thursday in a car accident in San Francisco, confirmed a company spokesperson. Bergman was 62 and Miller was 57.

Bill Crager, co-founder and president of Envestnet, and chief executive of Envestnet Wealth Solutions, has been appointed interim CEO.

“On behalf of our Board of Directors, management team and employees, we extend our deepest sympathies to Jud and Mary’s family,” said a company spokesperson. “As Envestnet’s founder, Jud was a remarkable leader whose vision, brilliance and drive built the foundation for Envestnet’s success.”

As CEO, Bergman oversaw the growth of Envestnet, most recently with its acquisition of PortfolioCenter from Charles Schwab, its purchase of MoneyGuidePro’s parent company, PIETech, as well as its joint venture with Edmond Walters to form Apprise Labs. Bergman also launched Envestnet's Insurance Exchange this summer and Credit Exchange was scheduled for launch this month. He was a tactician with a riveting awareness for how the various divisions of his company fit together and a proponent of what he called the Kasparov Principle, the blending of both human and computer capabilities.

“While it is difficult to imagine anyone replacing Jud’s vision and presence, we have the utmost confidence in the ability of his colleague, co-founder and dear friend, Bill Crager, to carry on in Jud’s place,” Chapin said in a statement. “Bill and Jud worked closely over the last 20 years and have built a resilient team that will see us through these dark days. Jud was a giant as a businessman and human being. We will miss him immensely.”

Stuart DePina, CEO of Envestnet | Yodlee, called Bergman a "a better friend than a colleague and he was a great colleague."

“The word visionary gets bandied about too often these days but there just is no better single word to define Jud—he saw some things that Tamarac brought to the party way before anyone else,” DePina said, referring to the 2012 acquisition of Tamarac Inc. by Envestnet, following which the combined company took on a whole new growth trajectory. DePina had been CEO of Tamarac at the time of the acquisition and has remained with the combined company since.

“Me personally, I’m so honored to have worked with him for eight years now and learned so much from him. He was one of those rare leaders who listened to input and took it well, good or bad; he was frankly just one of the most unique individuals I’ve ever known,” he said.