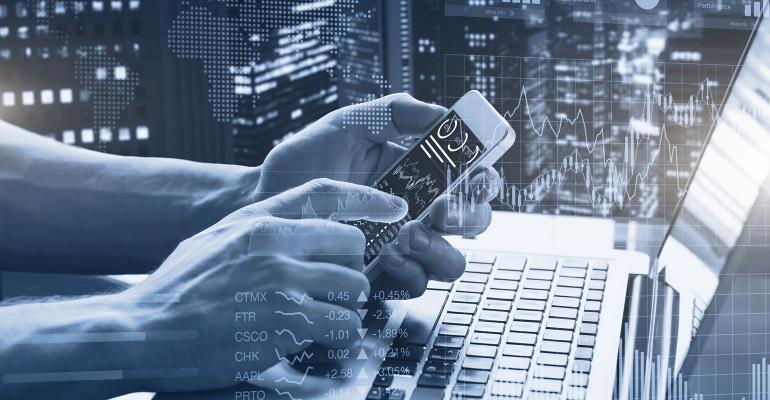 The Tamarac platform has a long history with Schwab’s PortfolioCenter. Now they own it.

Envestnet | Tamarac is buying Charles Schwab’s PortfolioCenter, the firm’s portfolio management and reporting solution for independent RIAs. The two solutions have been used together since 2009, according to Envestnet, and more than 3,000 firms use the tool either through Schwab or Tamarac. Neither company commented on the terms of the deal.

Advisors using PortfolioCenter will continue to receive support under the platform’s new ownership, said Andina Anderson, executive managing director of client relations at Tamarac. “We’ve been using PortfolioCenter for so long. It's part of our underlying technology and that’s going to continue to be in place,” she said. The multi-custodial nature of the tool is part of what makes the platform so valuable, she added, which is “a critical component for us.”

“Today’s transaction doesn’t suggest a change in strategic focus,” said Andrew Salesky, senior vice president and head of Schwab Digital Advisor Solutions. “We have two key areas that we are focusing on: one is to have the best, most operationally efficient custodial platform, which is primarily Schwab Advisor Center, our website. And then we aspire to have broad and deep integrations with third parties, taking advantage of the growth of the ecosystem of capabilities.”

Salesky called the deal a win for clients, Schwab and Envestnet.

That the deal will be a win for both firms was a sentiment echoed by a predecessor in the PortfolioCenter outsourcing space. “Ultimately, I think it will be good for both Schwab and Tamarac,” said Jim Starcev, currently a partner at NEXA Insights and co-founder of Etelligent, which Schwab acquired in 2008. “The question mark for me is what it will mean to those independent guys running it on their own.”

“Believe it or not there are significant numbers of advisors still using the desktop version,” said Starcev. And it is for those users he said he has some concern in the long run. “Is Envestnet going to force me to sign up with them? That is what I would be asking myself,” he added.

Certainly Tamarac is interested in the client relationships associated with the platform, said Salesky, noting that the new ownership has a “high interest in ensuring clients are well supported.”

The two firms’ integration plans and agreements are unaffected by the deal, confirmed Anderson. Staff in the Raleigh, NC office who support PortfolioCenter are “a really important part of the acquisition,” she said, while “outside of Raleigh, it's really kind of on a case-by-case basis in terms of where we believe those resources are going to be the best bet.” Tamarac also has offices in Raleigh—right across the street from Schwab Performance Technologies—and Tamarac expects its office to absorb personnel from the acquisition.

Schwab is continuing to refine its Schwab-only solution, Schwab Advisor Portfolio Connect, aiming for general availability by mid-year, after it launched late last year, said Salesky. It is not dismantling Schwab Performance Technologies.

While the deal’s been announced, it hasn’t closed yet, confirmed Salesky. It’s an acquisition that’s been discussed since at least last year and is expected to be finalized in the first half of the year.