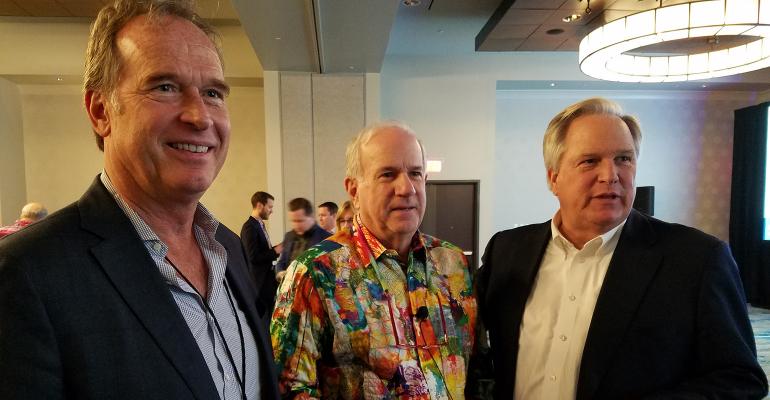 New details about the joint venture between Envestnet, PIETech's MoneyGuidePro and eMoney founder Edmond Walters are sure to get the industry's attention.

The idea for Apprise Labs’ estate and legacy planning software came to financial-planning pioneer Edmond Walters in conversations with high-net-worth individuals outside of the financial services industry. He kept hearing the same thing over and over from them, he said. The estate planning reports they were given by their wealth managers seemed, by design, intended to confuse more than help.

Clients with more-complex planning situations told Walters they didn’t feel like they had much say in the inner workings of their finances, particularly when it came to what was going to happen to their money once they died. “That worried them,” Walters said. “The consensus was that the reports were built for the advisors and that clients were given a copy.”

Walters has spent his career solving financial problems for advisors and their clients. He started eMoney in 2000 and built it into one of the most widely used planning tools before Guardian Life Insurance sold the company to Fidelity for $250 million, 15 years later. As he began planning his next project (and waiting out his noncompete), he said he was struck by how far the financial services sector was behind even nontech industries like architecture and medicine when it came to digitization. “Advisors have a lot of value,” he said. “Why is my industry so far behind these other industries?”

He spent the next 2½ years working on yet another solution, this time a financial-planning platform meant for the more-complicated estate-planning needs of high-net-worth clients, as well as bringing legacy planning into the equation. Walters approached Envestnet CEO Jud Bergman and PIETech co-CEO Bob Curtis to finalize the offering, which will be behind a yet-to-be-named tool that will plug into PIETech’s platform, as well as what Envestnet is calling its MoneyLogixPro. The software was revealed at the T3 Advisor conference in Denton, Texas, and the trio plans to make it available by this summer.

MoneyGuidePro co-CEO Tony Leal was blunt in his assessment of the benefits Apprise Labs would bring to the financial-planning firm. “The reason we created this relationship is because we were not estate experts. Edmond has done a phenomenal job in his days with eMoney, creating that legacy planning,” he said. “We needed that expertise that he has.”

“This allows us to leverage this legacy planning and build it upon the MoneyGuidePro platform,” he added.

Besides providing one of the access points to the estate-planning software, Bergman’s Envestnet is bringing its data insight and machine-learning capabilities to the endeavor. Citing what he calls the Kasparov principle, named after the chess grand master who was the first world champion to lose to a supercomputer, Bergman said the tool would be able to harness the power of a human-computer hybrid. “The better technology is, the more advisors can focus on being human,” he said.

That focus should ultimately be good for advisors’ businesses, Bergman argued. “We think this is going to be the go-to product for ultra-high-net-worth clients and their advisors.” Advisors that provide data aggregation and financial planning have an average wallet share of over 80 percent, he said, compared with 30 percent for those who choose not to provide those services.

Competitors already exist, however. Advicent’s NaviPlan provides digital tax analysis and estate planning, while Yourefolio is another estate and legacy planning technology provider. CEOs for both companies were at T3, but said they welcomed the competition and the spotlight that Walters and Apprise Labs were shining on the estate and legacy planning technology space.

“From our perspective, the fact that [Apprise Labs] is pursuing development on the sort of advanced planning functionality that NaviPlan has provided the market for decades further validates the strength of our planning software,” said Advicent COO Anthony Stich. “We look forward to building on this position of strength in 2019 and beyond.”

“This is an underserved segment of the market,” said Scott Huff, founder and CEO of Yourefolio, describing the impact that Apprise Labs would have on his estate and legacy planning tech offering. “It’s great that someone like Ed is bringing this area some attention.”

Walters was critical of the idea that only the wealthy need access to tech-enabled legacy and estate planning, even while the U.S. Congress is considering permanently repealing the estate tax. “The people who are saying legacy planning is not as important for those with $5,000 instead of $200,000 are trying to sell product,” he said. “And I’m not trying to sell product.”

He cited trusts—legal structures meant to provide some tax shelter to a portfolio along with flexible planning options for passing those assets to future heirs. "Most of the people in our industry think you need a trust because it’s about the investments and how much they can charge for the investments,” Walters said. “Wrong." Even if a client doesn’t have much money, he or she has worked hard for those assets and deserves to have a say in how they are distributed and handled by heirs, he said.

While Envestnet and PIETech are partners with Walters, Apprise Labs’ presentation at T3 left no doubt that the founder and former CEO of eMoney is running the new venture. “These are the pioneers of financial planning,” said Bergman about PIETech and Walters. “I’m taking a back seat. I’m just the catalyst.”

“It’s like a band without the egos,” said Kevin Hughes, chief growth officer at PIETech, describing the creative dynamics of working with Envestnet and Walters. “Each has their passion.”

Just as he did with eMoney, Walters is again looking to shake up the industry—pointing to interactivity as the way of the future. A demo of the software showed how easy it was for users to utilize sliders and other inputs—as well as an integration with AdvisorStream—so clients could see for themselves the various possibilities of their estate planning.

The tools are great opportunities to prompt interactions between advisors and clients, but the biggest benefit is helping advisors focus on the human side of their relationships, he said. “It’s not about product; it’s about understanding families,” he said. “It’s not about return on investment; it’s about return on relationship.”