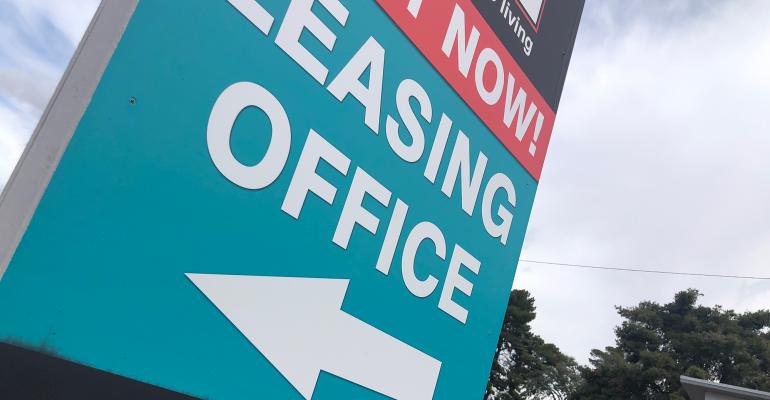 Securing Financing for an Office Deal Is Still Tough. But It’s Getting Easier.

Lenders are coming back into the office sector, though underwriting standards remain very tight.

Prior to the pandemic, investors were going gung-ho for U.S. office properties, with seemingly no issues in securing financing for well-located class-A and class-B buildings in core and growing secondary markets. In 2019, about 20 percent of commercial real estate lender Walker & Dunlop’s total loan production was in the office sector, according to Jeff Morris, Columbus, Ohio-based managing director, capital markets group, with the firm. “The market was fluid and insurance companies and CMBS lenders were open-minded to high quality office loans,” he says.

Unsurprisingly, COVID-19 changed how lenders view office assets, at least when it comes to the immediate future, Morris notes. Last year, some existing loan portfolios were suffering as a result of non-paying tenants and many loans had to be reworked, with forbearance agreements put in place to prevent defaults. “Lenders did not believe employees would return to the office,” Morris says, adding that Walker and Dunlop originated one $9.1 million office loan in 2020, with low leverage for a very special, high-quality building in Columbus.

In the second quarter of 2021, the Mortgage Bankers Association’s Origination Volume Index for office properties posted a 149 year-over-year increase, reaching a score of 137 (where the average quarter of 2001=100). This was the first jump in loan originations after three quarters of double- digit declines. Year-to-date through the second quarter, office loan originations were up 22 percent. Office investment sales in the first half of 2021 went up by 6 percent compared to the year before, to $47.5 billion, according to real estate data firm Real Capital Analytics (RCA). That was the smallest increase for any property sector RCA tracks with the exception of development sites.

With rent growth projections still down and concessions up, underwriting standards for office acquisitions have gotten more stringent over the past year and a half, with lenders looking at in-place coverage and requiring higher coverage ratios and debt yields. “They look at loan per square foot, cash equity and locations with a critical focus,” says Morris, noting that while 2019 loan-to-value (LTV) ratios could go up to 75 percent, they now top out at 65 to 70 percent.

Last year, LTV didn’t even make any difference in getting loans originated unless it was unrealistically low—for example, at 25 percent for a superior asset—and those situations didn’t exist, according to him. Today, there may be lender interest in well-located office assets in suburban locations at 50 percent LTV, or office buildings in core urban markets at 60 percent LTV. But there just isn’t enough data in the market to say for sure because there aren’t many office investors seeking financing, Morris notes. According to real estate services firm CBRE, average LTVs for all commercial loans in the second quarter of the year averaged 58.6 percent, up from a pandemic low of 53.9 percent in the third quarter of 2020.

“In 2021 we still haven’t seen office opportunities rebound to where they once were—rents have softened and values have fallen, and lenders just don’t believe the ‘back to office’ story yet,” Morris notes. He says that the only significant office deals getting done involve properties with a mixed-use component with multifamily or are owner-occupied buildings, noting that Walker & Dunlop has only closed two office loans so far this year, one on an office building in downtown Minneapolis for $16 million and another for a little over $2 million. Together, those deals represent barely 1.4 percent of the firm’s expected origination volume this year.

Walker & Dunlop was able to finance the building in Minneapolis for several reasons, including its location in the central business district (CBD); the fact that it is owned by one of the best sponsors in the local market; its superior tenant profile; and, most importantly, that the loan was a substantial discount to the original cost of this new building, so there was a lot of real cash equity.  According to Morris, lenders currently willing to work in the office market include ultra-conservative insurance companies (who focus on very low LTV deals or best-in-class building owners with strong rent rolls), as well as bridge lenders and debt funds.

Asbill agrees, saying the bulk of office lending activity his group is seeing is by debt funds. He notes that some banks and life companies are “dipping their toes back in the water,” but are being very selective and generally lending only on class-A or trophy properties with very strong sponsors.

Lenders remain very selective about asset location, market and borrower. Premier office buildings in unparalleled locations are the most likely to secure acquisition financing, Morris says. “On a national basis, the top eight to 10 markets, call them the ‘24-hour cities,’ are seeing some light action, but it is selective.” Office buildings in urban cores in trendy smaller cities, including Columbus, Indianapolis and Nashville, Tenn., are also attracting some lender interest.

Loan originators are mainly focused on well-capitalized existing clients with strong records, according to Asbill, but there is some debt capital available for new investors. “This typically comes from debt funds with higher coupons or possibly a bank, if the borrower is willing to sign for principal recourse.”

Morris adds that smaller balance loans, like the $2-million deal his firm completed with an insurance lender, may be appealing to some lenders, especially for buildings that are owner-occupied. Asbill notes that regional and community banks, as well as credit unions, are active in this small loan space.

Summing up today’s office lending environment, Morris says, “It’s going to take a little more time to recover. Many lenders who have large office building concentrations have had to rework those loans, so there is tempered motivation.”

But drawing on his 40 years of experience in the lending business, Morris predicts that as tenants return to offices, the sector will come back in favor among lenders, and they will again compete for loans.