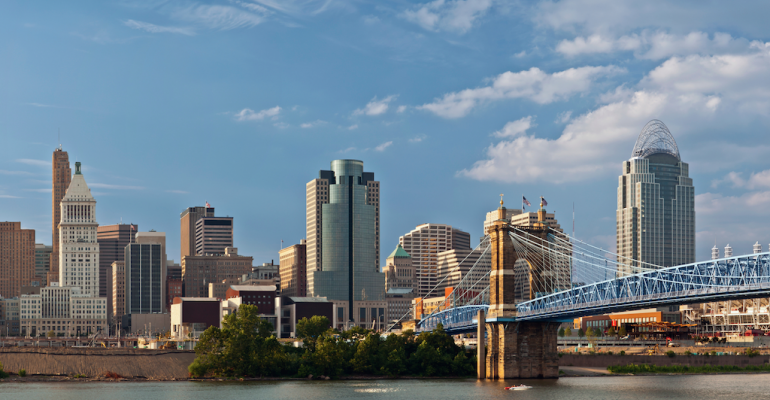 How America’s Second-Tier Cities Can Catch the Superstars: Noah Smith

The Internet may be making it easier for residents of second-tier cities to enjoy big city lifestyles.

(Bloomberg Opinion)—For the past three decades, one of the central stories in the U.S. economy has been the rise of superstar cities. As the country has shifted from manufacturing to services, high-value knowledge industries such as technology, finance and pharmaceuticals have become more important.

These industries tend to cluster because skilled workers, entrepreneurs, big companies and funding sources all want to be in the same area. As a result, these industries have concentrated in cities such as San Francisco, Los Angeles and New York, which have had enormous economic booms and skyrocketing rents while many other areas of the country are left to wither.

So how can the places that missed out ever compete with a San Francisco or a New York? Some had hoped that remote work would ride to the rescue. Thanks to the internet, engineers or traders or project managers might be able to live in Akron, Ohio, while working for a company based on one of the coasts. But while technology is allowing more Americans to work outside of the office, so far this hasn’t been enough to overcome the need to be close to where the action is. Even as online communication improved by leaps and bounds, superstar cities just kept getting more dominant.

A second possibility is that people will start leaving superstar cities. This is already happening as politically powerful incumbent homeowners block new housing construction in many big cities, accelerating the increase in rents. Eventually this  might force tech companies and other high-value industries to go looking for more affordable locations; indeed, there’s already a steady trickle of tech companies leaving the San Francisco Bay Area and New York’s population has started to decline. But this trend is unlikely to help most other areas because the companies that leave will just tend to go to the next tier of budding superstars such as Austin, Texas; Denver; Atlanta; Raleigh, North Carolina, and so on.

But a recent report from the company Emsi, which analyzes labor markets, finds that most of the big cities attracting the most talent are Sun Belt metro areas such as Phoenix, Las Vegas, Dallas-Fort Worth and Jacksonville, Florida, cities that are not usually the first places that come to mind in conversations about tech or finance. A number of smaller counties scattered throughout the country also perform surprisingly well.

Meanwhile, urbanist Richard Florida and economist Todd Gabe found that the cities that have been most effective at adding knowledge workers include places such as Pittsburgh, Cincinnati, Cleveland and St. Louis, cities that are typically associated with Rust Belt decay. In a similar vein, research by writer Ian Hathaway reveals that startup activity — itself not a huge source of jobs, but probably a good indicator of broader tech industry shifts — is rising in smaller hot spots around the country.

Is the diffusion of knowledge industries merely a function of anti-development politics in the traditional hubs? Perhaps. But another possibility is that knowledge workers’ desire to live in a superstar city was always partly about lifestyle and consumption, not just about jobs and venture capital. But the internet may be making it easier for residents of second-tier cities to live the kind of lifestyle previously only available to residents of New York — all while paying much lower rent.

The first change is the rise of online dating, which is now the way that a majority of Americans meet their partners. In the old days, getting a date in a small town was much harder than in the big city. But smartphone-enabled dating apps like Tinder and Bumble make it much easier to find compatible partners nearby, even for people living in the suburbs of Cincinnati or Phoenix.

Social media itself is a huge change. The average time that Americans spend each day on social media has risen steadily. The shift to online socializing means that living in an uncool city doesn’t sentence knowledge workers to a life of loneliness the way it once did.

Changes in cities’ physical environment are helping the shift. A good example is co-working. With the rise of co-working spaces, working remotely no longer means being deprived of the daily structure of an office. The internet makes it easier to fill such spaces, to mix and match tenants, and to connect with people who work in the same space.

So how can small cities and declining regions take advantage of these shifts? Whereas before, a city might have to style itself as the “live music capital of the world” to attract knowledge workers, now all it needs is the basics — some apartment buildings, shopping villages, coffee shops, ethnic restaurants, bookstores and co-working spaces. And, of course, it needs cheap rent. Lots of cities will end up looking the same, but the internet will provide the variety.

In this scattered archipelago of livable towns, programmers, financiers and researchers will churn out value for companies with headquarters in  Seattle or Cleveland, while finding love and friends and entertainment and meaning through their glowing screens. And all the while, they’ll spend locally, supporting a vast service economy that employs the rest of their countrymen.

It’s a strange vision of the future. But it could mean a much more equitable dispersal of economic activity.

To contact the author of this story: Noah Smith at [email protected].