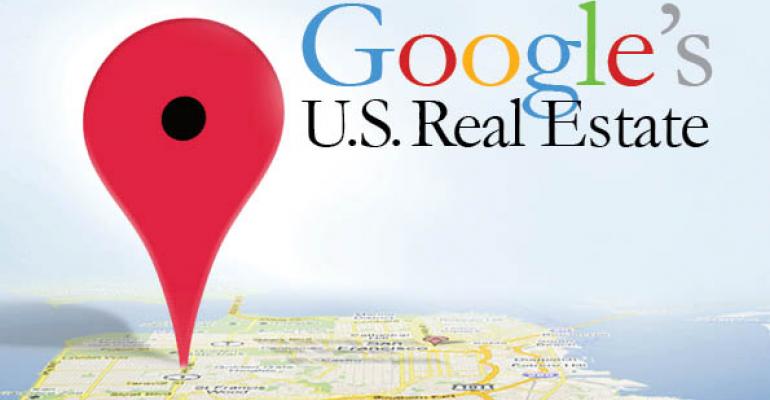 Google tries hard to keep its real estate plans secret, with its spokespeople declining to answer questions from the media regarding the size of its holdings. But judging from the information that has been made public, it's clear that the company's skyrocketing growth is not limited to its number of employees or business acquisitions. Google's real estate strategy is extremely aggressive, with more than 3.8 million sq. ft. of office space owned in Mountain View, Calif., its hometown, and approximately $2.6 billion in capital expenditures made in 2014 alone. Future acquisitions may even include huge deals in San Francisco at Transbay Tower or Salesforce's Mission Bay development, according to Silicon Valley Business Journal. We recently surveyed media reports to try to get an idea of exactly how much real estate Google actually owns, and what it's worth. Google traditionally tends to avoid such disclosures of information, so what we've managed to find is just the tip of the iceberg.