This 2.9-million-sq.-ft. full-block Art Deco building was bought by Google in 2010. In March 2015, Google paid WebMD an undisclosed sum to vacate its HQ there, reports The Real Deal. Google reportedly also tried to buy out Nike's lease there, but is waiting for it to expire. The 15-story building, which opened as the New York City Port Authority's Union Inland Terminal No. 1 in 1932, borders Eighth and Ninth Avenues and 15th and 16th Streets. The original building was configured for several purposes. The first floor and basement were used to transport goods by truck to and from railroad lines and the city's shipping piers; the second floor was designed for exhibitions and the upper floors were for manufacturing. At its peak in the 1930s, 111 Eighth Avenue processed more than 8,000 tons of goods each month, with 650 trucks making use of the facility. With its new role as Google's East Coast HQ, the building is now one of the largest tech office buildings in the world, topping even Apple's new spaceship-style HQ being built in Cupertino, Calif.

Google has been steadily buying up several buildings along Bayshore Road in Palo Alto's Mountain View area. In 1999, Google occupied its first Mountain View office here with less than 50 employees. Now it's the area's biggest employer, with 9.7 of the entire local workforce in its ranks, and it owns 10.7 percent of all taxable property.

As of June 2014, Google had 52,069 employees at its international headquarters here, a significant increase from its workforce of 44,777 in 2013. The original complex with 2 million sq. ft. of office space is Google's second-biggest holding after 111 Eighth Avenue in New York City. With the 1.1-million-sq.-ft. Bay View addition coming on line this year, the Googleplex will be the largest collection of Google buildings, measuring 3.1 million sq. ft.

This 63,000-sq.-ft. building, home to Hansen Medical, was bought from Boston Properties by Google in July 2014. The deal also included a cluster of seven buildings in Mountain View Technology Park, totaling approximately 135,000 sq. ft. The buildings are leased to multiple tenants. Google paid approximately $92.1 million for the buildings, or about $465 per sq. ft. In addition within the same area, Google also bought in separate transactions the 16,000-sq.-ft. 885 Maude Ave. for $5.6 million; 700 E. Middlefield, a 24-acre office campus, from Deutsche Asset and Wealth Management, for $250 million; and 13,000-sq.-ft. 440 Logue Avenue for an undisclosed sum. These acquisitions give Google control of a sizable expanse of land south of Highway 101.

Google announced in October 2014 that it would buy approximately half of this office campus, a deal that has the potential to reshuffle the local real estate scene. Pacific Shores was built by Jay Paul Co. in the early 2000s and includes many swanky amenities. It was purchased by Starwood for $833 million in 2006; Shorenstein immediately acquired two of the buildings and Blackstone acquired the junior debt on the property in 2012. Google's acquisition involves six of the office buildings, totaling nearly 1 million sq. ft. of the 1.7-million-sq.-ft. campus. Although neither Google nor Pacific Shores Center's owners—BlackStone Group and Starwood Capital—and manager—Equity Office—would comment on the deal, it's been speculated that Google wants Pacific Shores because it provides a potential seaborne commuter alternative to the frequently gridlocked highways. Google has been experimenting with commuter ferries at the nearby Port of Redwood City, as a way to reduce the demands on its bus network.

Media reports say Google has long been developing a relationship with NASA, which includes the leasing of Hangar One at 1,000-acre Moffett Federal Airfield. NASA's Ames Research Center's Hangar One is where Google execs park their personal planes. But what else may happen here largely remains a mystery, although Ames' director told The Verge that Google can't do whatever it wants with the land; in fact, the company is supposedly limited to 90,000 sq. ft. of developable space within the hangar. Google's leasing of Hangar One, reports the Silicon Valley Business Journal, requires renovating the historic hangars but opens up possibilities beyond aviation, and could include R&D in robotics, self-driving cars and drones. The rental amount is also unknown, though reported as "significant." It's estimated that rehabbing Hangar One, whose toxic "skin" has been removed, and the surrounding Moffett Field could run into tens or even hundreds of millions of dollars.

The federal government has stated that this site could accommodate 90,000 sq. ft. of new development. Its ground lease is still held by a joint venture between University of California Santa Cruz and Foothill-De Anza Community College District. Although a 3 million-sq.-ft. research campus to be called University Associates Silicon Valley was proposed for 77 acres just south of Hangar One, that project eventually was put on hold due to high infrastructure costs.

Google paid $14.4 million in December 2013, or roughly $410 per sq. ft., for this building. the seller was longtime Melo Park real estate firm Tarlton Properties. Sized at 35,000 sq. ft., the building sits on about two acres of land between Highway 101 and Adobe Creek. Earlier in 2013, Google paid $66.7 million for a cluster of R&D buildings along East Meadow Circle, which 3600 W. Bayshore Road backs onto.

Within the United States, Google owns data centers in Douglas County, Ga.; The Dalles, Ore.; Council Bluffs, Iowa; Lenoir, N.C.; Pryor Creek, Okla.; and Berkeley County, S.C. These modular data centers are built from shipping containers, rumored to cost $600 million each, with each one requiring 50 to 103 megawatts of electricity to run. The modular plan was revealed in 2005, announced to be discontinued in 2007; in 2009, Google announced that its first container-based data center had been in production since 2005. (Photo Courtesy of Connie Zhou)

Google's proposed plan for a 1.2 million-sq.-ft. Bay View campus, designed as a huge network of buildings beneath translucent canopies within a natural setting, was recently for the main part rejected by Mountain View City Council in Northern California, except for one of four sites: an 800,000-sq.-ft. figure-eight, tent-shaped structure on Landings Drive alongside Highway 101. The City Council's main reasons for rejecting the plan was due to traffic increases, which led the city to limit new office development in the North Bayshore tech district to a maximum of 2.2 million sq. ft. Most of that available space went to LinkedIn. But Google isn't giving up. The company is still trying to pitch one more of the buildings in the plan: a domed 328,000-sq.-ft. office complex on Huff Avenue, which is also its smallest planned structure. Google hopes that by obtaining gatekeeper status, it will be allowed to proceed with new office construction beyond what already exists by proving that the project can solve its own traffic problems. Improvements would include consolidated parking, a tree-lined bicycle loop, road and interchange adjustments and approximately $20 million for a new pedestrian and bicycle bridge over Highway 101. (Image courtesy of NBBJ)

Google’s latest leasing and construction announcements involve a major expansion of its Ann Arbor, Mich., facility. On May 1, Google announced plans to relocate its current operations from downtown Ann Arbor to a new corporate campus on the north side of the city. The new location will include leasing an office in an office building owned by local real estate firm First Martin on Traverwood Drive, as well as building a new facility adjacent to it. All told, the new operation will comprise approximately 140,000 sq. ft. The new campus, near the University of Michigan’s North Campus, will continue to function primarily as a sales office. The facility will back onto a nature area and incorporate employee feedback into its contiguous floor space design.

There are currently more than 400 Google employees at its Ann Arbor offices. The company arrived in the area in 2006 with plans to hire 1,000 people in five years, bolstered by tax credits from the Michigan Economic Development Corp., but growth slowed during the Great Recession.

In December 2014, the city of Boulder, Colo., approved Google's proposal to build a new, four-acre campus there. The project includes three four-story office buildings and a large underground parking lot. Upon completion of the campus, Google's workforce in Boulder is set to increase from 340 to almost 1,500 employees. Since the new campus is to be located one block from Boulder Junction bus station, and Google's parking garage will only have room for 600 cars, the city council approved the project on the condition that incentives are provided for employees to use public transportation rather than drive to work.

Not all Boulder residents are happy about Google increasing its presence there, and not only because of the bad math regarding parking spaces. Google's new buildings in Boulder will be significantly taller than any others in the area. Plus, although the campus is being built in the city's busiest commercial area, it will not include any ground-floor retail spaces. In order to be more inviting to the public, Google plans to create a winding pedestrian and cycling path through the campus in order to keep it open to the public. But the public isn't convinced that Google's expansion is a good thing, and concerns are being aired about traffic congestion and a shortage of affordable housing. 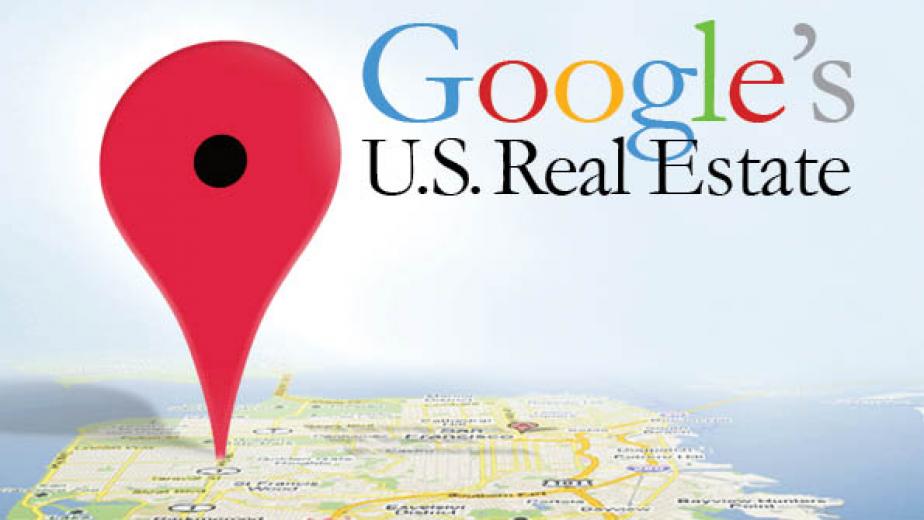