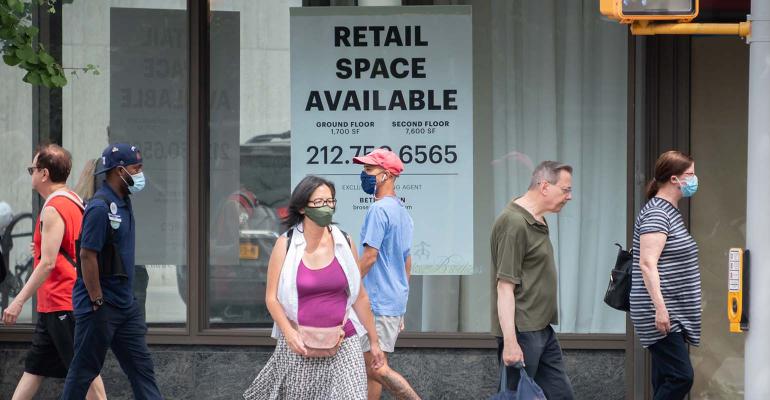 Demand for net lease retail is softening, which is forcing a pricing reset—albeit more slowly than buyers would like.

After a prolonged period of stability, interest rate hikes are finally making a ripple in the net lease retail market.

“Transaction velocity has not slowed nearly as much as we might have expected given the quick and steep rise in interest rates,” says BJ Feller, managing director & partner in Stan Johnson Co.’s Chicago office. During the first half of 2022, $7.6 billion in net lease retail assets traded hands compared to $7.9 billion during the same period last year, according to the firm.

However, demand is now softening, which is forcing a pricing reset—albeit more slowly than buyers would like. “We are looking forward to going on a bit of a shopping spree once we see higher interest rates persist long enough to shake out the excess demand and drive enhanced pricing,” says Joshua Ungerecht, managing partner of ExchangeRight, one of the more active buyers and aggregators of net lease properties.

For the first time in more than a decade, the supply-demand dynamic in the net lease retail sector may be shifting to favor buyers. Supply has increased substantially over the last two quarters, primarily because there are fewer private 1031 exchange buyers in the market.

In the current interest rate environment, many exchange buyers, particularly residential and multifamily investors, are struggling to sell their properties. This is delaying (or preventing) them from transitioning into net lease retail investments.

“We talk to dozens of investors every week who are eager to make that transition into net lease, but are experiencing delays in selling their residential or multifamily properties,” Ungerecht says. “Delays or cancelations of their escrows are consistently coming down to the struggle for buyers to obtain attractive financing. We anticipate that this will delay and temporarily reduce the number of investors who are able to transition into more passive real estate like net lease properties.”

With each subsequent interest rate increase, more and more net lease retail buyers are retreating. This translates into less competition for net lease retail properties across the spectrum, and as the buyer pool shrinks, cap rates will likely move up, according to Randy Blankstein, president of The Boulder Group, a net lease brokerage firm based in suburban Chicago.

Lenders are becoming more discerning in the current environment of rising interest rates and worries about an economic downturn, so investors who identify possibly attractive properties may have a hard time financing them, according to Ben Reinberg, CEO of Alliance Consolidated Group of Companies, a private net lease investment firm based in suburban Chicago. Reinberg says that trend will likely continue.

“It’s more challenging for buyers to secure financing and, as a result, pricing will decrease. Sale prices will have to change in order for transactions to take place and properties to change hands.”

Industry experts are seeing a growing pricing disconnect between buyers and sellers—one that is big enough to derail deals. In fact, the bid-ask gap is likely to be measured in six or seven digits.

As of mid-year, cap rates for net lease retail assets had yet to show any upward movement. However, experts say that’s to be expected since the deals that closed during the first half of this year were put under contract before the Fed began raising rates.

“Supply-demand fundamentals have largely normalized, and the cost of capital has increased dramatically, both resulting in downward pressure on pricing versus 2021 and first quarter 2022,” says Alex Geanakos, director of capital markets with real estate services firm JLL.

“While many net lease retail investors are not always levered purchasers, they are cognizant of the current cost of capital and use it as a proxy for their desired unlevered returns. Valuations are beginning to retract to pricing more consistent with pre-COVID underwriting.”

Ungerecht has witnessed cap rate expansion for net lease retail between 25 to 75 basis points as interest rates have risen. That represents a price adjustment between 5.0 percent and 15.0 percent depending on the tenant, lease term, location and other factors.

Ungerecht expects to see even more as the year goes on. “We are aggressively taking advantage of [cap rate expansion] for our current and future purchases,” he says.

Smaller, less expensive net lease properties have so far been less impacted by interest rates because they attract cash buyers. But they’re not totally immune; they’re still experiencing some degree of upward pressure on cap rates.

“The cost of capital is affecting deals priced above $5 million mostly and has contributed to the increase in on-market listings,” says Spencer Henderson, a director in the San Francisco office of B+E Net Lease. “Time to close has increased as well. More sellers have to wait for an all-cash buyer to hit sub 5.0 percent cap rate pricing.”

At the same time, deal interest has picked up “tremendously” since mid-August, Henderson adds. Encouraged by the activity, he’s anticipating fourth quarter transaction volume to be “heavy.”

“I think pricing on deals will start to adjust to the market over the next few quarters, and we will see a natural uptick in volume of sales,” he says.