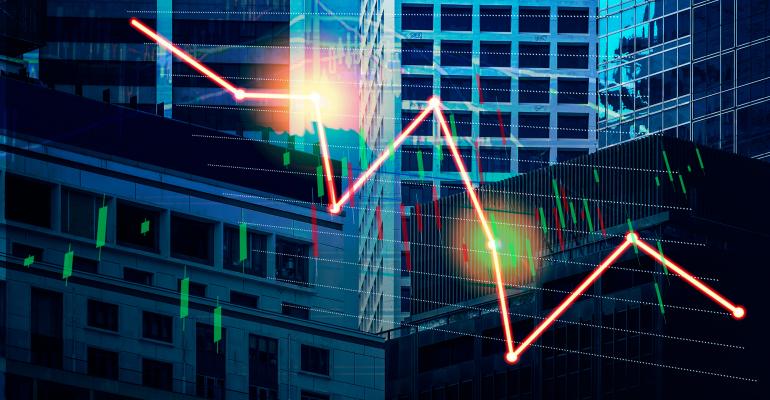 Is It Time to Recalibrate Net Lease Cap Rate Expectations?

While increased competition has pushed net lease cap rates down, exclusive WMRE research found some mixed views on whether the tide will turn.

With demand coming from all corners of the investment landscape, competition has been pushing cap rates down on net lease assets for some time. But in an environment facing inflationary pressures and rising interest rates, is the tide turning?

As part of WMRE's annual net lease investment research, we asked respondents their expectations on where cap rates are going. More than half of investors (57 percent) expect the risk premium (i.e., the spread between the risk-free 10-year Treasury and cap rates) to increase over the next 12 months, which reflects a significant increase over the 42 percent who held that view in the 2021 survey. One-third of investors think the risk premium will remain the same and 11 percent predict a decline.

“If we have a rising rate environment, eventually that is going to have an impact on cap rates,” says Mark E. West, a senior managing director in the Dallas office of JLL Capital Markets, Americas, and co-leader of the firm’s national corporate finance and net lease group. Pricing will have to shift in order for investors to generate the desired yield. In addition, the high inflation, rising interest rates and geopolitical issues surrounding the Russia-Ukraine conflict have created a lot of uncertainty in the market and rate volatility. So far, it is still a bit too early to tell, but it does appear that spreads are likely to widen because the cost of debt is going up, he says.

Related: Corporations Are Bringing Needed Inventory to the Sale-Leaseback Market

Among the major property types, respondents reported the lowest mean cap rate for net lease industrial at 4.8 percent, followed by retail at 5.3 percent and office at 5.6 percent—all marks about 100 basis points lower than the Boulder Group’s figures. A majority of respondents expect net lease cap rates to move higher in all three property sectors in the coming year.

Cap rates have compressed across the board for most retail net lease assets, and sellers are getting 10 to 15 percent higher prices now than they were a year ago, says Chad Kurz, an executive vice president at Matthews Real Estate Investment Services.

Logically, if interest rates rise and inflation remains high, cap rates should follow. The other side of the equation is that cap rates aren’t driven purely by interest rates. Supply and demand is a big variable that will have an impact on cap rates. For example, while the cost of borrowing has gone up 80 basis points in recent weeks, in some cases, cap rates have gone down another 50 basis points–largely due to supply and demand, Kurz says. “It feels like we might be in the seventh inning, but it all comes down to supply and demand, and there is such strong demand from investors to buy passive net lease deals,” he adds.

“There is a lot of resistance built into the market in respect to upward movement in cap rates for a few reasons,” says BJ Feller, a managing director and partner at the Stan Johnson Company. In addition to the supply-constrained market, a second factor is a structural trend of more low-leverage or all-cash investors transacting in the marketplace. “The good news about a marketplace where the prevailing leverage is much lower than it was in the Great Recession in 2008 and 2009 is that people aren’t necessarily solving for leveraged yields,” he says. Demand from cash or low-leverage buyers could insulate some cap rates from upward movement in interest rates.

The full version of net lease investor research, brought to you by W.P. Carey, will be published in early April.