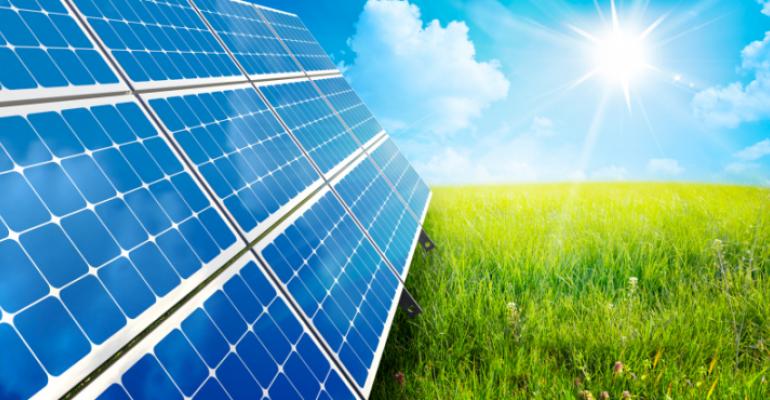 Many Green Funds Stay in the Black

Not all green stocks have fallen into the red.

The short-term outlook for many solar and wind companies remains bleak because markets still face excess supplies, says Patrick McVeigh, president of Reynders, McVeigh Capital Management, a financial advisor in Boston. “A lot of the alternative energy plays are volatile small companies that don’t have good balance sheets,” he says. (News has recently surfaced that some testing labs are finding defective solar panels, according to published reports.)

But not all green stocks have fallen into the red, says McVeigh. At a time when dozens of producers of solar panels have gone bankrupt, many companies are earning growing profits by enabling customers to use traditional energy sources more efficiently. Demand is growing for a range of businesses, including providers of smart power meters, wastewater treatment, and energy efficient pumps. Funds that specialize in the stronger green fields have been delivering solid returns. Steady performers include Calvert Global Water (CFWAX), which returned 9.27 percent annually during the past three years through April, and Pax World Global Environmental Markets (PGRNX), with a return of 8.34 percent.

The winning managers say that their companies will enjoy increasing demand as businesses struggle to cut energy costs and develop new sources of water. Sales to emerging markets will provide a big boost for U.S. companies. All that should enable green companies to grow faster than the overall market. “We expect that the companies in our portfolio should increase earnings by 12 percent or 13 percent in the next 12 months,” says Bruce Jenkyn-Jones, portfolio manager of Pax World Global Environmental.

The Pax World fund has managed to deliver solid returns by avoiding troubled industries and focusing on growing areas. Portfolio manager Jenkyn-Jones has the freedom to invest in all kinds of companies that help to preserve the environment. But he has no assets in companies that make solar or wind power equipment. Instead, he has big stakes in companies that provide pollution control and energy efficiency.

Jenkyn-Jones looks for quality companies that derive at least 20 percent of their revenues from businesses that help to preserve the environment. The holdings range from reliable giants to small companies with growing earnings. A blue-chip holding is Emerson Electric, a large producer of controls for power plants and industrial motors. “As demand for energy efficiency increases, Emerson can grow faster than the market expects,” says Jenkyn-Jones.

Water stocks rank among the strongest green performers of recent years. As water shortages mount around the globe, companies and governments are spending more on desalination and wastewater treatment. Water utilities are investing heavily in infrastructure and testing equipment. Rising earnings in the sector have boosted Calvert Global Water. The fund holds a mix of utilities and infrastructure companies. As markets became volatile in 2011, portfolio manager Matt Sheldon emphasized regulated utilities, which sell water to municipalities and commercial customers. The utilities tend to generate consistent revenues and steady dividends. The shift to utilities helped the fund as nervous investors sought safer investments. By 2012, utilities shares had become rich, says Sheldon.  “We started selling the utilities and moving to riskier infrastructure stocks,” he says.

The fund now has half its assets in infrastructure stocks, including companies that provide pipes and services. A holding is Danaher, which makes equipment that is used to test water quality. Sheldon says that his portfolio trades at a forward price-earnings multiple of 16. That is a premium to the market. But he figures that the stocks are worth the extra price because their earnings should grow at rates in the mid-teens over the next two years.

ETF investors can consider PowerShares WilderHill Progressive Energy (PUW), which has returned 10 percent annually during the past three years. The fund invests in companies that reduce pollution and encourage the efficient use of fossil fuels. The Progressive Energy fund does not include any producers of solar panels; another PowerShares fund specializes in solar power and other alternative energy sources. “The companies in the Progressive Energy portfolio can help to lower carbon—but they do not meet zero-carbon standards,” says Robert Wilder, who runs the index that the ETF tracks.

Wilder aims to maintain a diversified collection of about 50 green stocks in the portfolio. Holdings include A.O. Smith, a maker of efficient water heaters, and General Cable, which produces high-voltage transmission cables. Wilder makes subjective judgments about what belongs in the fund. While many companies produce both oil and gas, Wilder only selects pure producers of gas, which creates less pollution than oil and coal.

The portfolio is dominated by familiar names from the S&P 500, including Microsoft and Google. But there are no makers of military weapons or dirty industrial businesses. “There are no coal producers in the portfolio and not many oil companies,” says Leslie Samuelrich, senior vice president of Green Century Capital Management.

Compared to the S&P 500, the MSCI KLD fund has a low weighting in energy stocks and an overweight in technology. Morningstar says the index fund fits in the large growth box. Not surprisingly, Green Century has excelled when tech stocks were in favor. During the Internet bubble of the late 1990s, the fund soared—only to crash when technology stocks collapsed in 2000. During the past three years, Green Century trailed the S&P 500, but the fund surpassed troubled green competitors by a wide margin.