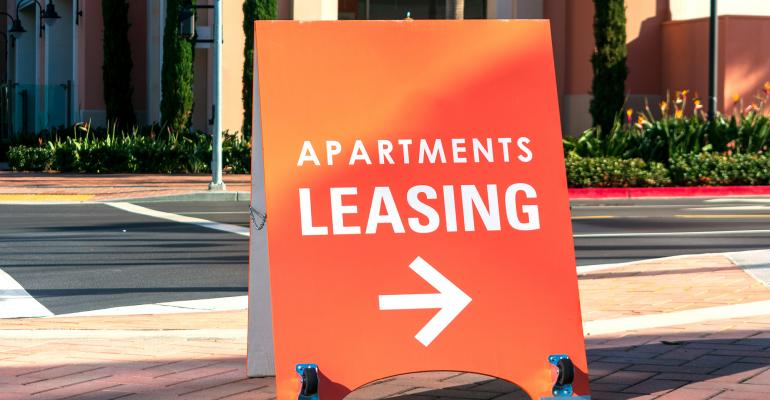 Start Slideshow ›
These markets saw the strongest net absorption of apartment units in 2020, even amid a pandemic.

While the past year hasn’t gone without hiccups for the U.S. multifamily sector, with some households struggling to pay rents and a few gateway cities seeing spiking vacancies, the sector still posted a surprisingly strong performance, according to a March report from real estate data firm Yardi Matrix. Net absorption of apartment units declined by only 12 percent compared to 2019, to 252,000 units or 1.7 percent of the country’s total apartment stock. The average national apartment occupancy rate at the end of December stood at 94.7 percent.

Moreover, strong demand for rental apartments was seen throughout the U.S., with 25 of the country’s 30 largest metros posting net absorption of 158,300 units, Yardi Matrix researchers note. Absorption was strongest in Southwest and Southeast cities, including Atlanta, Austin, Texas and Tampa, Fla., which have seen population influxes for a few years now. In fact, the Southeast region led the country in both overall absorption, at 96,740 apartment units, and in the percentage of available stock that’s been absorbed, at 2.4 percent.

To gain a more detailed view into which markets outperformed for the multifamily sector in 2020, here’s a look at Yardi Matrix’ top 20 markets for net absorption, with the breakdown of their overall property fundamentals.