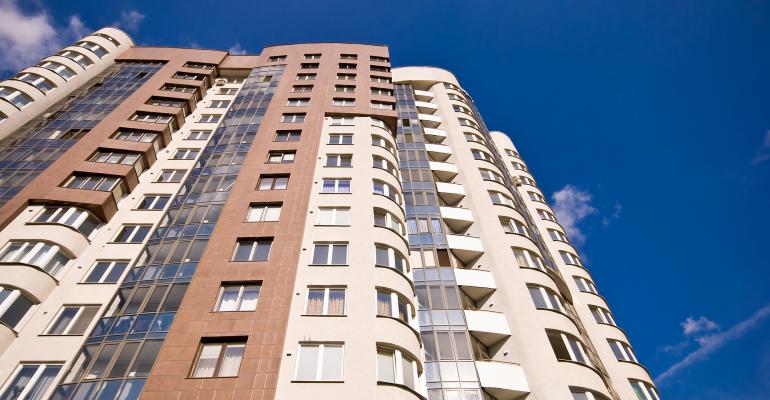 Apartment Rents on the Rise in Most Markets

Some markets have fully recovered from pandemic dips and will see rent gains north of 5.0 percent by the end of the year.

Apartment rents are rising quickly in many cities and towns across the U.S.—faster than most economists were anticipating.

“Pricing in most spots—really all but the gateway metros—is at all-time highs,” says Greg Willett, chief economist for RealPage, headquartered in Richardson, Texas. “Apartment rents by and large are moving up substantially, more than many expected coming into 2021.”

The rents offered for new leases reached a new high in April 2021, averaging $1,430 a month across the U.S., according to Yardi Matrix. That’s up 2.0 percent from the $1,401 offered in April 2020, when the U.S. economy was largely shut down to slow the spread of the coronavirus. It’s also higher than the peak of $1,405 reached in March 2020, just before the pandemic began. Average apartment rents offered for new leases sagged to a low of $1,398 in May 2020—a discount of just a few dollars.

With some notable exceptions, the rents property managers offer for new leases (not including concessions) ultimately didn’t drop much even early in the pandemic. Property managers are generally slow to cut their offered rents, especially when they are facing a challenge they hope is just a temporary setback.

By October 2020, average offered rents had regained the few dollars per month they lost in the first months of the pandemic, matching their old peak and continuing to rise through the winter, even as the number of COVID-19 cases diagnosed rose again over the holidays.

Rents are also growing more quickly as the U.S. economy continues to recover. The increase in April was the largest bump in rents since the start of the pandemic.

In more than a third (19 out of 50) of the largest metropolitan areas in the U.S., Average rents were 5 percent higher in April 2021 than they had been 12 months earlier according to RealPage. The most improved markets include several growing cities in the Southwest. “There are double-digit annual price increases in Riverside/San Bernardino, Phoenix, Sacramento and Las Vegas,” says Willett.

In a few places, desperate property managers offered months of free rent to potential renters. These concessions were largely concentrated in the central business districts of the largest, most overbuilt, “gateway” cities like New York and San Francisco. Effective rents, which include the value of landlord concessions, dropped as much as 10 percent or even 20 percent in these places during the pandemic compared to the year before, and are now gradually recovering, though they still have a long way to go before rents are back to pre-pandemic levels, according to Jeffrey Adler, vice president for Yardi Matrix, working in the firm's Englewood, Colo., offices.

As more people are vaccinated against COVID-19 and more workers are likely to return to offices, at least part of the time, these downtowns are likely to strengthen. “There’s the possibility that urban core rent growth could begin to catch up to the much stronger pace of expansion that now registers in the suburbs,” says Willett.

“The biggest surprise in the rent performance stats so far this year is how much pricing has improved in the class-A, luxury stock that took such a big hit during 2020,” says Willett.

Occupancy is still relatively weak for these luxury apartments—and new luxury properties are still opening and offering deep concessions. However, “leasing momentum has returned to a level that’s strong enough to allow owners and operators to get more aggressive on pricing during prime leasing season,” says Willett.