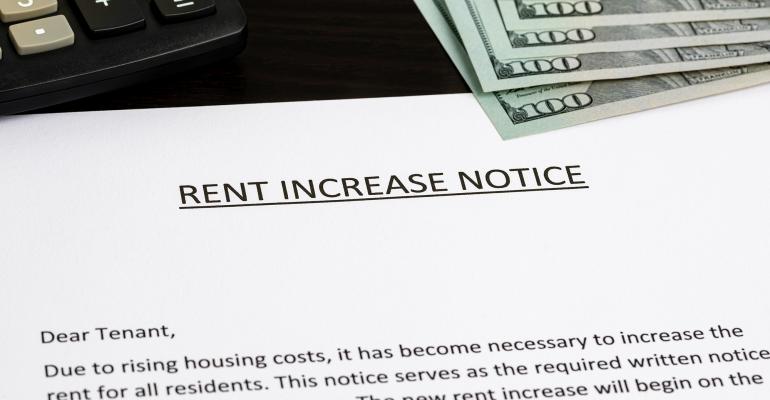 Despite the hefty increases, some apartment owners say rents for many tenants remain below accepted affordability ceilings.

The fight over rent control is starting up again. Advocates for rent regulation are pushing for new laws in Boston and other cities across the U.S.

On one side, tenant advocates say rent increases over the last year have pushed many families to the breaking point. On the other side, the owners of professionally-managed apartment properties say that despite the increases, rents remain in proportion to the incomes of their residents.

Related: Can the US Housing Crisis Be Fixed By Abolishing Zoning?

It can seem like the advocates fighting for rent control live in an entirely different universe than owners of professionally-managed apartment communities fighting against rent control.

That’s because they do.

The universe of properties where millions of renters pay more than a third or even half their incomes on rent is very different than the universe of properties bought and sold by institutional investors and operated by professional managers, according to the data in new reports out this summer from RealPage and the Harvard Joint Center for Housing Studies.

In the hottest housing markets, rents rose more than 20 percent in 2021. On average, professional apartment managers raised effective rents 12 percent at rental communities across the U.S., over the 12 months that ended in the first quarter of 2022, according to data from CoStar. Economists estimate these rents will rise again over the rest in 2022.

Shocking numbers like these have fueled calls to control the amounts that rents can rise.

Broader measures of rental prices also showed steep increases. The Consumer Price Index for rent of primary residence covers the entire rental stock, but is slow to register changing conditions. It was up 4.8 percent over the 12 months that ended in April 2022. This increase was more than double the 1.8 percent rise in April 2021 and the largest change since March 1987. The latest reading also surpassed the 3.7 percent average annual increase in rents from 2015 to 2019.

The renters at professionally-managed apartment properties

The median household income of renters at what RealPage calls “market-rate” apartment communities (excluding smaller apartment properties and “mom and pop” operators) soared to an all-time high of $75,000 a year in mid-2022. That's up 15.4 percent since 2020.

At the same time, the median monthly rent on a new lease jumped $1,510, nationally. That's up 21.9 percent since 2020. Taken together, these renters spent just 23.2 percent of their income on rent, up from 21.3 percent in 2021, according to RealPage in its 2022 Market-Rate Apartment Affordability Report.

"It's still well below the generally accepted affordability ceiling of 33 percent," says Parsons.

To put it another way, these renters could double the amount they pay for rent and still pay less than 50 percent of their income on housing—which is the standard to be “severely burdened” with housing costs.

But across the U.S., millions of other renters earn less and pay more.

The universe of professionally-managed properties leaves out millions of properties. “It excludes the large 'mom and pop' market of small multifamily and single-family rentals,” says Jay Parsons, vice president and head of economics and industry principals for RealPage.

Nearly half (46 percent) of renters households overall pay more than 30 percent of their incomes for housing. Another quarter (24 percent) pay more than half their income for shelter, according to an analysis of 2020 Census data by the Harvard Joint Center for Housing Studies in its State of the Nation’s Housing Report for 2022.

The vast majority of these cost-burdened renters earn incomes under $30,000.

By definition, these cost-burdened renters can't be living in professionally-managed apartment communities, where the rules typically require potential residents to show they earn 30 times the monthly rent in annual income.

Millions of renter households (8.5 million) across the U.S. were not caught up on their rent this summer, even though restrictions of the coronavirus pandemic had largely vanished and the U.S. economy had more than recovered—it had overheated.

The renters who owed unpaid rent during the week ending August 8 add up to 14 percent of the total 61.3 million renter household in the U.S., according to the Household Pulse survey data kept by the U.S. Census.

Those 8.5 million households who were late in their rent is down from the 10.5 million people who were late in their rent in December 2020, at the end of the first year of the pandemic. It may be that this number of late-paying renters is not related to any national crisis like the pandemic or recovery, but is simply a normal amount of people to have missed payments when so many low-income people are financially stressed.

“The last time that housing production was nearly as high was 1973,” according to Harvard. “Together with rising interest rates, the strong pipeline of new housing should help to slow the rise in home prices and rents.”