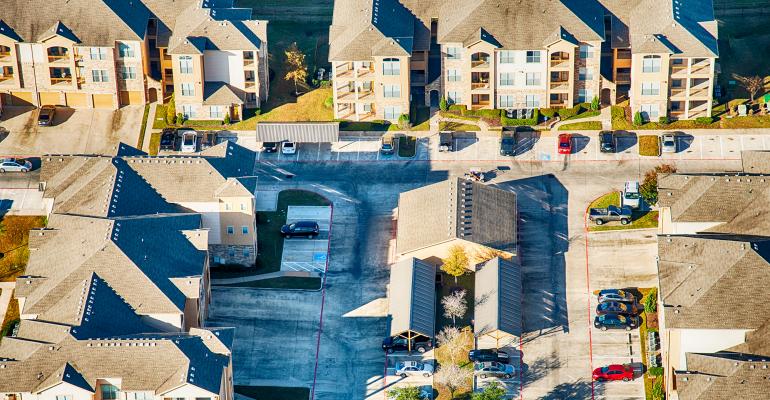 Multifamily values are rising at an unprecedented clip. But they seem to be supported by property fundamentals.

Over the past 18 months, multifamily values have increased so substantially that even industry veterans who’ve experienced multiple real estate cycles are a bit surprised.

Related: All in the Multifamily: Apartment Boom Continues

According to real estate data firm Real Capital Analytics (RCA), the RCA Commercial Property Price Index (CPPI) for the apartment sector climbed 23.6 percent year-over-year in 2021—the highest increase on record and even stronger than pre-Global Financial Crisis when investors were purchasing apartment buildings to convert them into condos to take advantage of the overheated residential market.

CPPI measures the actual price experience of property investors—the capital appreciation component of total return, by quantifying the change in prices based on empirical results of validated transactions. According to RCA, the average price per unit for apartment building sales in 2021 was $459,212.

“The first word that comes to my mind to describe multifamily today is aggressive,” says Keith Misner, executive vice president and co-head of investment sales for Berkadia. “Everyone is approaching investment opportunities and values with an aggressive stance. If someone bought an apartment complex 18 months ago, they can easily sell it now for 20 percent to 50 percent more than what they paid for it.”

The multifamily sector has become the largest, most liquid piece of the U.S. commercial property investment market in recent years, but that hasn’t always been the case, according to RCA’s 2021 U.S Apartment Capital Trends report. From 2005 to 2014, investment in apartment assets represented only 24 percent of the total market. Last year, as investment in secondary and tertiary markets gained steam, it accounted for 41 percent of the market.

More than $335 billion worth of multifamily properties traded hands in the U.S. in 2021, according to RCA. Experts are predicting another record year for multifamily investment in 2022, driven in part by Fannie Mae and Freddie Mac’s increased cap of $78 billion on multifamily purchase volumes.

“Liquidity is incredibly strong, and demand for multifamily assets is unprecedented, which has pushed transaction volume to a historic high,” Morgan says.

While it would be easy to attribute the increase solely to the enormous amount of capital chasing multifamily properties and the availability of cheap debt, experts agree that increased valuations are based on reality, not fantasy.

Some 460,000 multifamily units were absorbed in 2021, more than double the previous year and more than 50 percent above the previous annual high, according to data from Yardi Matrix. With absorption exceeding the growth in new stock, the national occupancy rate at stabilized properties rose 130 basis points year-over-year through December to 96.1 percent.

January recorded solid multifamily rent gains, according to Yardi Matrix, with average U.S. asking rents rising to a record $1,604 per month (an increase of $8 per month). Year-over-year rent growth increased to 13.9 percent, a new high and up 30 basis points over December. Rates increased by 20 percent or more in six of the top 31 metros, and by 10 percent or more in 28 of the top 31, which represents nearly 90 percent of the markets that Yardi Matrix tracks.

“The math is proving the value,” Misner says. “There’s income to support the valuations.”

The value of space

Multifamily values are increasing faster for suburban properties than urban ones in major metros.

“Prior to the pandemic, all the talk was about urban properties and walkability,” says Morgan. “That’s really been turned on its head since COVID. We’ve seen migration out of urban markets that are really reliant on mass transit into more suburban and car-driven markets—think Dallas-Fort Worth, Houston, Phoenix and Tampa.”

At the end of 2021, cap rates for both garden-style apartment buildings and mid/high-rise apartment buildings averaged 4.5 percent, according to RCA. However, garden-style assets experienced cap rate compression of 50 basis points from the previous year, while mid/high-rise assets saw less cap rate compression, at 30 basis points.

Misner and other experts attribute the shift to Millennials and Gen Z’s “migration to space”—larger units and smaller cities where there’s more room. In fact, the strongest growth in multifamily values last year occurred in non-major metros, according to RCA.