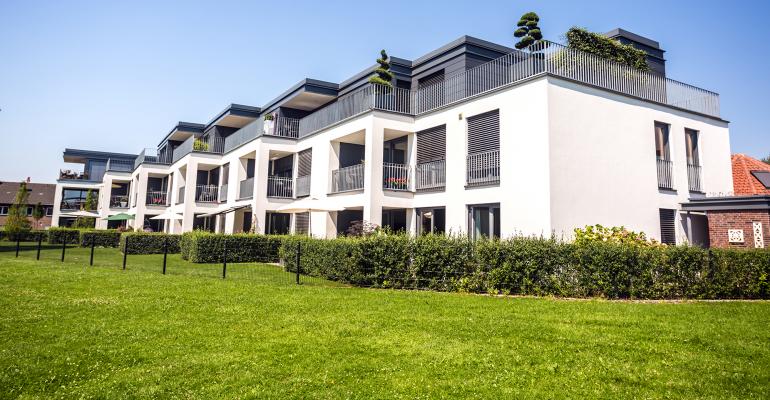 The cost of land and the cost of construction have crept higher and higher, creating challenges for multifamily developers.

High-end, high-rise apartments in densely-developed urban areas were hurt badly by falling rents and occupancies in the pandemic. Less-expensive, garden apartments fared much better. And developers are eager to build more to meet demand as the economy recovers. But starting construction on a new garden apartment property is an easier goal to set than it is to achieve. That’s because high materials prices and delays in delivering them have driven up development costs.

Developers started construction on about 125,900 new apartments per quarter throughout the 2020 pandemic, from the second quarter of 2020 through the fourth quarter, according to Real Capital Analytics (RCA), a data firm based in New York City. That’s only down 8 percent compared to the same period the year before.

Despite the uncertainty of the pandemic, developers kept pushing to start construction on new apartment properties overall in part because of the high prices relative to the income from the properties that apartments have earned from investors in recent years—and the likelihood that value would last through the pandemic. “The compression in cap rates in previous years provided developers with an incentive to deliver more units to the market,” according to Jim Costello, senior vice president for RCA.

The pandemic had less of an impact on the rents and occupancy rates at garden apartments during the pandemic—and that made them even more attractive, in theory than taller apartment projects.

“The mid-rise and high-rise market is clustered in dense urban areas, where concerns over COVID-19 were most acutely felt,” according to Costello.

The pandemic had less impact on developers’ plans to build garden apartments than on their plans to build taller apartment buildings. The number of garden apartments started by developers from the second quarter through the fourth quarter of 2020 barely changed compared to the same period the year before, falling by just 1 percent, according to RCA. In comparison, the number mid-rise apartments fell more steeply by 14 percent.

“Struggles experienced in the luxury product sector over the past year have underlined that there are downside risks in that space, whereas performances have held up better in class-B properties,” says Willett.

However, garden apartments are still difficult to build. The cost of land and the cost of construction have crept higher and higher. To pay those rising costs, properties need income from rents—and that need often forces them to squeeze more apartments, adding more stories to their buildings.

Just a fraction of the current proposed multifamily development projects (3.6 percent) are garden apartments even though garden apartments represent nearly half (49 percent) of the existing inventory of apartments, according to CoStar. That reflected the changing math of what it makes sense for developers to build.

The rest (22 percent) of the proposed multifamily development projects are low-rise apartments. These projects are one to three stories in height—like garden apartment communities. But they don’t qualify as garden apartments, according to CoStar, because the properties include three buildings or less. “Because of the limitations on its size, those assets are less likely to be institutional,” says CoStar’s Biasi.

Developing a garden apartment community—a community with three stories in height or less that is located on a site large enough to hold more than three buildings in a sub market where the rents are high enough to support the cost of that land site and the cost of construction, remains very, very difficult.

“It will be tough to deliver new projects at the Class B price point, even if developers scale back all the bells and whistles and go for more mid-market finish-out,” says Willett.