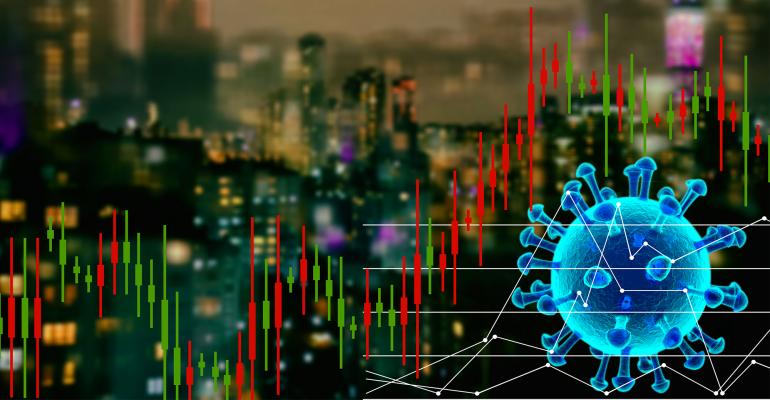 We check in with Alicia Glen on how her impact investment platform MSquared has fared since its launch in 2020.

Glen, who was the architect of one of the largest housing plans in the nation, oversaw the development and financing of more than 125,000 affordable homes in New York City. By leveraging her experience and extensive network, she and the MSquared team raised $107.6 million for the company’s first fund—the Equitable Housing Solutions Fund I (EHSF).

EHSF raised capital through a combination of private and non-profit partners, including Citi Community Capital, the urban investment group within Goldman Sachs Asset Management, Wells Fargo and the Community Preservation Corp. The fund will invest in mixed-use, mixed-income projects in cities nationwide, with a focus on women- and minority-owned development teams.

The successful fundraising efforts encouraged Glen to immediately launch a second fund, MSquared Impact Partners Fund I, which aims to raise up to $200 million from non-institutional investors to invest in mixed-income, mixed-use projects that promote a holistic approach to a livable city: one that is affordable, sustainable, diverse and inter-connected.

WMRE recently spoke to Glen to catch up on MSquared’s fundraising experience over the past year.

WMRE: What is MSquared’s investment strategy? 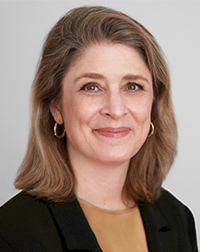 Alicia Glen: We are focused on projects that address the breadth of the affordability crisis. In many cities, economic success has resulted in a “barbell” economy with tech employees on one end and service employees on the other.

There is a macroeconomic supply and demand mismatch for affordable housing. We all have a stake in making our regions and cities more affordable. If nurses and teachers and firefighters can’t afford to live in our communities, they can’t serve our communities.

We feel very strongly that better buildings create better communities and better outcomes. I think we all realize (and believe) that segregated housing has not led to great results. That’s why we’ve decided to invest in mixed-income projects with an affordable housing component and a market rate component.

WMRE: Can you tell us how MSquared’s impact strategy extends beyond affordability?

WMRE: Right now, MSquared is exclusively focused on new development or adaptive reuse projects. Why has the firm taken this approach?

Alicia Glen: There’s been a ton money raised for rehabs, but buying class-B properties is not helping the problem. If you’re really interested in making an impact in high growth metro areas, then you have to add to the housing stock, either through building or adaptive reuse. We prioritize ground-up development to create new units with long-term affordability requirements rather than simply investing in the preservation of existing assets.

WMRE: What differentiates MSquared from other investment managers?

Alicia Glen: We’re the only firm where impact investing is all we do. It’s not a side hustle for us. It’s in our DNA.

WMRE: You’re in the middle of fundraising for MSquared’s Impact Partners Fund I. Has your investor base changed from the Equitable Housing Solutions Fund I?

Alicia Glen: Yes. The first fund was specifically targeted toward financial institutions that wanted to put money out in mixed-income projects in the jurisdictions where they’re active. It was banks and institutions that have a clear mandate under CRA [Community Reinvestment Act] to invest capital in projects that address affordable housing. Those investors had very specific objectives, which is great because it aligned with our objectives.

When we were raising EHSF, a lot of people expressed interest in what we are doing. If they’re being honest with themselves, they’ll admit that they’re not supporting racial and gender equity. They’re not investing with firms that are run by women and people of color.

For our Impact Partners Fund, we’re targeting family offices, high-net-worth individuals and foundations who are interested in investing in projects that have a demonstrable social impact and provide strong risk-adjusted returns.

Alicia Glen: Our Impact Partners Fund I is the first impact fund to ever be available on Citibank’s private wealth platform. That is a real stamp of approval for us. Private wealth platforms and advisors are realizing there is huge demand from their clients to put some of their wealth into impact strategies.

We’re not exclusive to Citi though. We have an IR person who reaches out to a list of family offices and endowments that have publicly expressed an interest in impact investing. And it’s also a lot of word of mouth, using our own contacts and network.

Alicia Glen: In this day and age, we’re largely Zoom-based, which means that we’re able to touch a lot more people and have far more conversations than if we had to jump on a plane every time we wanted to talk with a potential investor. Tech has allowed more emerging managers like us—who don’t have the time and budget—to raise capital. As for current investors, we have an investor portal for ongoing communication.

WMRE: How does MSquared structure its deals?

Alicia Glen: The capital that we’ve raised is flexible, and there’s a mix of where we can be in the capital stack. We can be an LP or GP, and we’re doing a deal now where we are preferred equity. We don’t want to have all our eggs in one place on the risk spectrum. We are not investing in pure play debt.

WMRE: What is the range of returns MSquared expects for its investments?

WMRE: What markets do you feel are particularly attractive? Why?

Alicia Glen: Our target markets reflect where affordability issues are the most acute right now. Across the U.S., the percentage of people who are rent-burdened is skyrocketing, and by rent-burdened, I mean spending more than 30 percent of their pre-tax income on housing.

A lot of folks are severely rent-burdened, they spend 50 percent or more of their income. That means there’s far less money to spend on the things that could create economic opportunities for their families.

There are a lot of markets that have a structural affordability problem. We’ve all heard about the affordability issues in the Bay Area, and the truth is: no one wants to become the Bay Area. For a lot of cities, focusing on affordability now is future-proofing. We want to be in the places where city leadership is thinking about these issues and looking to private capital to help solve them.

We’re pursuing projects in cities such as Austin, Charlotte, Miami and Nashville. We just got picked to do a project in Austin, which is really emblematic of the cities that have experienced high wage growth with tech employment and are now beginning to have a serious housing crisis.

WMRE: Speaking of Austin, can you tell us more about MSquared’s first project there?

Alicia Glen: The project is called Crestview Village, and it’s one of several projects in the planning stage. We’re developing it in partnership with two other women- or minority led firms—O-SDA Industries and Saigebrook Development—and Austin-based 3423 Holdings. The plan calls for 335 mixed-income apartments, with 60 percent set aside as affordable for a range of incomes. The project will also include nine affordable townhomes for sale developed in partnership with Habitat for Humanity.

Crestview Village is directly adjacent to Capital MetroRail’s Crestview Station. It will have a new 4.7-acre public park and a number of community-oriented spaces, including an affordable childcare center, a healthcare and wellness center, an artist studio and exhibition space and two restaurants showcasing local food operators.

The site is owned by the City of Austin. The Austin City Council approved MSquared and its partners as developers in August.

Alicia Glen: Our biggest success so far has been raising more than $100 million for a first-time fund in the middle of a global pandemic. That’s pretty epic. I think 99 percent of people would have said it was just too hard and decided not to do it. But we have a relentless belief in what we’re doing, and investors were responsive.

As far as our biggest failure… knock on wood.