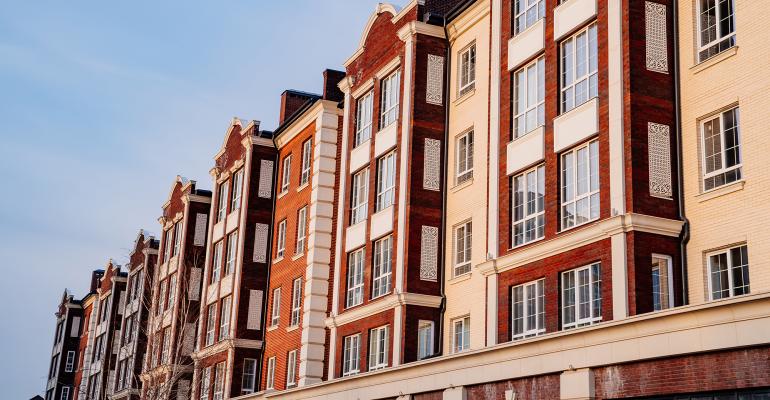 (Bloomberg)—A teacher, a cop and a bartender walk into an apartment complex, all looking to sign a lease. The odds won’t be in their favor.

Changing their fates is what Alicia Glen had in mind when she started MSquared, a real estate firm that aims to create more affordable housing for middle-income Americans while hiring women- and minority-owned companies to build it.

MSquared recently closed its first fund after raising $108 million from investors such as Citigroup Inc., Goldman Sachs Group Inc. and Wells Fargo & Co. It’s now preparing to kick off its second fundraising effort, with a goal of $150 million.

“Getting the stamp of approval that this idea is resonating with institutional investors is incredibly exciting,” Glen, a former New York deputy mayor for housing and development, said in an interview. “This is a real testament to both the thesis, the team and that the world is looking for solutions.”

The shortage of affordable housing in the U.S. was a national crisis well before the pandemic rattled the economy. Rents now are jumping, with some cities seeing year-over-year increases of more than 25%.

MSquared is focusing its efforts on growing cities where the influx of high-earners is pushing housing costs out of reach of many renters -- “places that actually want to tackle the problem,” Glen said.

One of those is Austin, Texas, where rents jumped 16% in September from a year earlier, data from Zillow show. MSquared is working with women-led companies O-SDA Industries, Saigebrook Development and 3423 Holdings to build 335 apartments close to a rail station in the city’s Crestview neighborhood.

Plans call for 40% of the apartments to be set aside as affordable -- and they’ll remain so for 40 to 50 years under an agreement with the city. That assurance was crucial given that Texas has no state rent-control law, meaning rates could be increased at any time, according to Glen, a veteran of Goldman Sachs and its Urban Investment Group.

MSquared is also investing in a development in upper Manhattan’s Inwood neighborhood that will include 700 units of mixed-income housing and a supermarket.

The firm’s fundraising comes at a time when investors are under pressure to support more female- and minority-run businesses. But pledging to one of MSquared’s funds “is not a one-and-done problem,” Glen said.

“People can’t say, ‘Oh, I invested in a woman-owned business’ and then take a victory lap,” she said. “Why don’t you invest in a thousand women-run businesses, and then call me.”