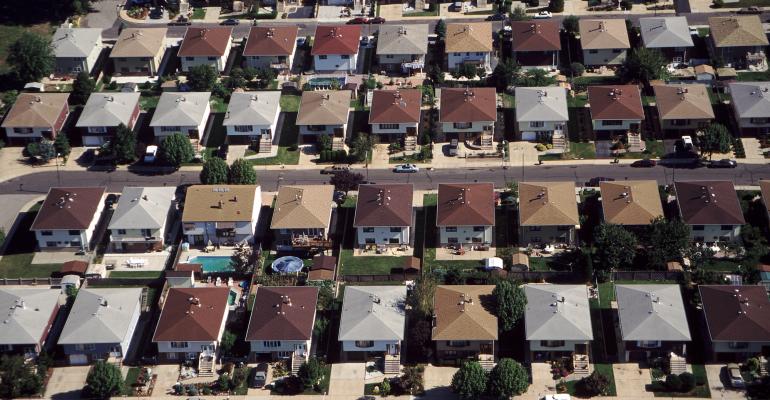 (Bloomberg)—Federal Housing Administration mortgages -- the affordable path to homeownership for many first-time buyers, minorities and low-income Americans -- now have the highest delinquency rate in at least four decades.

The share of late FHA loans rose to almost 16% in the second quarter, up from about 9.7% in the previous three months and the highest level in records dating back to 1979, the Mortgage Bankers Association said Monday. The delinquency rate for conventional loans, by comparison, was 6.7%.

Millions of Americans stopped paying their mortgages after losing jobs in the coronavirus crisis. Those on the lower end of the income scale are most likely to have FHA loans, which allow borrowers with shaky credit to buy homes with small down payments.

For now, most of them are protected from foreclosure by the federal forbearance program, in which borrowers with pandemic-related hardships can delay payments for as much as a year without penalty. Last month, the MBA said about 4.1 million homeowners, representing 8.2% of loan balances, were in forbearance.

Housing has held up better than expected in an otherwise shaky economy, with record-low mortgage rates fueling sales of both new and previously owned houses. With job losses mounting and Congress slow to act on a fresh stimulus package, that momentum could be threatened.

New Jersey had the highest FHA delinquency rate, at 20%. The state also had the biggest increase in the overall late-payment rate, jumping to 11% in the second quarter from 4.7%. Following were Nevada, New York, Florida and Hawaii -- all states with a high proportion of leisure and hospitality jobs that were especially hard-hit by the pandemic, the MBA said.

But the current spike in delinquencies is different from the Great Recession, thanks in part to years of home-price gains and equity accumulation, according to Marina Walsh, vice president of industry analysis for the bankers group.