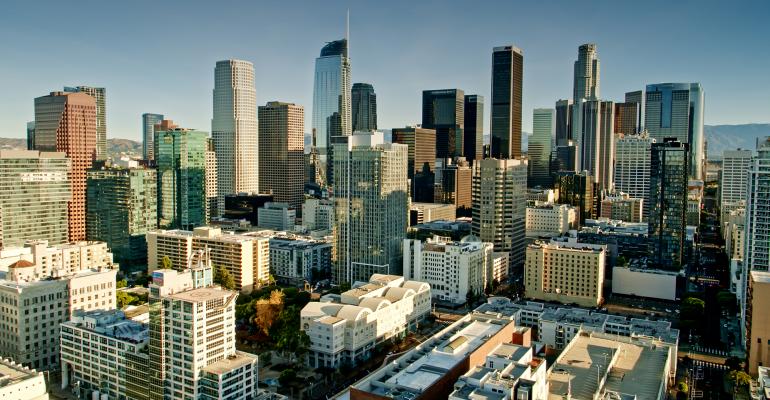 Investors are rushing to buy downtown apartment properties in the biggest cities in the U.S.

Even though the coronavirus pandemic stubbornly refuses to end, apartment investors are spending money faster than ever downtown. They are following renters who returned to downtown neighborhoods—even though many these renters still work from home in their luxury apartment towers. The percentage of apartments that are vacant in these downtown submarkets is now lower than it was before the pandemic. And average rents are rocketing higher.

Economists feel that apartments in downtown areas might become even stronger in the coming year. “There’s an argument to be made that the peak has still yet to be realized in the coastal gateway urban areas in particular,” says Jay Parsons, deputy chief economist for RealPage.

Investors spent $32.2 billion to buy high-rise and mid-rise apartment properties in the third quarter of 2021, even though at the same time the Delta variant of the coronavirus spread across the U.S.

Those taller buildings tend to be in denser, more urban areas. “They are a good proxy for downtowns,” says Jim Costello, senior vice president for Real Capital Analytics (RCA) based in New York City. “We have never seen a pace of investment that strong.”

That’s a huge improvement from the same period in 2020, when investors spent just $8.9 billion. “There was uncertainty then around the income of downtown apartment properties—buyers and sellers were far apart,” says Costello.

It’s also much more than investors spent even in healthier days before the first wave of the coronavirus, in the third quarter of 2019, when they spent $17.3 billion, according to RCA.

Investors are eager buy apartments downtown because renters have returned. Vacancy rates are low and rents are high—even though the coronavirus has decidedly not gone away

“In the 14 markets we examined, all downtown submarkets improved in similar ways,” says Jay Lybik, national director of multifamily analytics for CoStar Group.

Apartment rents are growing very, very quickly across the U.S.—asking rents increased 11.0 percent on average over 2021 in the top 14 metropolitan areas, according to CoStar, which refers to luxury apartments as “four-star" and "five-star” communities.

But rents are growing even more quickly for these top properties in the downtown submarkets of those cities—14.2 percent in 2021, according to CoStar. Apartment rents are likely to keep growing more quickly downtown. CoStar projects 7.6 percent rent growth in 2022. “That’s just above the 7.0 percent that we are forecasting nationally,” says Lybik.

The downtown apartments are past simply recovering from the coronavirus pandemic.

Rents were higher at the end of 2021 than they were before the crisis in all but two of the top 14 downtowns, according to CoStar. “Only two downtown submarkets—Seattle and Houston—don’t have asking rents higher than the levels recorded in the fourth quarter of 2019,” says CoStar’s Lybik.

The rents are growing in these downtown submarkets as they become fundamentally healthier. In most top downtowns, property managers have found renters for the apartments that stood empty during the crisis.

“Occupancy levels have rebalanced from the pandemic,” says Parsons. At the end of 2021, the percentage of apartment occupied in urban core markets was 96.4 percent, according to RealPage. That’s up from under 95 percent in February 2020 and 92.5 percent at the lowest point of the downturn.

“There’s been a lot of inflow back into urban neighborhoods and as the quality of life components that made those areas desirable to begin with reemerge, we think that will help boost overall fundamentals,” says Parson.

Among downtown areas, some are still doing better than others.

“Urban core submarkets in places like Phoenix and Tampa (Fla.) barely saw any impact over the past year or two,” says Parsons. “In those two markets, rents are 20 percent above the pre-pandemic mark… Conversely, there are a few areas in the nation that have still yet to fully recover.”

Apartment rents are still lagging in the San Francisco Bay area, Minneapolis and pockets of Washington, D.C., he says.

And in the biggest big city, apartment rents have recovered their losses, but are still growing relatively slowly for these fast times.