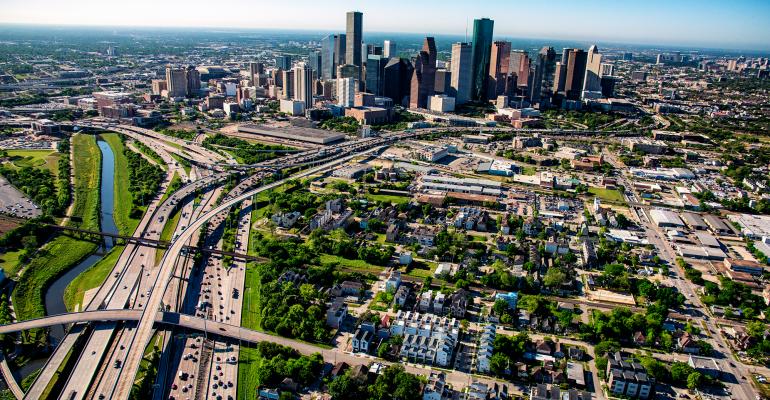 Apartment investment sales volume in the Houston metro area has risen more than almost anywhere else in the U.S. so far in 2021.

Investors are likely to spend more money to buy apartment properties in Houston than ever before in 2021.

That’s a quick reversal for a city already known for sudden changes. Investors poured money into Houston apartments in the years just before the coronavirus pandemic. But developers struggled to rent thousands of new apartments during the crisis. Investors fled the market.

Demand for rental apartments returned to Houston this year. Rents have risen more than 11 percent and investors are on track to spend more than ever on multifamily properties.

“This will be a record year for the market,” says Dustin Selzer, senior director in the Houston office of JLL Capital Markets. “The transaction volume in Houston through October 2021 has nearly surpassed the previous annual high water mark. “

Apartment investment sales volume in the Houston metro area has risen more than almost anywhere else in the U.S. so far in 2021. Investors spent $7.4 billion in the first three quarters of 2021, more than triple the amount they spent over the same period in 2020 (a 226 percent increase), according to Real Capital Analytics (RCA).

Investors are rushing back to Houston after fleeing in the worst days of the pandemic. “Volume in 2020 was a fraction of the previous few years,” says JLL’s Selzer. “2018 and 2019 were two banner years for investment in Houston leading up to the pandemic.”

Prices for Houston apartment properties did fall during the pandemic, along with apartment rents. Average prices were down 1.3 percent in the third quarter of 2021, compared to the year before, according to RCA.

But relative to the income produced at apartment properties, prices in Houston are still high and rising, pushing the yields investors accept lower and lower. Houston cap rates in the third quarter of the 2021 averaged just 4.7 percent—the lowest ever and just a few basis points higher than the average cap rate in the rest of the U.S.

Buyers include both investors who already own in Houston and would like to own more, along with new capital, according to Selzer. For example, TruAmerica Multifamily bought its first two apartment properties in the area in November 2021, totaling 652 apartments in Houston’s Westchase neighborhood. Camden Oak Crest’s 364 units and Camden Park’s 288 units were both developed by the seller, a Houston-based REIT.

Houston’s strong economy is particularly attractive to investors. “The pickup in transaction activity is credited to continuous improvement in property fundamentals,” says Selzer.

As Houston’s economy woke up from the quietest days of the pandemic, renters signed tens of thousands of new leases, quickly filling vacant apartments.

“The annual product absorption pace is on track to reach an all-time high in calendar 2021,” says Greg Willett, chief economist for RealPage, based in Richardson, Texas. In the first three quarters of 2021, renters absorbed 28,000 apartments. “Leasing activity this year has been especially strong at luxury properties, influenced by big job production in high-paying employment sectors.”

Because of all those new leases, 95.5 percent of Houston’s apartments were occupied in October 2021, up 320 basis points from early 2020, according to RealPage.

“There is significant pricing power in favor of the landlords,” says JLL’s Selzer. “Houston has experienced a complete pricing reset through 2021 with new pricing record being achieved across nearly every submarket.”

Effective asking rents for move-in leases were up 11.1 percent compared to the year before, taking average monthly rents in Houston to $1,236, according to RealPage.

Houston’s apartment market can quickly swing from boom to bust… and back to boom. The economy and the population have grown quickly for years. The number of rental apartments has also been growing quickly—local land-use rules are extremely permissive and land is available to build.

Developers are likely to finish 24,200 new apartments in the near term, increasing the inventory by 3.4 percent, according to RealPage. “That’s relatively tame building activity for Houston, where the past decade’s peak in ongoing construction reached 38,000 units when energy sector expansion was at its peak in 2015,” says Willett.

“Even in the midst of very challenging economic cycles, Houston will be amongst the top cities across the nation in population growth,” says Selzer. “Given the strong population growth and job growth, new supply gets absorbed well.”