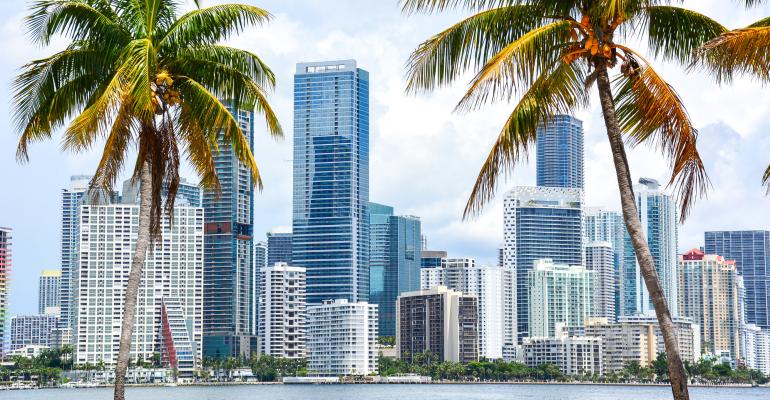 Start Slideshow ›
RentCafe looks at which U.S. markets are attracting the most apartment renters, based on metrics such as how long an apartment remains available after being listed.

Competition might be easing just a bit in the U.S. housing market as mortgage rates decline, but that hasn’t taken any pressure off the apartment rental market. In the first half of this year, apartment units that became vacant were filled within an average of 35 days, with more than a dozen renters often competing for the same apartment, according to a new report from apartment listing service RentCafe. In June, 95.5 percent of U.S. apartments were occupied, with 61.7 percent of renters renewing their leases in the first half of the year, shows data from Yardi Matrix.

But of course, the competition for new apartments is not the same everywhere. RentCafe put together a list of the most competitive apartment markets in the U.S. with a competitiveness score that combines the market’s current occupancy rate, the share of new apartment units being added to the market, the average number of days an apartment stays on the market before being leased and the number of renters applying for each apartment. In the following gallery, we take a look at RentCafe’s findings.