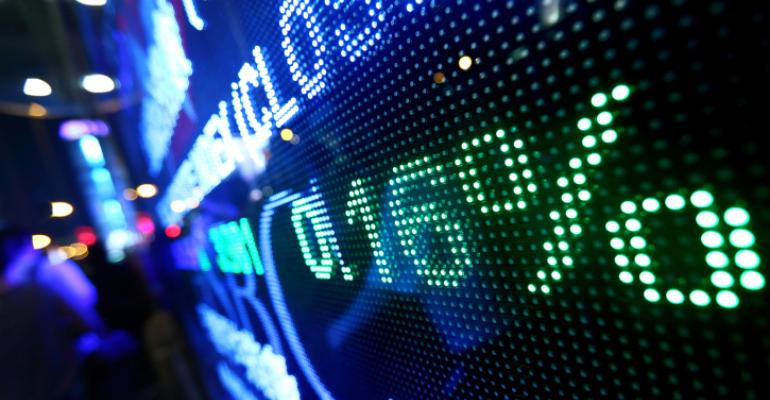 What a difference 10 years make.

Plenty of demoralized shareholders have been dumping domestic stock funds in favor of bond funds. Investors say that they have grown weary of suffering big losses. But recently, the long-term records of many funds have begun to look positive. During the 10 years ending in September, large blend funds returned 7 percent annually, according to Morningstar. That was a change from June when the 10-year return was only 4.4 percent.  The 10-year returns for small blend funds spurted from 6.5 percent in June to 9.4 percent in September. The long-term picture has improved because markets climbed in recent months, and some bad returns from 2002 dropped out of the 10-year record.

The shift in results provides a clear reminder that track records can change suddenly. Results have been particularly unstable in recent years as markets have swung sharply up and down.  To get a fair evaluation of a fund, you must look at the performance over a variety of time periods.  Consider the record of European stock funds, one of the least popular categories. Plagued by the prolonged European crisis, the funds have lost 5.8 percent annually during the past five years. But over the last ten years, European funds returned 10 percent annually. The long-term European performance is strong because the funds recorded big gains early in the decade when confidence in the euro was climbing.

Many discouraged investors have been focusing on the returns of a few years, including the period when the Internet bubble burst and the financial crisis unfolded. The pessimists have ignored the roaring rallies that have occurred since the 2009 market trough. According to a survey by Franklin Templeton, 66 percent of investors were convinced that stocks lost money in 2009, a year when the S&P 500 gained 26.5 percent.

To reach investors who are wary of stocks, you may be tempted to recommend low-volatility managers. Funds with low standard deviations tend to avoid big losses in downturns. But keep in mind that some of the safest choices excelled in the turmoil of 2008 and then lagged during the rally of 2009. As a result, the funds have varying records in different time periods. Some low-risk funds have weak three-year returns and strong showings over five years. Should you consider funds that suffered through subpar stretches? Maybe so. Cautious funds can be sound choices for conservative investors and retirees, argues Jim Heafner, a financial advisor in Charlotte, North Carolina. “If you can’t afford big losses, then you may have to settle for a fund with less upside in bull years,” he says.

A top low-risk choice is Jensen Quality Growth (JENSX). During 2008, the fund outdid 98 percent of its large growth peers. Then the next year Jensen trailed 76 percent. Because of the poor results in the rally, the fund trailed two-thirds of its peers during the three years ending in October. But for the past five years, Jensen outdid 89 percent of competitors.

The Jensen managers limit losses by following an unusual discipline that focuses on quality companies. The managers only consider extremely profitable companies that have posted returns on equity of at least 15 percent for 10 consecutive years. To maintain such strong performance through good and bad times, businesses must be dominant players with clear competitive advantages, says portfolio manager Eric Schoenstein. “If a company has achieved high returns on equity for 10 years, then the likelihood is quite high that the record will continue in the future,” he says.

The portfolio is full of such familiar powerhouses as PepsiCo, 3M, and Microsoft. Once Jensen buys, it typically holds for seven years. The managers sell companies if they fail to meet the target for return on equity for even one year.

Another low-risk choice is Madison Mosaic Investors (MINVX), which outdid 85 percent of large growth funds in 2008 and trailed 54 percent in 2009. Portfolio manager Jay Sekelsky looks for companies with predictable earnings. Seeking steady growth, Sekelsky takes few materials stocks and other cyclicals. Instead, he prefers consumer staples and health companies that can grow in recessions.  A holding is Diageo, maker of Johnnie Walker Scotch and Seagrams whiskies. Sekelsky says that sales have been growing steadily as more people shift to scotch and bourbon. Some of the company’s strongest gains have been achieved in China and India. “In Asia, it is not uncommon for someone to celebrate a promotion by buying an expensive bottle of scotch,” Sekelsky says.

Small growth funds rank among the more volatile categories. To limit risk, consider Virtus Small-Cap Core (PKSAX). During the rough markets of 2011, the average small growth fund lost 3.6 percent, but Virtus returned 9.1 percent and outdid 99 percent of its peers. The fund topped 98 percent of competitors in 2008.

Portfolio manager Todd Beiley does not chase the fastest-growing companies. Instead, he prefers business with strong balance sheets that can grow consistently for years. Many holdings are dominant businesses that are steadily gaining market share. A favorite holding is Pool Corp., the largest distributor of equipment and supplies for swimming pools. During the financial crisis, many competitors went under, but Pool Corp. prospered. “They are 18 times the size of their next largest competitor,” says Beiley. “That gives them purchasing power to get better pricing.”

A holding is AO Smith, a maker of water heaters for residential and commercial customers. The company is recording big gains in Asia. “The business does not have much growth in the U.S., but there is massive growth in China,” says Greene.