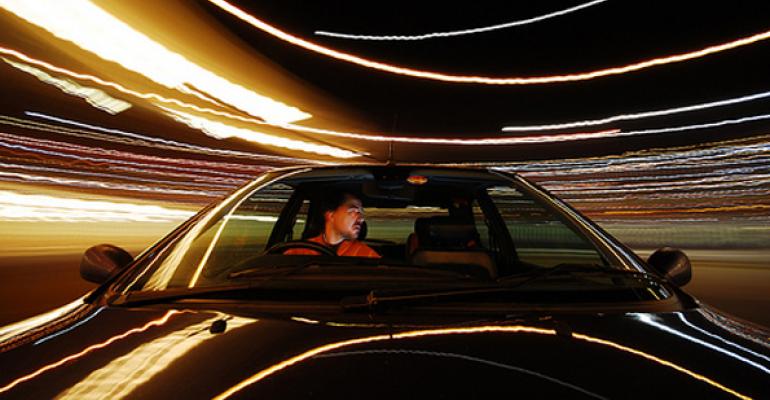 When the market crashed in 2008, most stock funds collapsed. But a handful avoided serious losses, shifting to cash or taking other defensive measures. The winners attracted assets. Fund companies took notice and introduced dozens of tactical asset allocation funds, which promised to shift away from stocks when storm clouds appeared. New funds include Avatar Tactical Multi-Asset Income (TAZNX) and Transamerica Tactical Income (IGICX).

In the aftermath of the financial crisis, some advisors argued that the asset allocation approaches were suited for a time of volatile markets. In the past, it paid to buy stocks and hold them through downturns. But in the new era, investors needed to be flexible, shifting as conditions changed. Since markets stabilized, most of the asset allocation funds have fared relatively poorly. With stocks rebounding, fewer advisors have been proclaiming that buy-and-hold investing is dead.

John Rekenthaler, Morningstar’s vice president of research, says that the current interest in asset allocation funds is similar to what occurred after earlier market downturns. Following the crash of 1987, most major fund companies operated funds that promised to provide protection in downturns. The funds of the 1980s and 1990s used top-down models that could shift 100 percent of assets to cash when the need arose. Popular choices included asset allocation funds from Fidelity and Vanguard. “Those funds eventually closed because they were failures,” Rekenthaler says.

Rekenthaler predicts that few current funds will prove to be long-term successes. He says that investors who want protection from downturns should maintain conservative strategic allocations, perhaps keeping 30 percent in equities and the rest in fixed income. Such strategies fared well during the financial crisis.

While Rekenthaler’s pessimism about asset allocation approaches may prove to be generally well-founded, a handful of funds have been beating the odds. In recent years, the funds have been producing compelling returns while recording low risk. Unlike the market-timing funds of the 1980s, the current winners never move entirely to cash. Instead, they stay more broadly diversified. Current portfolio managers rely heavily on bottom-up stock picking. The aim is to find cheap assets. Funds with promising records include Federated Global Allocation (FSTBX), FPA Crescent (FPACX), Osterweis Strategic Investment (OSTVX) and Westwood Income Opportunity (WWIAX).

Among the most cautious choices is Westwood. The fund holds a mix of income assets, including bonds, REITs, preferred shares, and dividend-paying stocks. The portfolio managers vary the mix, searching for bargains. Most often the approach has succeeded. During the five years ending in August, Westwood returned 8.5 percent annually, topping 97 percent of peers in Morningstar’s conservative allocation category. “We are trying to deliver an attractive total return with low volatility,” says portfolio manager Mark Freeman.

The fund currently has 57 percent of assets in stocks, up from 19 percent in the turmoil of 2008. Westwood was well-positioned to survive the financial crisis because the managers began emphasizing high-quality bonds in 2006 and 2007. At the time, the Federal Reserve was raising interest rates, and high-quality corporate bonds yielded 7 percent. To Freeman, the bonds seemed to offer a low-risk way to obtain decent returns. The bond allocation topped 40 percent in 2008. These days, the bond allocation is 12 percent because the portfolio managers figure that the yields are puny.

During the past three years, Osterweis Strategic Investment returned 14.3 percent, outdoing 96 percent of peers in the moderate allocation category. The fund achieved the results by using an unusually flexible strategy. While most competitors own a mix of blue-chip stocks and high-quality bonds, Osterweis ranges widely. In recent years, the fund has kept its bond allocation in short-term high-yield securities. Those yield more than Treasuries while presenting less interest-rate risk. The strategy has proved to be a winner because junk bonds have outpaced high-quality issues by a wide margin in recent years.

The fund can keep up to 75 percent of its assets in stocks. Worried about trouble in Europe and gridlock in Washington, Osterweis cut the equity allocation below 50 percent in 2012. Since then, the managers raised the allocation to 66 percent. They figure that stocks represent a good value at a time when the economy is slowly growing. “A year ago people worried that the economy would go back into recession because of the fiscal cliff, but now the risks are receding,” says portfolio manager Matt Berler.

When its managers have a neutral outlook, Federated Global Allocation keeps 60 percent of assets in equities and 40 percent in fixed income. Since 2009, the fund has maintained a bullish stance, sometimes keeping more than 80 percent of assets in stocks. The emphasis on equities has boosted returns. During the past three years, the fund returned 10.9 percent annually, outdoing 93 percent of peers in the world allocation category. Lately Federated’s equity allocation has slipped to 76 percent. “At the end of July we became concerned about a number of developing issues, including the Fed’s tapering plans and the debt-ceiling impasse,” says portfolio manager Philip Orlando.

As a global fund, Federated looks around the world looking for bargains. This year, the managers bought some European financials, figuring they were unloved. The fund bought ING (ING), a Dutch financial giant that has climbed in recent months as investors gained confidence that the European economy can recover. Another successful holding has been Fuji Heavy Industries (FUJHY), the Japanese maker of Subaru cars. The fund managers have been convinced that automobile sales will increase as the U.S. economy grows.

A diehard value investor, FPA portfolio manager Steve Romick buys an eclectic mix of stocks and bonds. When he can’t find enough bargains, Romick holds cash. During 2008, the fund had 61 percent of assets in cash and bonds. Last year, the fixed-income holdings dropped to 37 percent. Most often Romick has displayed a deft touch. During the past 10 years, the fund returned 8.5 percent annually, outdoing 97 percent of moderate allocation funds. The strong results have attracted investors. The fund now holds $13.2 billion in assets, up from $1.1 billion in 2008. The new shareholders have been eager to find a manager who can succeed in up and down markets.