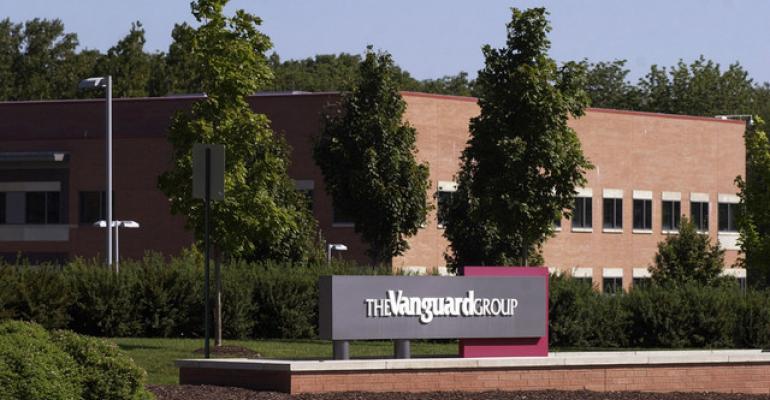 With Washington headed to a possible debt default, many investors have turned defensive. Some fear that the economy could remain trapped for years in the kind of slow growth that has prevailed since the financial crisis. But the pessimists are too gloomy, said Joseph Davis, chief economist of Vanguard Group. Speaking at the Morningstar ETF Invest Conference in Chicago last week, Davis argued that the U.S. is about to enter an era of strong growth and massive gains in productivity.

“With all the gloom and doom, I see flickers of light,” said Davis.

Davis said that a lack of investment has held back economic growth in recent years. “The share of the economy dedicated to investment remains near a generational low,” he said. “That is not sustainable.”

Many companies must now replace equipment that has suffered from wear and tear, he said. In addition, companies that have been hording cash must spend on technology to remain competitive in global markets. Dramatic innovations will encourage businesses to invest in fields such as nanotechnology and 3D printing.

Investment in new technologies has powered U.S. growth for the past 225 years, said Davis.  During that time, the country recorded an annual inflation rate of about 3 percent. GDP grew about 3 percentage points faster than inflation. In the past decade, the real GDP growth rate dipped to 1 percent. But that era of slow growth is about to end. “As I look out for the next five or 10 years, I see a future that could return our economy closer to the long-term trend,” he said.

The optimistic projections by Davis were particularly notable because Vanguard has long been cautious about its forecasts. During bull markets, the company has urged investors to avoid loading up on stocks. Since the financial crisis, Vanguard has regularly told nervous clients not to shun stocks and shift to bonds. In his talk, Davis argued that investors should maintain traditional balanced portfolios. “Investors will be rewarded by the asset classes that have rewarded them in the past,” he said.

Davis said that the increasing investment in computers and new technologies is part of the third industrial revolution recorded in U.S. history. The first revolution began when James Watt developed a commercially successful steam engine in 1776. Textile mills adopted the new technology, and by 1830 steam locomotives were changing the national economy. The second revolution started when Thomas Edison developed the light bulb in 1879 and made electricity a viable power source. We are now in the middle of a revolution that began in the 1970s when Intel produced the microprocessors used in personal computers.

Each revolution followed similar patterns. After growing slowly at first, the technology spread to a variety of industries, increasing productivity and changing how people lived. Huge investments in railroads and electric-powered factories enriched the country. Each revolution enjoyed a prolonged boom that was disrupted by a massive recession. During the slumps of the 1840s and 1930s, discouraged workers believed that growth would never return. But after each downturn, the economy rebounded.

Following the technology-led boom of the 1990s, the country began a slump that plagues us today. Some analysts argue that massive government debt will continue to stifle growth. But Davis said that the headwinds caused by debt will be overcome by rising productivity. He said that the national debt is currently equal to 73 percent of GDP, versus 110 percent of GDP after World War II. Despite the big war debt, the country grew.

“In the decade after the war, interest rates stayed extremely low, the stock market boomed, and the economy accelerated,” Davis said.

Because of the uncertainty in Washington and continued debt burdens, the economy will continue to grow at a 2 percent rate in 2014, Davis cautioned. But in the coming years, the growth outlook should improve.