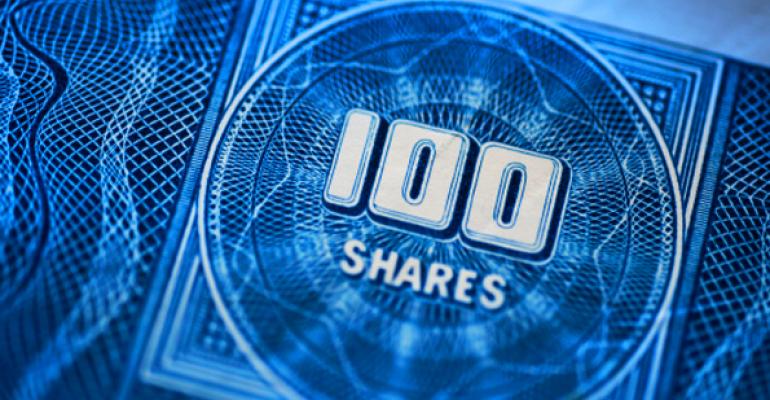 Getting Yield in Short Duration Bonds

Bond investors have been racing for cover. During the first eight months of the year, shareholders withdrew $49 billion from intermediate-term funds and deposited $17 billion into short-term funds, according to Morningstar. Rising interest rates triggered the migration. When rates climb, shorter bonds are relatively resilient. Recently investors who moved to shorter funds have been rewarded. For the eight months, intermediate funds lost 2.7 percent, while short-term funds declined 0.4 percent.

Should you shift all your bond allocation to shorter issues? Probably not. Over long periods, intermediate bonds have outdone short-term issues by wide margins. Longer bonds have an edge because they pay higher yields. Those compound over time and generate greater total returns. One way to prepare for rate rises—without sacrificing much long-term performance—is to consider solid short-term funds that pay relatively rich yields. Top choices include William Blair Income (WBRRX), Lord Abbett Short Duration Income (LALDX), Osterweis Strategic Income (OSTIX), and Thornburg Limited-Term Municipal (LTMFX). The portfolio managers boost yields by holding some lower-quality bonds or emphasizing issues with somewhat longer maturities. The strategies have helped the funds outperform most peers during the past five years.

Lord Abbett Short Duration has used a flexible approach to top 96 percent of peers during the past five years. The portfolio managers can shift sectors, emphasizing mortgages one year and corporate  securities the next. Deft timing has enabled the fund to excel during periods of rising and falling rates. So far this year, the fund has returned 0.3 percent. While the average short-term fund yields 1.5 percent, Lord Abbett yields 3.8 percent. The portfolio has about 20 percent of assets in high-yield bonds that are rated below-investment grade, compared to 5 percent for the average competitor. Investors have taken notice of the fat yield and strong performance. The Lord Abbett fund now has $32 billion in assets, up from $214 million in 2008.

During the turmoil of 2008, the Lord Abbett portfolio managers scooped up depressed commercial mortgage-backed securities, which are secured by mortgages on offices and other properties. Since then the securities have rallied sharply. Though the fund keeps most assets in investment-grade securities, it has only 2 percent of assets in Treasuries. “Compared to the typical short-term fund, we tend to have little exposure to government securities,” says Lord Abbett product strategist Stephen Hillebrecht.

Osterweis Strategic Income can buy a wide variety of securities, but lately it has owned mostly short-term high-yield bonds. The approach has enabled the fund to return 4 percent this year. During the past five years, Osterweis returned 8.3 percent annually, outdoing 69 percent of multisector bond funds. Portfolio manager Carl Kaufman says that the short-term bonds he favors yield 3 percent to 5 percent, while intermediate securities yield more than 6 percent. “You are not being paid much to take on the risk of longer bonds,” he says.

Kaufman bought some Treasuries in 2007 when the bonds yielded more than 4 percent. But during the financial crisis, Treasury yields plummeted, and he began emphasizing high-yield issues. Besides delivering more income, the high-yield securities tend to be relatively resilient during periods when interest rates are rising and the economy is growing. At such times, investors can bid up prices of low-quality bonds because the risk of default is reduced.

Kaufman often holds a cash reserve. He puts the money to work whenever the market corrects. When bonds softened in June, he went shopping. The fund recently had 15 percent in cash, and Kaufman expects to do some buying soon. “If there are any surprises from the Federal Reserve or the economy, then there will be a good opportunity to find attractive prices,” he says.

William Blair Income focuses on high-quality securities. The fund has 60 percent of assets in AAA-rated securities, compared to 43 percent for the average short-term fund. “This is a conservative fund that can be used as a core holding,” says portfolio manager Chris Vincent.

Despite its extreme caution, William Blair outdid 87 percent of competitors during the past five years. The fund has thrived because it has a longer average maturity than peers and yields 1.8 percent. As a result, William Blair excelled in years such as 2011 and 2012 when rates fell. When rates climbed this year, the fund trailed.

To appreciate William Blair’s stance, consider that the fund has a duration of 3.5 years. So the fund would lose about 3.5 percent if interest rates rose by 1 percentage point. In contrast, the average short-term fund has a duration of 2.1 years, while the figure is 5.1 for intermediate funds. As its duration suggests, William Blair holds a middle ground between short-term and intermediate funds. That makes the fund appealing for investors who seek to avoid big losses in downturns while obtaining decent returns over the long term.

Thornburg Limited-Term Municipal has a duration of 3.5 and a tax-free yield of 1.9 percent. The fund has the ability to increase or shorten duration as conditions change. Late in 2010, municipal prices sank when analyst Meredith Whitney predicted a wave of defaults. With yields tempting, the Thornburg managers stepped forward and bought intermediate bonds with maturities of up to 10 years. “Municipals were considerably undervalued, so we used the opportunity to buy some longer bonds,” says portfolio manager Christopher Ihlefeld.

As rates declined in 2012, Ihlefeld grew wary that prices were becoming rich. He moved to a defensive position, holding some cash and buying some bonds with maturities of three years or less. The move helped limit losses when rates climbed this spring. “We have the flexibility to play offense or defense,” says Ihlefeld.

During the past five years, Thornburg returned 3.6 percent annually, outdoing 96 percent of peers. The fund makes a sound choice for cautious investors who seek richer income than money markets provide. The portfolio has most of its assets in bonds that are rated A or higher.