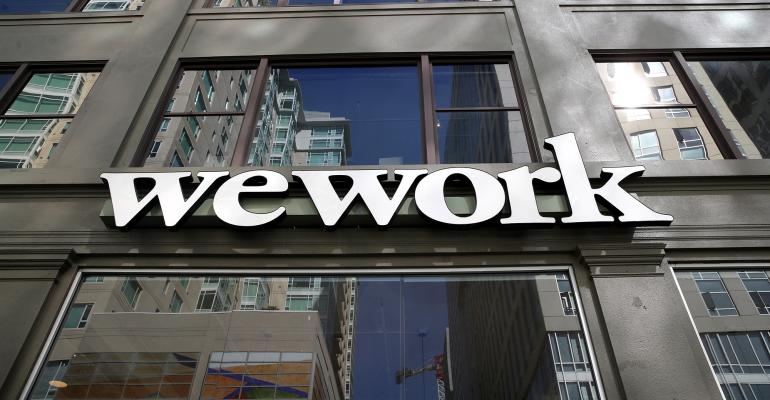 WeWork Wants Another Shot at an IPO. Will It Succeed This Time Around?

This time last year, WeWork’s future looked very uncertain. The co-working company had suffered a failed IPO and the ouster of its founder and CEO Adam Neumann. The company’s fall from grace was so spectacular, it quickly became the subject of a book, a Hulu documentary, a planned movie and a limited series project. So, when COVID-19 lockdowns hit the U.S. last spring, industry experts expected it to crumble under the pressure of the pandemic like a stale cookie in the hands of a toddler.

Instead, WeWork took advantage of the lockdowns and work-from-home mandates to reposition itself. Under the leadership of its new CEO Sandeep Mathrani, who after the last recession helped mall REIT GGP recover from its Chapter 11 bankruptcy filing, the company decreased its operating costs and downsized its global real estate portfolio.

Over the course of the year, WeWork’s outlook changed enough that in March 2021, the company announced a planned IPO with a special purpose acquisition company (SPAC), also known as a “blank check company” because it was created solely to acquire existing companies.

“Everyone thought COVID was the death knell for WeWork,” says Andrew Kirch, co-founder of Los Angeles-based law firm Sklar Kirsh. “But WeWork has had a resurgence.”

Now, industry experts aren’t quite so pessimistic about WeWork’s future prospects. At the end of the first quarter, the company’s global real estate portfolio included 774 locations across 38 countries, supporting approximately 963,000 workstations and 490,000 memberships.

“As companies search for ways to manage and reduce their office spend and still keep their employees happy, the WeWork model is really proving itself,” says Taj Adhav, CEO and co-founder of Leasecake, a developer and provider of lease management software for multi-unit landlords and tenants.

Prior to the pandemic, WeWork was suffering from an identity crisis. Under Neumann’s leadership, it positioned itself as a tech company, claiming a valuation of roughly $50 billion in 2019.

In the months leading up to WeWork’s IPO, questions arose regarding its aggressive valuation, and doubt began to creep into investors’ minds. The company’s brand name took a huge hit, while the IPO crashed and burned. And when Neumann was forced out of his CEO role and the IPO was postponed indefinitely, WeWork’s already tarnished reputation suffered even more damage.

Once Mathrani assumed the top position at WeWork, the company spent 2020 “transforming the business and refocusing its core, while simultaneously managing and innovating through a historic downturn,” he noted in a statement.

The company’s strategic plan included expense management efforts, exits from non-core businesses, and material portfolio optimization, all of which contributed to an improved cost structure.

Over the course of 2020, WeWork successfully exited 106 pre-open or underperforming locations. During that time, it also executed over 100 lease amendments for rent reductions, deferrals, or tenant improvement allowances, which resulted in an estimated $4 billion reduction in future lease payments.

Specifically, WeWork improved its free cash flow by $1.6 billion through cost-cutting measures including reducing SG&A expenses by $1.1 billion and trimming building operating expenses by $400 million. The company also exited all of its non-core ventures and streamlined headcount by 67 percent from its peak in September 2019.

“The pandemic gave WeWork the opportunity to re-negotiate some of their leases with their landlords,” says Alan Wink, managing director of capital markets with accounting firm EisnerAmper in Iselin, N.J. Moreover, WeWork’s new leadership was “able to dramatically lower operating costs.”

But that doesn’t mean WeWork has completed bounced back. During the first quarter, the company posted total revenue of $598 million, a 10 percent decline quarter-over-quarter, driven by WeWork’s exits from non-core businesses.

The company lost $2.06 billion during the first quarter, including $494 million in restructuring costs from non-cash SoftBank stock purchases and a settlement with Neumann, according to Reuters. Despite the losses, WeWork had $2.2 billion in available liquidity at the end of the first quarter of 2021.

Today, WeWork is perceived as a traditional real estate company with a much more realistic valuation of $8 billion, according to Wink. The company’s planned merger with BowX Acquisition Corp. provided it with roughly $1.3 billion in cash, which should help fund future growth plans.

The merger will be funded with BowX’s $483 million of cash in trust (assuming no redemptions from the trust account by public investors of BowX), in addition to a fully committed $800 million private placement investment at $10 per share.

By merging with BowX, WeWork is eschewing a traditional IPO and completely avoiding the spectacle of a roadshow. Because BowX is already funded as a SPAC, WeWork doesn’t have to overcome any previous negative connotations or court any investors.

“Brand is huge, but in the end, profitability is even more important,” Kirsh notes. “If WeWork’s tenants aren’t concerned about the negative PR and they come back in droves and that produces more revenue and profit, that’s what investors are going to care about it.”

BowX Chairman and CEO Vivek Ranadivé said in a statement that WeWork “is primed to achieve profitability in the short term, but the added long-term opportunity for growth and innovation is what made WeWork a perfect fit for BowX.”

Ranadivé added that he sees WeWork as a company at an “inflection point, with an incredible roster of key members coupled with the vision and leadership to digitize an enormous industry.”

The sales activity that WeWork saw thought the first quarter has continued into April and May, according to the company. Of WeWork’s 112 total markets, 28 had physical occupancy of 60 percent in April.

WeWork said that demand from landlords and members remains strong. It has $4 billion in the sale pipeline and an estimated $1.5 billion in committed 2021 revenue.

Contrary to popular belief, large corporations were a rapidly increasing component of WeWork’s customer base, even prior to the pandemic. In 2019, enterprise customers accounted for roughly 50 percent of demand, according to an industry expert familiar with WeWork. (Under Neumann’s leadership, the company also tended to pursue membership growth by offering tenants deeply discounted deals, something that was likely to prove unsustainable over the long term).

At the end of the first quarter, WeWork reported that enterprise membership—large corporate users – was in line with the prior quarter at 51 percent, and the average commitment term for this segment increased to approximately 27 months.

“There is strong demand for flexible work space as companies of all sizes are in the position of having to figure out their post-pandemic space needs and how to accommodate employees looking for increased locational flexibility,” says Leah Schleicher, a partner in Neal Gerber’s real estate practice group and co-chair of its hospitality and leisure practice group. “WeWork’s pre-pandemic experience and existing relationships position them well to understand and meet the post-pandemic demand.”