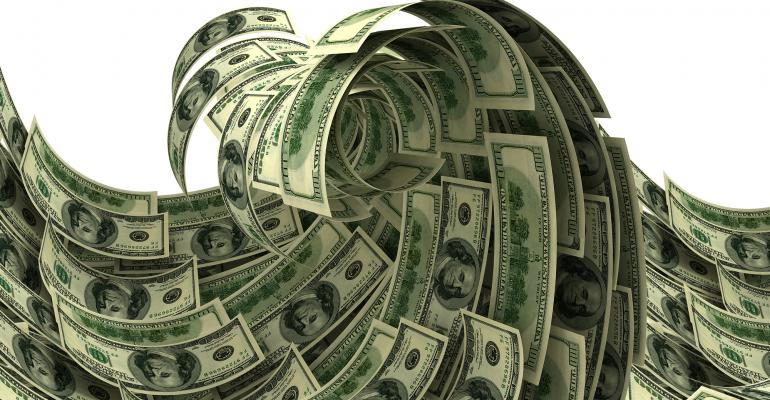 The outpour of capital deluging the SPAC space is stirring speculation about a potential tidal wave forming.

WeWork is among the growing list of firms cashing in on the SPAC feeding frenzy. The company announced in late March that it had signed a merger agreement with BowX Acquisition Corp. The deal gives WeWork a welcome path to the public market after pulling plans for a traditional IPO in 2019. The SPAC merger is expected to help the coworking firm raise $1.3 billion that it will use to finance future growth. WeWork also is the latest deal highlighting how the white hot SPAC market is continuing to expand into commercial real estate and proptech in search of acquisition targets.

“There is a tremendous amount of opportunities in the real estate sector,” says Eric Munson, chief investment officer and founder of private investment management firm Adit Ventures LLC. There is a revolution taking place with smart buildings and real estate tech that is aimed at making buildings more efficient and improving quality of life, he says. “There are dozens of very attractive real estate SPAC technology plays, but you have to be disciplined in your approach,” he adds.

Although SPACs have seen a surge in popularity recently, the structure has been around for more than two decades. Munson is a long-time SPAC investor. Throughout his career in the financial services industry, he has advised clients on investments in more than 20 different SPACs. Adit Ventures also launched its own SPAC IPO in January that will target education-related tech acquisitions. Adit EdTech Acquisition raised $240 million by offering 24 million units at $10 per unit.

“We think think that SPACs are an important tool and another structure—like a hedge fund or limited partnership—that allows companies or investors to participate in very exciting technologies and interesting innovations,” says Munson. It’s also another tool in the toolkit that allows companies to find sources of capital and liquidity to accelerate their growth, he says.

Often referred to as “blank check” companies, SPACs use proceeds from an IPO for a yet to-be-determined merger or acquisition. The market has grown tenfold in the past five years and 2021 is off to a blistering pace. Year-to-date as of May 1, 311 new SPAC IPOs have raised $100.8 billion—far surpassing the record $83.4 billion raised in all of 2020, according to SPAC Analytics.

There are a myriad of factors fueling that growth, one of which is investor demand to access early stage tech companies that have traditionally been dominated by venture capital groups who had the means and infrastructure to identify those “unicorn” type of investment opportunities, notes Vikram Devanga, a principal, Transactional Advisory Services at CohnReznick, a national accounting, advisory and tax firm. “The market is hungry for something new, and SPACs allow some of the retail investors and institutional investors to get a slice of that cake,” he says.

Concerns about a SPAC bubble

The outpour of capital deluging the SPAC space is stirring speculation about a potential tidal wave forming. That investing boom is stirring concerns about a potential bubble, as well as creating a highly competitive market for SPACs. According to SPAC Analytics, there is about $201.5 billion in dry powder across 427 SPACs actively seeking merger targets and another 253 SPAC IPOs in the pipeline.

“My biggest concern is that there might be too much capital out there that is looking to chase too few opportunities,” says David Sekera, CFA, chief U.S. market strategist at Morningstar. A sponsor has two years to identify and negotiate a merger with a private company. If at the end of the two years the sponsor has not announced a merger, the SPAC will be unwound, and IPO shareholders will receive a cash payment from the trust that is intended to be equal to the original purchase price, which is usually $10 per share plus any accrued interest.

Competition may push sponsors to widen the net for acquisition targets, which should further stoke the demand for proptech companies. “Anything that has a tech angle to it is the darling of most investors,” says Devanga.

SPACs have been targeting a fairly narrow universe of companies, usually those companies at the point in the lifecycle where they are thinking about going public. In addition, SPACs have been focused largely on tech-centric companies that can deliver big growth in terms of valuation multiples. The risk is that buyer demand may drive up acquisition prices resulting in some SPACs overpaying for companies.

“Anytime you have a 90-day period where you raise $100 million in any one particular type of security, there are going to be some good deals and some not so good deals,” says Munson. “Our focus is to give our investors as much information as possible so they can make informed decisions.”

Adit Ventures is very methodical in its approach to the SPACs that it is choosing to invest in on behalf of its client base. The firm likes companies that generate free cash flow, have ethical, high-integrity management teams and products and services that serve all of their constituents—customers, employees, shareholders and the communities in which they operate. The company also has a proprietary 10-step process—five of which focus on the quantification of growth, revenues and EBITDA cash flows that will drive profits. The other five steps are more qualitative, looking at factors such as ESG, as well as the integrity and ethics of the management team. “We don’t invest in science projects or speculative investments,” says Munson. The company has a growth investment strategy with a goal of making 3-5 times its capital over a 3-5 year time horizon.

Investors in SPAC IPOs do have some downside protection. A SPAC IPO generates a unit offering that includes one share of the stock along with warrants. Depending on how an individual SPAC is structured, warrants may be one-for-one, or perhaps one-quarter of a warrant for each share of stock. SPAC shares are typically sold at $10 per share, and investors have redemption rights on the warrants once the merger target has been announced. It is the retail investor buying stock in the secondary market that is paying a premium over the IPO price that is taking on more risk, notes Sekera.

SPACs are best suited to sophisticated investors, notes Sekera. “These companies are typically late early stage companies that have either just started to monetize their product, or they are still very early in their growth stages,” he says. “So, it is a riskier situation that you are investing in than your traditional public equity securities for companies that have been around for decades.”

Fundraising has slowed in the past month as the industry absorbs a new rule change announced by the SEC. The SEC will now require that warrants that are issued to early investors be considered as liabilities for accounting purposes versus equity instruments. Some industry observers believe that the SEC may be trying to ensure a more level playing field between SPACs and traditional IPOs. One notable difference is that a SPAC sponsor is allowed to use forward-looking projections and proformas whereas a traditional IPO is not.

The SEC also has asked for more transparency from sponsors. “More transparency is good for investors. We think it is extremely important that all of the relevant information and disclosures are available for all investors to do their homework and thoroughly understand everything that they are investing in,” says Munson. It is especially important in this market, where valuations are at the upper end of the ranges and expectations are very high for earnings, that investors understand the risks and also the fees that they are being charged, he adds.