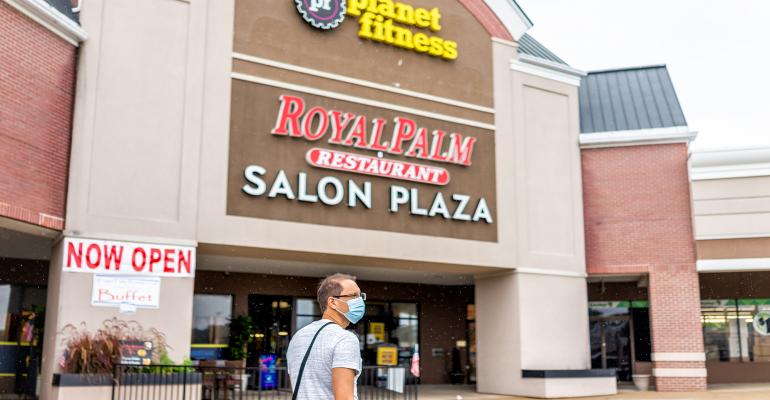 How One JV Is Making Retail Bets in an Uncertain Climate

In late August, real asset manager CenterSquare Investment Management announced a new joint venture with Arch Street Capital Advisors with a special focus on acquiring high-end retail service properties in the U.S. Sun Belt. The venture represents a bold move into retail at a time when most investors are shying away from the sector as it continues on a slow path to recovery from its floors in 2020.

The venture has initial funding to acquire $150 million in assets supported by a financing facility from Barclays and quickly closed on four properties located in Orlando, Fla., Houston and Atlanta in three separate deals. But as the outlook for most bricks-and-mortar retail remains uncertain, CenterSquare and its new partners are specifically targeting “essential” service properties: shopping centers made up of tenants that provide basic services to consumers, many of which remained open throughout the pandemic. Among such tenants are national and regional quick-service restaurant chains, beauty salons, fitness centers and medical and professional services providers. The joint venture plans to focus on unanchored properties in its acquisitions.

“All four [of the already purchased] properties are located on highly trafficked roads with excellent visibility within strong suburban submarkets of growing cities,” says Robert Holuba, senior vice president at CenterSquare Investment Management. As consumers have rapidly changed both how they shop—shifting to e-commerce—and what they shop for—seeking services and experiences over goods—CenterSquare executives say the company has honed in on essential service properties that aren’t as susceptible to outside shocks. The venture is reportedly aiming to acquire properties in the $7 to $20 million price range.

The joint venture also stands to benefit from its specific focus on high-end properties in the Sun Belt region—potentially undervalued assets in growing cities. Throughout the pandemic, these markets have seen much less disruption and uncertainty in pricing than major metros, according to real estate data firm Real Capital Analytics (RCA).

As for transactions involving shopping centers specifically, investment sales in this subsector in the first half of 2021 totaled $12.2 billion, a 49 percent drop compared to the pre-pandemic five-year average, according to RCA data.

As CenterSquare’s Holuba puts it, most retail “continues to be painted with the same negative brush,” leaving major opportunities for institutional investment in high-performing service properties.

Among REITs, retail acquisitions have continued to lag despite upticks in consumer spending at brick-and-mortar stores, according to data from the CoStar Group—as of August, such transactions totaled less than $900 million. Between 2010 and 2019, REIT purchases of retail properties averaged $5 billion per year. In 2020, the figure reached $3.7 billion, but $3.4 billion of that came from the closing of Simon Property Group’s pre-pandemic purchase of Taubman Centers.

Essential service properties present a major opening for investors like CenterSquare and its joint venture with Arch Street. Holuba says the firm is targeting shopping centers where tenants are seeing growth from current consumer trends rather than volatility, and are resistant to the pressures from the e-commerce boom. “The tenant mix consists of mostly national tenants who provide services, whose customers are required to visit the store to consume the service,” he notes.

The firm reports the venture was able to secure the properties at “attractive cap rates” because of both the negative investor views of retail as a whole and because CenterSquare sourced the properties off-market, as they have with other similar investments. Overall, CenterSquare reports that its approach can generate returns in the “high teens” by taking advantage of attractive acquisition pricing. Average cap rates on sale of U.S. retail assets were at 6.6 percent in the second quarter, according to RCA data, with caps rates on sales of multi-tenant shopping centers averaging 7.2 percent.

With is focus on properties providing essential services, CenterSquare has seen a very different picture of retail performance during the pandemic than investors that specialize in more properties with discretionary tenants. Shopping centers have continued to be profitable, Holuba notes, especially those with high-end service tenants.

CenterSquare’s initial acquisitions are also located in metro areas that are among the most active retail markets in the country, with both Atlanta and Houston ranking in the top 10 metros by sales volume as of second quarter, according to RCA.

As for CenterSquare’s existing high-end service properties, the firm saw strong performance through 2020, with its national portfolio collecting 91 percent of rents due while most retail saw major disruptions in cash flows due to rent collection issues. CenterSquare also saw occupancy rates increase to 95 percent during the year, at a time that many retail centers were seeing vacancy rates expanding rapidly. This consistent performance and resilience laid the groundwork for the new joint venture with Arch Street.

Despite investor apprehension, 2021 has brought a few encouraging signs for retail more broadly: a major slowdown in store closures, a recovery in retail leasing and a slow, but definite return for services as a whole. According to senior consultants at CoStar, these trends signal that “we would expect quality retail to perform relatively well in the near term.”