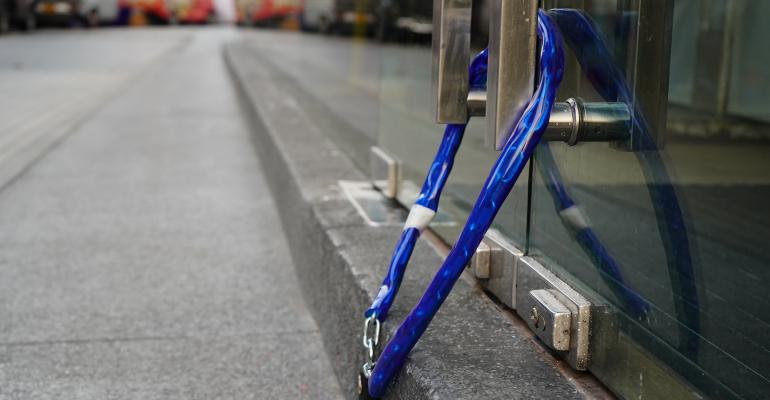 Acquisitions of retail property rose in recent months. But the sector continues to face uncertainty and a bid/ask divide.

As consumers across the U.S. return to stores and spending rebounds to pre-pandemic levels, allowing retailers to pay their rents in full, investor demand for retail real estate has begun a slow path to recovery.

The most recent report by real estate data firm Real Capital Analytics (RCA) showed retail investment sales beginning to recuperate in May, with a 76 percent year-over-year increase in transaction volume to $3.4 billion, and asset prices on the rise once again after two consecutive months of annual growth.

Related: Retail Tenants That Paid the Most and the Least Rent in May 2021

But these figures primarily reflect a tentative rebound from the market-wide disruption of 2020, rather than a truly bullish market. As RCA researchers put it, recent year-over-year growth represents more of a “transfer out of the intensive care unit,” with a wholesale recovery still far off.

Data from RCA shows that from January to May, retail sales totaled $15.9 billion, 45 percent below an average of $28.9 billion recorded for the same period between the years 2015 and 2019. Analysis from real estate data firm CoStar paints a similar picture, with retail sales for the first quarter of 2021 totaling around $12.0 billion, or 18 percent lower than the first quarter average for years 2018 through 2020.

Uncertainties about the future of retail real estate have also continued to cause a disconnect on prices between buyers and sellers. Though buyers have sought to capitalize on the stress felt by bricks-and-mortar retailers during the pandemic, sellers have been largely unwilling to drop prices. But if they want the sale to go through, sometimes it’s inevitable.

In one sale that closed in March, a stand-alone retail property in East Hanover, N.J. that was initially listed for $18.32 million sold for $16.55 million, or $581.01 per sq. ft., after around four months on the market. The property—East Hanover II—includes two single-tenant buildings leased to REI and Panera Bread. Agree Realty Corp. was the eventual buyer in the transaction, according to CoStar.

The divide on valuations—in this case, a difference of almost 10 percent—continues to limit new closings despite some signs of an industry rebound.

And retail real estate prices have also been lagging in recovery compared to other property sectors, posting growth of only 2.3 percent in May, according to CoStar data, following a year-over-year price decrease of 0.7 percent for the first quarter.

In terms of distressed properties, however, retail continues to account for an outsized portion of sales compared to its market share. Between April 2020 and March 2021, 23 percent of distressed property sales volume in the U.S. involved retail, making it the second largest sector for distressed sales after hotels. This continued focus on distressed properties also reflects the extent of the pandemic’s impact on the sector and serves as another indicator that any rebound will be a long time coming.

Retail faces an inevitably slow recovery in part because 2020’s market disruptions were simply too deep for the sector to bounce back from after just a couple months of quick gains. The pandemic saw U.S. retail investment sales for 2020 drop by 23 percent compared to 2019, for a total of just over $52.0 billion, according to CoStar. However, retail investment sales had already begun to slip in 2019, months before the pandemic reached U.S. shores. Retail sales for 2019 were down 5 percent compared to decade averages, driven primarily by the drop in demand for multi-tenant centers.

This possible drop in demand for multi-tenant retail is also reflected in data from the first quarter of 2021. So far, the tentative recovery from the market upsets of 2020 shows a slight shift in investor demand towards single-tenant retail. The first quarter of 2021 showed single-tenant deals accounting for 51 percent of sales, up from an average of 44 percent from 2017 through 2020. According to one CoStar senior consultant, “In this time of heightened uncertainty, a greater number of retail investors are opting to pursue and acquire these safer, longer-lease investments over higher-risk shopping centers or malls that may face greater exposure to the threats of the pandemic or the longer-term threat of e-commerce.”

Another factor limiting retail investment sales recovery is that not a single entity-level deal has closed so far in 2021, though a few have been announced. Mergers and acquisitions had already begun to slow prior to the pandemic and accounted for only 2 percent of sales in 2019, the lowest rate since 2009. The lack of these large-scale deals still represents a major blow to investor confidence however, as entity acquisitions for the period from January to May averaged $2.4 billion between 2015 and 2019.

Still, at least two entity-level deals have been announced this year, with Kimco Realty Corp. set to purchase Weingarten Realty and Realty Income Corp. announcing the acquisition of the VEREIT single tenant retail portfolio. Both deals involve over 30 million sq. ft. of space. Prices have yet to be confirmed.

One key question adding to uncertainty among investors is whether there have been any shifts in the geography of where retail investment dollars ought to be spent. For January through May, the West and Southeast regions accounted for the biggest percentages of retail transactions by volume at 27 percent and 25 percent, respectively, according to data from RCA. Major southern markets have become one of the more promising areas for renewed growth, as the South accounted for more than 32 percent of transaction volume in the first quarter of 2021—a significantly higher proportion than the historical average for the region since 2017.

In terms of buyers actively looking for acquisitions, the retail sector in 2021 appears to be shifting even more towards private investors. The first quarter saw private buyers accounting for 75 percent of sales, up from 59 percent in 2019 and from an average of 53 percent for the period between 2016 and 2020, according to RCA data. This was accompanied by a drop in acquisitions by REITs, who accounted for only 6 percent of sales in the first quarter, down from 13 percent in 2019 and from an average of almost 19 percent from 2016 to 2020.

The lack of acquisition activity among REITs may be a sign of just what it will take for a full recovery of the retail sector to get underway, as buyers and sellers both wait to evaluate the lasting impacts of the pandemic on the industry.