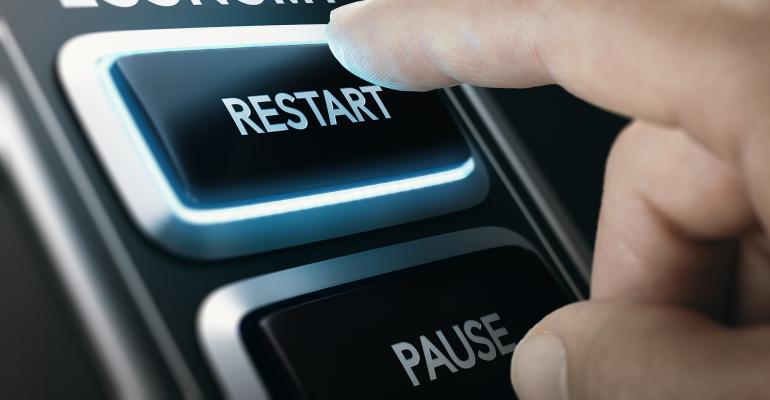 EB-5 Industry Prepares for a Restart Amid New Rules

EB-5 regional centers are working to attract new investors and line-up new investment projects, all while adapting to host of program changes.

The EB-5 industry received some welcome news in early March. Nearly eight months after the regional program lapsed at the end of June 2021, stalling both capital raising from new applications and the processing of existing applications, the industry is back in business.

Congress reauthorized the program when it approved the EB-5 Reform and Integrity Act of 2022 attached to the omnibus appropriations bill on March 10. However, it’s not business as usual. EB-5 regional centers are working to attract new investors and line-up new investment projects, all while adapting to host of program changes, new rules and increased regulatory oversight. “It’s been such a relief to have the program reauthorized, even though there is a ton of work to be done,” says Christine Chen, COO at CanAm Enterprises, a leading EB-5 regional center operator.

EB-5 is an incentive program for foreign investment into the U.S. that trades green cards for capital. Its supporters have long touted it as an important economic stimulus tool for economic development and job creation that has attracted billions of dollars in capital since the program was first introduced three decades ago. Developers like it because it provides an attractive source of low-cost debt for the capital stack. At the same time, some believe that reforms to the program were sorely needed.

“The whole reason that the program lapsed was because the program has been plagued by some bad actors,” notes Reid Thomas, managing director and chief revenue officer at JTC Americas, a company that provides fund administration solutions and services to EB-5 regional centers. Positive aspects of the program have been tainted by cases of fraud. The new legislation takes aim at shoring up some of the weaknesses in the program and protecting immigrant investors.

The recent legislation introduced a number of changes, including expanding designations for Target Employment Areas (TEAs) and increase investment amounts for EB-5 participants to $800,000 for TEAs and $1,050,000 for non-TEAs. However, there are three big issues that are front and center for industry participants. Foremost, the program has been reauthorized for five years and will be effective through Sept. 30, 2027. That is a big move for a program that had previously faced a series of short-term renewals and eleventh-hour extensions for the past several years. “That brings incredible stability to the EB-5 ecosystem, and it allows for more definitive planning on behalf of regional centers and project developers,” says Aaron Grau, executive director of Invest in the USA (IIUSA), a trade association for the EB-5 Regional Center Program.

A second key focus of bill authors Senators Patrick Leahy (D-VT) and Chuck Grassley (R-IA) are a set of integrity measures aimed at making it more difficult for bad actors to take advantage of the system. EB-5 regional centers will be required to comply with more stringent transparency and reporting requirements to the Department of Homeland Security (DHS).

Third is a grandfather clause that protects good faith investors from being caught in limbo should the program lapse again at some point in the future. Wait times for a conditional visa range from one year up to 15 years depending on the country of origin. Having a program that was expiring every six to 12 months, was understandably creating a lot of anxiety for potential applicants, notes Chen. The grandfather clause that protects applicants, even if the program were to lapse in the future, is seen as a huge improvement for both existing and new investors, she adds.

When Congress failed to reauthorize the program last year it created a backlash from applicants caught in limbo. According to IIUSA, 32,600 families who had made their EB-5 investment through a regional center were impacted by the lapse. Behring Co. is one real estate developer and regional center operator that filed a lawsuit against DHS, the Department of State and the U.S. Citizenship and Immigration Services (USCIS) in February 2021. The suit claimed that the federal agencies were exceeding their authority by unilaterally canceling the EB-5 Regional Center Program.

The EB-5 Reform and Integrity Act has received industry support. For example, the Real Estate Roundtable recently issued a letter commending the bipartisan reform legislation that gets the program back on track, while also reducing the litigation risk from existing investors who had committed capital and had pending applications.

Processing of existing applications  was expected to resume immediately. Regional centers are in a 60-day period where they are tasked with complying with new reporting requirements before moving forward on committing capital to new projects. “There is an onus on regional centers to comply with all of these new requirements in order to participate in the program,” says Chen. Oversight ranges from knowing who a regional center operator is partnering with in the U.S. and overseas to being transparent with investors on fees. “We’re all really excited about the program getting reauthorized, but there is a lot to be done and a lot of questions that still need to be answered,” she says. “So, it will be an interesting couple of months ahead.”

Reauthorization of the regional center program is expected to be met with some pent-up demand. “There is tremendous demand worldwide from people who want to come to the U.S., live and become citizens,” notes Thomas. Yet another lingering obstacle for the industry is the  long backlog of applications, which could be a deterrent for people in those countries that have longer wait times. “Investment into EB-5 projects will accelerate again, but perhaps not back to what it was in 2017 and 2018 because of that long queue,” he says.

The logjam of applications has been an ongoing problem for high-demand regions, such as China, India and Vietnam. Applicants from China faced the longest wait times of up to 15+ years in some cases. However, the average processing time  for I-526 petitions being quoted by the USCIS for all other countries is between 35 and 58.5 months. “The lights have been flipped back on, and there are a lot of people interested in making investments,” says Grau. One question that remains to be seen is how quickly the government can get to work on processing and approvals to get the pipeline moving again, he adds.

Despite the bumpy road the EB-5 program has had over the past several years due to a series of short-term renewals, the several month lapse and now new rule changes, there is still tremendous demand. “A lot of investors are still very interested in coming to the United States. This country provides a lot of opportunities, especially now that things are starting to open up again post-COVID,” says Chen. There has been a lot of transparency around how the U.S. government handled COVID, and immigrants are more confident in vaccination rates and that there is a good path forward. Immigration also is viewed more positively under the Biden administration. “So, there are a lot of synergies going on that should make EB-5 very attractive,” she adds.