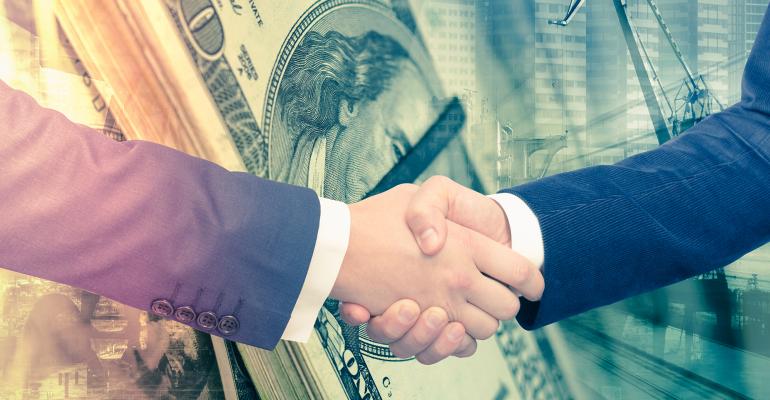 Activity that slowed in 2020 began picking up in second quarter 2021 and is now booming once again.

Competition is heating up among investors looking to place capital into real estate investments via joint ventures. And they’re willing to write some big checks to get a foot in the door with top sponsors.

Heitman, Toll Brothers Apartment Living and Kennedy Wilson are just a few of the real estate companies that have announced deals in recent weeks that will bring in capital to fund new investment opportunities. For example, Kennedy Wilson recently announced a $300 million perpetual preferred equity investment from Toronto-based Fairfax Financial Holdings Ltd. Kennedy Wilson expects to use the proceeds to fund its development pipeline and real estate investments, as well as pay off its unsecured bank borrowings in full. Along with the equity investment, Fairfax has increased its first mortgage target within Kennedy Wilson’s debt investment platform by $3 billion to $5 billion.

“Joint ventures and the ability to partner with like-minded institutions to execute our strategies around real estate are a part of our DNA,” says Matt Windisch, an executive vice president at Kennedy Wilson. Founded in the late 1970s, Kennedy Wilson has utilized joint venture capital across all aspects of its business, whether it is buying an existing property, developing property or in the most recent example, partnering with Fairfax to help fund its debt investment platform. “That has really allowed us to do transactions that are larger than what we could do otherwise given the size of our balance sheet, which has really opened up investment opportunities we wouldn’t have had,” says Windisch

The recent announcements are part of a growing wave of JVs. Activity that slowed in 2020 began picking up in second quarter 2021 and have been going “gangbusters” since July, notes Paul M. Schwartz, a partner at Duval & Stachenfeld LLP in New York City. Part of that activity is due to pent-up demand and the fact that there is still a lot of dry powder to deploy. Private equity funds in particular have a timeline in which they need to deploy capital that has been raised, and JVs offer an attractive solution to place large dollar amounts, he adds.

Another key theme across the commercial estate market is that there is more demand from equity partners than there are available deals. That imbalance is putting sponsors and developers in the driver’s seat, especially for high-demand property types such as industrial and multifamily. “It is definitely in the developer’s favor these days,” notes Paul Doocy, managing director and co-head of CP Capital, a New York City-based real estate investment manager. Best-in-class sponsors are in a strong position to dictate terms, including partner rights and profit sharing splits for the partnership.

CP Capital has been doing JV deals in multifamily development in the U.S. with equity capital sourced from ultra-high-net-worth individuals and family offices in Germany since the mid-1990s. Investors are typically putting money into a private equity fund managed by CP Capital, and the fund invests as a JV partner across multiple projects to create a diversified pool of assets for its clients. CP Capital typically puts in anywhere from 75 to 95 percent of the equity portion with the GP partner putting up between 5 and 25 percent. For example, the firm announced a JV with Crescent Communities in January to develop a 315-unit multifamily community in Covington, Ga.

There is a lot of equity in the real estate market for all types of real estate transactions and from all sources of capital from institutions, pension funds and endowments to family offices and HNWIs, agrees Chester P. Lee, co-chair of Duane Morris’ Real Estate Practice Group. Unless those groups are a real estate owner or developer, they don’t want to directly manage those assets. They are looking for an operating partner or sponsor, and quality sponsors have more leverage to pick and choose the limited partners (LPs) that they want. “Some LPs are agreeing to put up some of those indemnities and bank guarantees in the beginning, which is an indication of how strong the sponsors have been in being able to drive the structure of deals,” he adds.

The abundant capital chasing JV partners is spurring more interest in programmatic joint ventures versus single-asset deals. “There are all of these potential capital partners. So, how do I differentiate myself from everyone else if I’m the money partner?” says Schwartz. One way is to be creating a programmatic relationship where a sponsor or general partner will do multiple deals with their limited partner.

Programmatic partnerships provide benefits on both sides of the table, including a level of certainty for both the sponsor and the equity partner. Developers can spend less time and resources finding those JV partners and more time finding deals, while investors benefit from a steady pipeline of deals that allow them to place capital. In addition, there is added efficiency in not having to spend time vetting partners and negotiating terms and rights on each new deal.

Kennedy Wilson’s traditional strategy was to find a deal and then chase down the capital, notes Windisch. “We have definitely shifted and we’re now much more focused on establishing these larger platforms,” he says. For example, over the past decade, Kennedy Wilson has partnered with Fairfax Financial on $8 billion in aggregate acquisitions, including approximately $5 billion of real estate related debt investments. Fairfax is also a major shareholder of Kennedy Wilson. “We still do the one-off transactions from time-to-time, but the majority of what we do, and what we strive to do, is set up these larger platforms,” he says.

For both programmatic and single-asset joint ventures, the key to a successful joint venture is finding a good partner. Joint ventures are frequently compared to a marriage, and the consensus on both sides of the table is that once you find a good partner, you don’t want to let them go. “It’s a lot of work to get into a joint venture for the first time and to form that partnership,” notes Doocy. “The competition is such that if you’ve established relationships with developers, then there’s a tendency on their part to want to continue those relationships.” Over the past 25-plus years, CP Capital has developers that it has done four or five deals with or as many as 30 to 40 in some cases. It is an advantage to be a constant player in the market.

One way that JV partners can get a foot in the door with developers is by bringing something to the table other than money, such as experience or expertise in a particular property type or geographic market, adds Doocy. For example, CP Capital has been active in the multifamily development space for almost 30 years and also has its own construction people in-house. That experience in development is important, because things don’t always go as planned, he says. Having an LP that has understanding and flexibility, especially in the current market where there is inflation, supply chain disruption and rapidly rising construction costs, can be very valuable to the developer partner, he says.

“Obviously the capital is an important part of it, but when you get into a partnership, it is a long-term commitment, and you want to make sure that you’re thinking about the investment the same way,” agrees Windisch. Any investment starts with a business plan, but things don’t always move in a straight line. Circumstances happen that force you to shift. So, having a partner that is flexible and willing to change as times change is extremely important, he adds.