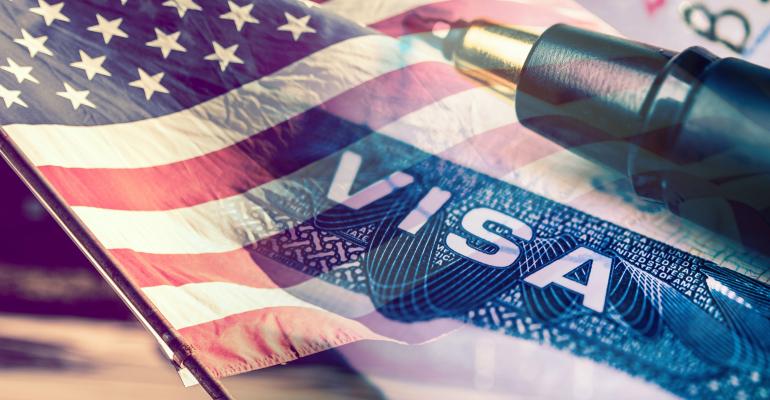 Industry participants expect an eventual EB-5 reauthorization, but the vagaries of the current Congress make it hard to predict when that might happen.

The EB-5 industry was dealt a harsh blow this summer when Congress failed to reauthorize the EB-5 Regional Center Program before its June 30th sunset deadline. Industry stakeholders are frustrated that Congress blew past the deadline. Yet many remain optimistic, that the program could be revived before the end of 2021. In the meantime, EB-5 investors, developers and program administrators is scrambling to deal with the fallout caused by the current state of uncertainty.

EB-5 is an incentive program for foreign investment into the U.S. that trades green cards for capital. Its supporters tout it as an important economic stimulus tool for economic development and job creation. According to the IIUSA, the EB-5 program helped generate $20.6 billion in foreign direct investment between 2008 and 2015.

Despite bipartisan support for reauthorization, an attempt to pass the bill through unanimous consent was blocked by Lindsay Graham (R.-S.C.). Although the EB-5 program has faced a series of short-term renewals in recent years that often went down to the wire, one key difference this round was that EB-5 reauthorization was pulled out as its own standalone bill, likely a move to pressure Congress to address reforms rather than just automatically renew the program. That move appears to have backfired with stakeholders now working to find a plausible path for reauthorization.

“We’re in a wait and see mode again,” says Aaron Grau, executive director of Invest in the USA (IIUSA), a non-profit trade association for the EB-5 Regional Center Program representing the industry in government and public affairs. Legislation to reauthorize the EB-5 Regional Center Program has been sent back up to the Hill for review and endorsement for inclusion in some “must pass” bill that needs to be approved before the end of the calendar year. “Our hope is that we will be able to discuss this industry consensus measure with all of the relevant Hill stakeholders; make them happy; keep the balance between industry stakeholders; and finally get something done—not only for the economic benefits that EB-provides, but for all of the immigrant investors that have sacrificed quite a bit to engage in this process,” says Grau.

Many industry participants are optimistic that the program will be reauthorized for a number of reasons. Congress is likely to feel some pressure to assist the thousands of foreign investors who have committed capital and have applications pending. There is still considerable investor demand for the program from foreign nationals who want to obtain U.S. citizenship. In addition, the original intent of the program was to incentivize and leverage foreign investment for economic development and job creation, and there is still plenty of demand for that low-cost, capital to fund projects.

“There is just too much support and too much demand and too much positivity that has come out of the Regional Center Program for it to lapse,” says Rohit Kapuria, a partner at Saul Ewing Arnstein & Lehr LLP who regularly represents EB-5 lenders, EB-5 borrowers, banks, regional centers and real estate developers.

The EB-5 program has weathered short-term lapses in the past, although nothing on this scale. During such lapses, the main job of Regional Centers is to reassure investors. However, the market has remained surprisingly active. In addition to the June 30th sunset, there was a June 22 U.S. District Court decision in California that invalidated EB-5 rules that went into effect in November 2019 as part of the EB-5 Immigrant Investor Program Modernization Final Rule. Among other things, the court ruling rolled back the required minimum investment in a Targeted Employment Area (TEA) from $900,000 to $500,000.

“Combined, those two events have created a “perfect storm of EB-5 chaos,” says Christine Chen, chief operating officer of CanAm Enterprises. CanAm operates seven USCIS-designated regional centers and has financed more than 55 EB-5 project loans with over $2.8 billion in capital raised from EB-5 investors.  “There are a lot of people who want to get themselves into the program if there is the possibility of a short-term renewal at $500,000,” says Chen. There also are long-term investors who would like to go in at the lower minimum but are willing to pay the $900,000 if they have to. “So, it has been a very active time for us and a lot of conversations trying to plan for various what ifs,” she says.

Both the Regional Center and Direct programs require investment in a new commercial enterprise that will create or preserve a minimum of 10 jobs per investor. However, the two programs have some key differences. Under the Direct Program, job creation is limited to full-time W-2 jobs. Those jobs also have to be sustained for an extended period of time. For investors in Regional Centers, job creation can be the total of direct, indirect, and induced employment as determined through regional economic models. (Induced jobs relate to the subsequent boost in spending that can ripple through a local economy.)

The biggest obstacle for participants in the EB-5 Regional Center Program is the uncertainty. “No one knows what’s going on. There is no certainty on anything because it’s all political” says Kapuria. That's especially true with Congress currently consumed with pressing deadlines on extending the debt ceiling and passing President Biden's two "Build Back Better" agenda bills.

For now, the entire EB-5 Regional Center Program is stuck in a holding pattern. Following the June 30th sunset of the Regional Center Program, the U.S. Citizenship and Immigration Service (CIS) issued an advisory saying that it would hold any immigrant EB-5 application in abeyance for 90 days—through the end of September. As of July 1, the CIS is not processing the Form 1-526 and Form 1-924 petitions.

“That is a real negative. We’re talking about people who have been in the program for at least five years or more if they are from China, and now they are not being processed. So, it is pretty severe from that point of view,” says Kapuria. The industry also is hopeful that CIS will extend that abeyance beyond September in light of ongoing efforts to reauthorize the program.

Like many regional center operators, CanAm has stepped up its investor outreach and is having ongoing conversations with investors. “It has been a lot of hand holding with investors, and also thinking about how do we position ourselves when the program does get reauthorized,” says Chen. One prevailing view is that if there is a longer term, multi-year reauthorization that does include some reform, that there likely will be some compromise on the minimum investment amount that falls somewhere between $500,000 and $900,000, notes Chen.

What that means for the size of the capital raise is uncertain, adds Chen. “We are trying to recalibrate our project pipeline to be suitable for different investment price points,” she says. “We don’t know how that program grows or shrinks, but we are trying as much as possible to get offerings together, while actively staying engaged with existing and prospective investors.”

For CanAm, another area of the business that is being impacted by the program lapse is the company’s capital redeployment platform. EB-5 investors are required to keep capital invested until their visa applications have been processed. For some EB-5 investors, original investments were used for project loans that are now maturing. However, they are still in the queue for their visas. So, that capital must be redeployed into new projects. “Normally, we would start engaging with those investors about their redeployment opportunities, but it is obviously very challenging to make a redeployment decision when there is no program to redeploy into,” says Chen. CanAm had a large redeployment that was approved in fall of 2020 and has successfully redeployed roughly $225 million in EB-5 investor funds into new projects, primarily by funding mezzanine loans on several multifamily and student housing development projects.

Another wildcard for the EB-5 industry is whether the bill that was proposed early in the summer will be recycled “as is” and simply rolled into new legislation, or whether there will be reforms and changes added. “I am very optimistic. I don’t think anybody wants to see this program expire. Everyone, even its detractors, understands the value it brings to the U.S. economy,” says Grau. “So, I think it’s just a question of patience, perseverance and compromise.”