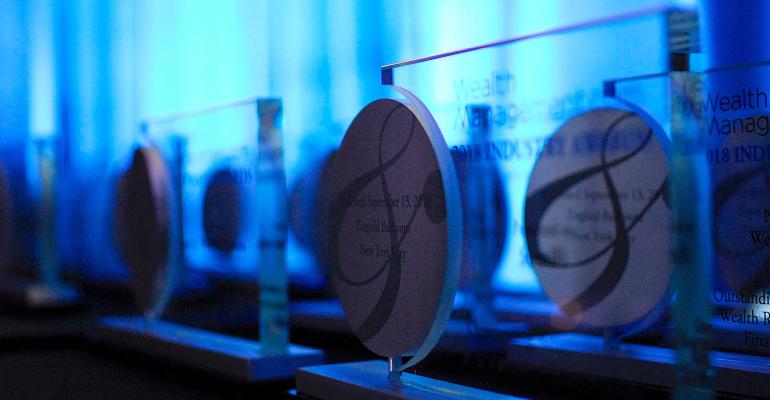 The annual program honoring individuals and business initiatives that help financial advisors better serve their clients will be held in person in New York City on Sept. 9.

The “Wealthies,” WealthManagement.com’s annual awards programs honoring individuals, organizations, and companies that help financial advisors build better businesses and create better outcomes for their clients, is back and in person this September.

This year, there were more than 900 entries submitted from 346 different companies, a 40% increase over the previous year. Envestnet garnered the most finalist nominations with eight, followed by Raymond James and Morningstar with seven, and BNY Mellon, eMoney, Fidelity Investments and Orion Advisor Solutions with six apiece.

But there’ll also be new faces and firms at the Sept. 9 gala, as 167 companies submitted nominations for the first time, with 77 reaching the finalist stage; in all, 221 different organizations were selected as finalists in one or more of the firm or individual categories. The robust participation was a testament to the value firms place on the program and surrounding events, according to William O’Conor, managing director at WealthManagement.com.

“We’re pleased that in 2021 we’ll return to celebrating and honoring our awards finalists and winners with in person events in New York City during the afternoon and evening on September 9, with concurrent virtual broadcasts accessible to a broader audience of awards team members and other wealth professionals across the nation,” he said.

Last year, the Wealthies were an entirely virtual affair, but this year the 7th Annual Industry Awards program will be in person with options for virtual viewing.

The afternoon sessions will feature discussions around technology and financial advisors' practices, with dedicated time and space for networking.

The afternoon will also feature a "buyers panel" for advisory technology, with advisors, key decision makers and chief technology officers at enterprise advisory firms, as well as technology demonstrations from awards finalists. These sessions will take place in person at the New York Athletic Club and will be available virtually to WealthManagement.com’s audience, and will be followed in the evening by the main awards ceremony at New York City’s Ziegfeld Ballroom.

This year, the program is expanding to include additional awards recognizing innovators in emerging technologies, as well as those companies that are promoting diversity, equity and inclusion within the industry.

Other new awards will recognize leadership by C-suite executives, and cite exemplary work from the year’s most creative digital marketing campaigns.

The finalists were selected by a panel of independent judges consisting of some of the industry’s premier figures, who will also determine the winners.