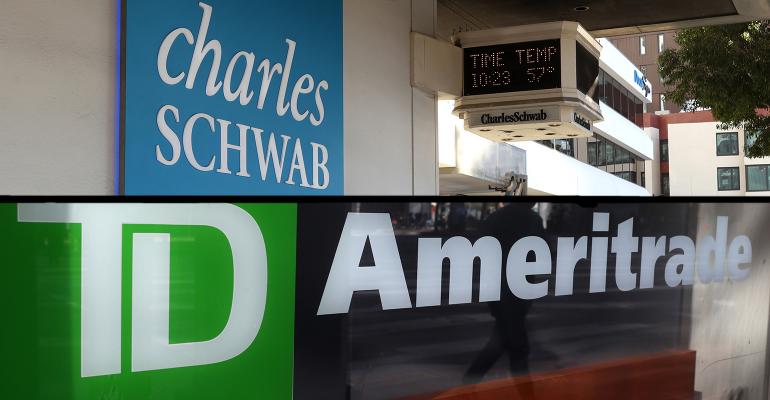 Schwab's Timeline for Bringing Aboard TDAI Advisors: 18 to 36 Months

In a panel discussion at IMPACT 2020, Tom Bradley tells newly acquired TDAI advisors it will be 'business as usual' for at least a year and a half before their full transition to Schwab's platform.

At Schwab's first virtual IMPACT conference, it was the first time TD Ameritrade Institutional advisors were invited by Schwab organizers to bring them into the fold and become familiar, or reacquainted, with what, for many, will be their new broker/dealer and custodian.

During a panel discussion, Jon Beatty, Schwab’s chief operating officer of Advisor Services, sought to sooth some advisors’ anxiety over the looming transition of advisors’ accounting systems and clients to Schwab’s platform.

He said some advisors were asking why it has taken Schwab so long to “digitize” its platform, which, in general terms can refer to both replacing paper forms with digital form libraries and also the process of replacing most forms altogether with digital straight-through processing. More specifically, some advisors do not understand the 18- to 36-month estimate for the time it will take to transition client accounts held within the TDAI Veo core accounting platform to that of Schwab.

At last year's IMPACT, executives announced a series of upgrades it planned to make such as killing forms and converting to more digital processes. Executives said then that moving to fully digital processes was in the works, but the arrival of advisors who custodied with TDA Institutional is putting even more pressure on Schwab’s plans, as many advisors who custodied with both firms often thought of TDAI as faster-paced when it comes to technology innovation.

“We would love to go faster,” said Jalina Kerr, Schwab’s senior vice president of advisor experience. “I think the complexity of the technology ecosystem is certainly part of the challenge. We’ve got to continue to modernize from the security perspective and from a platform modernization perspective.”

Kerr said some elements of Schwab’s efforts to digitize its platform are incomplete and the company is in the process of finalizing items in money movement, digital account opening, account maintenance, and the ability to provide reporting and dashboarding. Schwab wants to complete all of this for its more than 8,000 advisor clients before it moves to its next task—integrating TDA’s technology with Schwab’s and supporting third-party integration.

“The integration creates a great catalyst because we know that we’re timed out by some of that and the ability to get a lot of this in market, if not all of it, is the goal,” said Kerr. “I think we’re at a place to have very meaningful progress in all these goals before we get to client conversion.”

Beatty summed up Kerr’s thoughts with an analogy: “If you take your car to the mechanic shop, they can only put so many mechanics under the hood at once,” he said. 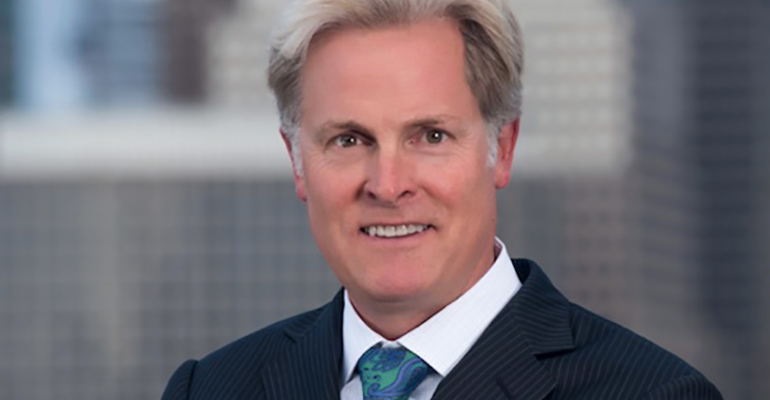 Building on Kerr’s statements on digitization, Tom Bradley, a former TDAI exec turned Schwab SVP who oversees its core group of advisors, mostly smaller RIAs with around $100 million in AUM, said the conversion process would be as seamless as possible and reiterated that it would likely be another 18 to 36 months from now before completion.

And until that time arrives, it would be business as usual. TDAI advisors will receive “lots of communications, preparation and training in the coming months.”

The panel discussion also included reassurance from Bradley that TDAI’s small RIAs would continue to be supported on the Schwab platform.

“The scale enables us to continue to reinvest back into the business," Bradley said. "We’re investing millions of dollars into the platform to continue to keep you [advisors] on the cutting edge and to continue to compete. We have around $5 trillion, but there are trillions more out there for all of us to capture together, so that’s what makes this deal real important to you [advisors]."