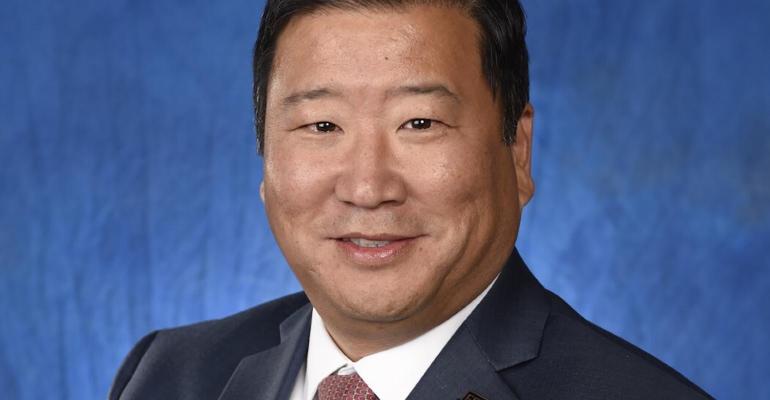 New FPA President to Focus on Title Protection in 2023

New FPA President James Lee outlined the organization’s plans for the new year and the reasons behind its departure from the Financial Planning Coalition.

This year the Financial Planning Association will gather thoughts from its members, other professional organizations, regulators and policymakers to propose professional standards around title protection, according to incoming FPA President James Lee.

“Ultimately, the goal for this year is to start and have the conversations with stakeholders, and then following those conversations, the FPA will determine the next steps,” Lee said in an interview with WealthManagement.com.

Lee, the founder and president of the Saratoga Springs, N.Y.-based Lee Investment Management, has been on the FPA Board of Directors for the past three years and an FPA member for more than two decades. He was named as president-elect last year and is succeeding outgoing president Dennis Moore.

Last July, the FPA announced it would pursue legal recognition of the title “financial planner” through title protection to distinguish planners from other financial services professionals. Lee said it would be a “major focus of the board” throughout 2023, though he stressed the FPA wasn’t trying to trademark the term or push for only FPA members to use it. According to an FPA internal survey, nearly eight in 10 members support title protection.

Title protection would put standards into place for anyone claiming to be a 'financial planner,' with the FPA hoping such a move would differentiate planners from other professionals in the industry.

Throughout 2023, Lee said, the FPA will be looking for “consensus” among FPA professionals, regulators and firms, as well as consumer groups and academia on “acceptable” competency and ethical standards, while understanding that there would likely be some disagreement on what those standards should entail.

Lee declined to say whether he thought the FPA should pursue title protection at the state or federal level, though he preferred uniform standards throughout the country, whether that would be through a federal rule or similar rules for each state.

“There has not been an effort yet amongst the stakeholders in the financial planning community or ecosystem to create universally accepted standards, so the fact that the FPA has decided to lead the conversation and to lead the effort to create the standards is breaking down one of the barriers to the establishment of financial planning as a true profession,” Lee said.

The FPA left the Financial Planning Coalition at the end of 2022, as previously planned, so the organization could focus its efforts on title protection. The coalition consists of the CFP Board and the National Association of Personal Financial Advisors and was established to help professional planners gain recognition and further protections.

“The FPA was spending time and resources on coalition issues that were not laser-focused on title protection, and that’s where the FPA wanted to focus its resources going forward to benefit its members and advance the profession,” Lee said.

But Lee stressed that the FPA continued to have strong relationships with the other two organizations on the staff and volunteer leadership levels; it’s unlikely the move would weaken the ability of planners to advocate for other issues in a unified manner. In a previous interview with WealthManagement.com, former NAPFA CEO Geoffrey Brown said they were “disappointed” by the FPA’s departure, arguing the profession was served by the three organizations speaking in tandem.

“I am certain there will be issues that impact financial planners and the financial planning profession where the CFP Board, FPA and NAPFA will be able to speak with one voice,” Lee said.