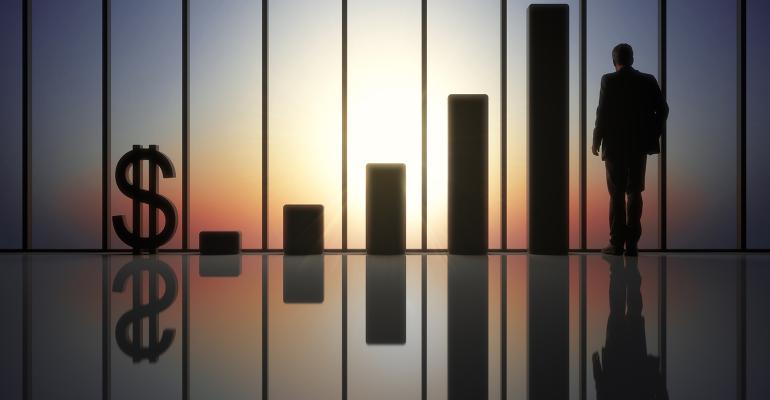 Essential guide to becoming an RIA.

Does your team reflect today’s clients?

Registered investment advisors that grew last year did so on the basis of bringing in new clients more than they did by growing assets from their existing base, according to a recent benchmarking report. In fact, new client assets accounted for more than five times the amount of new assets for RIAs than did growth of existing clients in 2018, making it unsurprising that advisors’ top strategic initiatives involved boosting business through individual or business referrals, according to a new survey from Charles Schwab.

In all 1,310 firms custodying assets with Schwab Advisor Services responded to the 2019 RIA Benchmarking Study between January and March of this year (the annual survey is in its 13th year). These firms represent $1.1 trillion in assets under management, and the vast majority of survey respondents serve $250 million or more in managed assets.

These RIAs saw growth in AUM, revenue and the median number of clients during the five-year period between 2014 and 2018, with firms of all sizes growing in all three categories during that time, according to the study. Advisors also found ways to increase productivity (including boosting both the average AUM and number of clients per advisor) while maintaining previous levels of client service.

“At the end of last year, there was more volatility in the market, and that’s reflected in the year-end numbers. But when we looked at the key fundamentals in terms of net organic growth and client attrition, those metrics remained strong,” said Lisa Salvi, Vice President at Schwab Advisor Services. “It’s a testament to the client experience these independent firms create.”

Hiring was also a central goal for many firms. In 2018, 71% of firms hired a median of three new advisors, and 76% of firms intend to make new hires this year. The fastest-growing firms (defined as the top 20% of firms with the best five-year net organic compound annual growth rate) saw nearly twice the growth in assets from new clients compared with other firms (in a nearly identical match with last year’s results). These firms outpaced others with 3.9 times the growth in five-year net organic CAGR, 3.4 times the net organic growth and nearly double the number of assets from new clients.

But that was softened by the firm's net organic growth (defined as the change in assets from existing and new clients minus assets lost to client attrition, while excluding growth due to acquisitions, divestitures or advisors joining or leaving a firm with assets). In firms with more than $250 million in assets, net organic growth’s contribution to overall AUM growth fell from 5.5% to 4.1%, while dropping from 14.7% to 10.5% in the fastest-growing firms. The median five-year organic growth CAGR for all firms with $250 million or more in AUM remained steady from 2017 to 2018 at 5.1%. Salvi said the firms with clarity about their overarching business plan and about the clients they’re seeking were best positioned to maintain such stability during tenuous market conditions.

“The firms that tend to do very well are the firms that have a defined strategic business plan, and if they don’t have one, that’s what they should be doing,” she said.

Firms are also expanding options for equity financing for employees. Many equity purchases are financed by employees themselves, and more than half of the firms offering equity financing did so to “retain key talent” or “support succession strategy” (at 27% and 26%, respectively). Though 29% of respondents reported they did not share equity with nonfounders, Salvi said employees might be attracted to firms where they see a potential path forward to attaining equity. She also noted the rate of equity financing tended to increase with firm size.

Salvi said the consistency in RIA growth and strength despite 2018’s late-year market tumult shows that RIAs could be the best option for clients wary of current and future market conditions, stressing that many RIAs already have a predetermined market correction plan in place for concerned clients.

“This is when RIAs shine. They tend to do well in difficult market environments,” she said. “They approach their client relationships from a place of education and being prepared for what could happen.”