/sites/all/themes/penton_subtheme_wealthmanagement/images/logos/footer.png
Recent
Recent
12 Must Reads for the CRE Industry Today (May 12, 2021)
May 11, 2021
What Private Equity Investors Need to Know About Proposed Tax Changes
May 11, 2021
How Important Is it to Define Your Ideal Client?
May 11, 2021
Mall Giant Simon Property Boosts 2021 Outlook Amid Retail Growth
May 11, 2021
Featured
Poll: 15 Classic Books on Investing and the Markets
Apr 03, 2020
Fifteen Must-Listen Business Podcasts for Advisors
Aug 14, 2020
25 U.S. Markets Adding the Most Multifamily Units This Year
Feb 03, 2021
The Top Colleges for Financial Planning
Oct 03, 2019
The Daily Brief
brought to you by 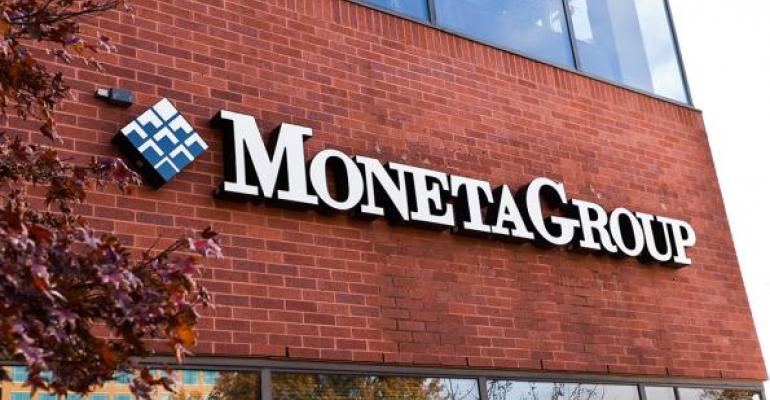 The partnership with Dunston Financial Group is Moneta's second move into the Denver area in two months, marking the first expansion out of St. Louis in the company's history.

Moneta, a registered investment advisory firm with $24 billion in assets under management, is continuing its reach into the Denver area by acquiring Dunston Financial Group, an independent RIA founded in 2015 with $80 million in managed assets.

The deal marks the first time an RIA has joined with Moneta, which was deemed one of the country’s Top 10 RIAs by WealthManagement.com in 2016. Moneta will continue to take root in the Denver area by hiring additional advisors and potentially acquiring additional firms. Moneta’s Managing Partner and Chairman of the Board Eric Kittner, lauded the deal, saying the cultural alignment between the two fee-only firms made the partnership possible.

“By partnering with Moneta, Dunston will access the resources and support they needed to continue offering exceptional service to their growing number of clients without giving up independence,” he said. “At Moneta, they’ll benefit from our scale and infrastructure while keeping autonomy within their team.”

In early September, Moneta opened a separate office in Denver, after 150 years of exclusively operating out of St. Louis. After the transition, the Dunston team will continue to work in their current office space, meaning there will be two Denver Moneta locations.

According to a Moneta spokesperson, Denver was chosen as a first step forward in expansion based on a significant number of Moneta clients located in the Denver area, with the area being a notable region for prosperity and growth. The spokesperson also cited that the two firms shared a Midwestern culture. In the years ahead, Moneta plans to expand into other cities, as well.

“We’re looking for other like-minded firms who share our value for providing independent, comprehensive, fee-only financial advice,” Kittner said. “Partnering with Moneta will allow them to meaningfully grow their business and serve their clients for generations to come.”