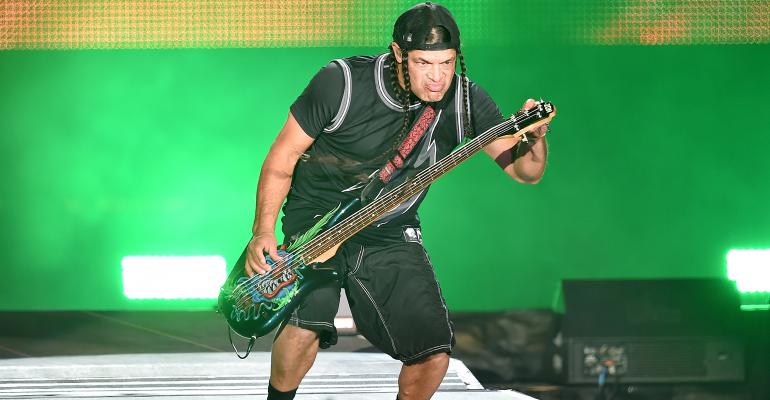 Robert Trujillo, the current bassist of the heavy metal band Metallica, has taken an equity stake in Manhattan West Asset Management, a Manhattan Beach, Calif.-based advisory firm, where he’s a client. Lorenzo Esparza and his team left J.P. Morgan Securities earlier this summer to start the firm, which primarily serves institutional and ultra-high-net-worth investors, many of which are in the sports, music and entertainment business. Esparza has transitioned 90 percent of his client base so far. The firm is Latino-owned. “Having experienced a range of their capabilities first hand, I'm excited to support Manhattan West's growth and expansion," said Trujillo, in a statement. "Having an entrepreneurial streak myself, joining the firm as an equity partner made sense on a number of levels."

TD Ameritrade announced its thinkorswim trading platform now includes access to earnings analysis tools via Estimize, which aggregates estimates on U.S.-listed securities from over 3,000 independent, buy-side and sell-side analysts, private investors and students. Through Estimize, thinkorswim users can view projected earnings from third-party analysts as well as crowdsourced estimates for current and previous periods and can filter for myriad quarterly measures, including price history, volatility, and projected and actual earnings. Quarters can also be filtered for how they stack-up with Wall Street and Estimize estimates. "The impact of Estimize has been well-documented by academics,” said Nicole Sherrod, managing director of trading, TD Ameritrade. “Combining Estimize data with our expertise on options trading platforms and post-earnings price movement can revolutionize how retail investors trade earnings.” Will Allen, who played in the NFL from 2001 to 2013, pleaded guilty to running a Ponzi scheme with a business partner, the New York Post reports. Allen, who played with the New York Giants, Miami Dolphins and New England Patriots, and partner Susan Daub pleaded guilty to federal fraud, conspiracy and money laundering charges. The duo fleeced investors out of $35 million by claiming they were making high-interest loans to professional athletes who needed money. In some cases, the loans were for less than they claimed or were non-existant. Sentencing is scheduled for February.