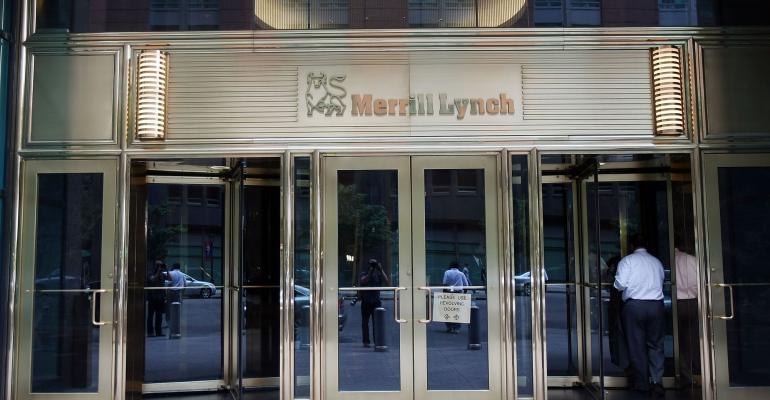 According to a senior Merrill executive, advisors will now get a 100% payout for retaining accounts from others who’ve departed the company or retired.

Merrill Lynch Wealth Management is amending its current policy governing how much payout advisors keep for retaining accounts previously under advisors who departed the firm for other companies or retired, according to a senior Merrill Lynch executive detailing changes to the company’s compensation structures in the coming year.

Overall, the executive deemed these changes to be ‘minimal,’ but the transfer account policy will shift from advisors keeping 50% of the payout of production on retained accounts to a 100% payout on those accounts in 2022. Additionally, while advisors' compensation from the firm's growth grid for losing retained accounts from departed advisors is not penalized for six months, the grace period will extend to 12 months next year. The company made this reconfiguration to ensure that no advisors were penalized for working to keep accounts, according to the Merrill executive.

“Our advisors have been very successful in retaining accounts,” she said. “They’ve put a lot of work into it, and we think it’s appropriate to recognize that effort by not having a haircut for the first year of that retention.”

Merrill Lynch will also shift its incentive grid structure to calculate advisor compensation per month based on a trailing, 12-month structure, compared to the current system, which is based on a retroactive calendar-year system. The executive noted that the incentive grid for advisors was “at the heart” of how the firm operates, and that it's grid rates and ranges were not changing for 2022.

The new trailing 12-month grid structure offers several benefits in comparison to the current structure used to determine advisors’ compensation. The trailing model is more widely used throughout the industry, and the Merrill executive argued it would offer advisors more “consistency and stability.” Now, as compensation is determined month-to-month, 11 out of the 12 months used to calculate payouts will remain the same each time.

The small changes come during a year-to-date for the bank’s wealth management arm that's seen 19% growth in revenues year-over-year (and revenues totaling $4.5 billion), with 95% of advisors on track to surpass production results from 2020 and 86% of advisors in the running to have their strongest years ever, according to Merrill's 2021's third quarter earnings.

Merrill has faced heavy turnover (mirroring similar challenges at other wirehouses), with Bank of America’s wealth management unit (which includes advisors in private bank, consumer investment businesses and Merrill Lynch Wealth Management) losing more than 400 advisors in the second quarter of this year. According to Mindy Diamond, the president & CEO of New Jersey-based Diamond Consultants, advisors are looking for “a very good reason” to stay with Merrill Lynch.

“They’re loyal to the bull, and Merrill has done a lot to make them not love it,” Diamond said. “There’s a lot of advisors in motion, and they’re watching closely to see what moves Merrill will make to stave off attrition."