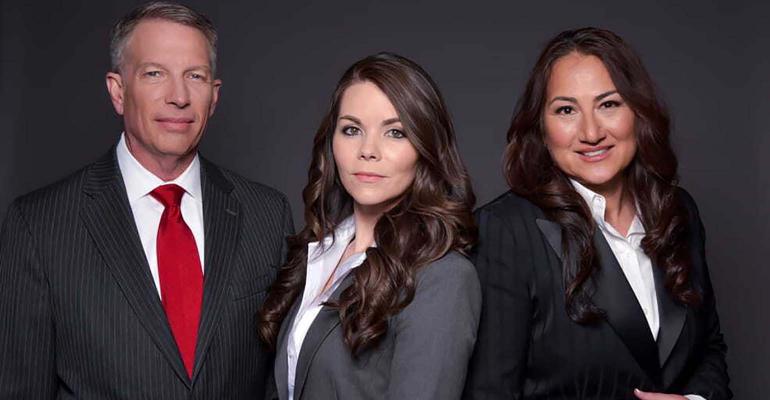 Yet another team of financial advisors has broken away after decades in the wirehouse channel, joining Concurrent Advisors and the Raymond James independent platform to found Old Town Advisors in Albuquerque, N.M.

Presidents David Baland and Liatriz Levy left Merrill Lynch after a combined 36 years with the firm, bringing with them Amanda Burrows, their client relationship manager. According to Baland, a shifting culture at the wirehouse prompted conversations around leaving to begin in earnest last summer.

“I'm super appreciative of everything I learned at the wirehouses,” said Baland, who also spent time at Morgan Stanley and Bank of America. “But it was changing, and it was changing fast. It felt like it was just really hard to keep up with.”

Baland said Merrill had introduced scorecards for its advisors, prompting them to strive for target goals in terms of referrals, new accounts, new assets, digital engagement and more.

“We felt like we were focusing on a scorecard and all of these things that weren't really client-facing, if you will,” he said. “And that kind of spurred it.”

Conversations with established independent firms left Baland and Levy with the impression that they would still have less freedom than desired—“We found there were approvals needed or account minimum goals,” said Baland—so the pair opted instead to pursue full independence.

They ultimately chose to partner with Concurrent for the autonomy-with-responsivity framework it offers, as well as the contagious enthusiasm of existing Concurrent partners they met at an event. The ability to have a dual platform offering both brokerage and fee-based services was also a deciding factor, Baland said.

An office of supervisory jurisdiction of Raymond James and backed by Merchant Investment Management, Concurrent supported the breakaway team at Old Town Advisors after a quarter in which newly independent advisors managing a total of nearly $1 billion of AUM affiliated with the OSJ. Old Town Advisors marks its first affiliate in New Mexico.

"So far this year we’ve onboarded 18 teams managing over $3 billion in assets," said Concurrent co-founder Nate Lenz. "What’s exciting about that is we now have 18 distinct, independent firms with advisors as diverse as their client bases." He said he's confident that trajectory will continue into the coming years.

“Dave and Lia’s partnership has been a key to their growth and we’re thrilled to have the opportunity to come alongside them as they launch Old Town Advisors," Lenz said. "Their backgrounds allow them to approach each relationship with a unique perspective, contributing their individual expertise to deliver a holistic wealth management offering."

“Leah and I really like Nate,” Baland said, adding they appreciated meeting Concurrent leadership right away. “Nate was very excited about the proposition that Concurrent had to offer. And the positivity and excitement of the Concurrent advisors was contagious. I think that’s what really appealed to me, a group of financial advisors really excited about the future of their firms. I’m not sure if I’ve ever felt that way before.”

The team oversaw about $300 million in assets at Merrill and expects to retain around 80% of those accounts. Old Town isn’t expecting to jump into the frothy M&A market anytime soon (although the possibility of future transactions remains on the table), and near-term growth is expected to occur through organic strategies. With no impending plans to retire, Baland said he will likely seek to cultivate a next-generation successor to eventually take over his book of business.

“I've done business in New Mexico for nearly 30 years and some of those relationships from 30 years ago are still relationships today,” Baland said. “What we always felt at my old firm that it was always more new accounts, more assets—and that's great. You gotta grow, I understand that. But the goal here is to get far more intimate with the clients we have and be able to spend more time with them and make planning a bigger focus of what we're doing.”