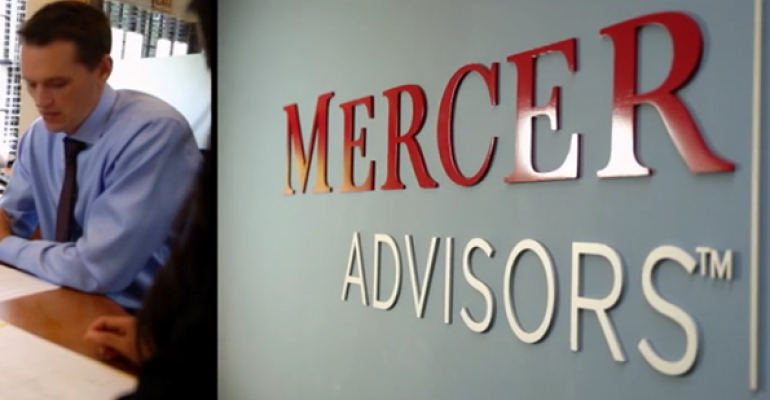 Mercer Advisors has acquired a Spokane, Wash.-based firm with about $440 million in assets under management, its second acquisition announcement in the past week and its second this month in the Pacific Northwest, the registered investment advisor said Thursday.

Hart Capital Management, which also has a satellite office in Coeur d’Alene, Idaho, works with about 400 clients in total, and was founded by President and Chief Investment Officer Craig W. Hart more than 20 years ago. In addition to Hart, the team consists of nine individuals who specialize in servicing high net worth clients.

Related: No Slowdown for Mercer

For Hart, he felt an acquisition would help the firm stay competitive by partnering with a national firm with built-in infrastructure that would let them offer clients services like estate and tax planning in-house. It would also help alleviate some of the middle and back office activities such as marketing, sales and IT. Hart said he worked closely with David Barton, a vice chairman and head of M&A at Mercer, on the deal, which closed on Dec. 31.

“We had reached a level of needing to invest heavily in our business to develop the scale and infrastructure necessary to service our ever-increasing client needs,” Hart said. “It was a build it or join it decision.”

Mercer Advisors is one of the country’s largest RIAs, totaling almost $27 billion in client assets with 520 employees spread throughout more than 45 locations. According to Barton, the Hart Capital Management acquisition would help Mercer leverage its ‘existing operations’ through cities like Portland and Seattle, as well as Idaho to create an opportunity for firms throughout the Pacific Northwest to share support. (Earlier this month, the RIA added McGee Wealth Management, a Portland firm with about $815 million in managed assets among about 800 clients.)

Just a few days ago, Mercer announced a deal to acquire Pinnacle Wealth Solutions, a Virginia-based firm with 250 clients and $365 million in assets under management. Founder Carl Mahler cited similar reasons for moving forward with an acquisition, saying that a national partner would assist Pinnacle with middle and back office support, help them fulfill their succession plan and compete in the industry.

“Dave (Barton) explained what our transition options were, what those paths looked like, and how we could work together to implement a successful outcome,” Mahler said. “I was impressed with the depth and breadth of Mercer Advisors’ offerings and how we could leverage their scale and national platform business.”

Mercer has announced six acquisitions so far this year, including last week’s announcement that the RIA had acquired the $850 million Scottsdale, Ariz.-based Rowland Carmichael Advisors, with Barton expecting the acquisition will add to Mercer’s $2 billion ERISA services. Earlier this month, Mercer announced it had acquired Kays Financial Advisory Corporation, an Atlanta-based firm with about 700 clients and more than $800 million in managed assets. The firm continued making deals in Atlanta with the purchase of Atlanta Financial Associates, with about 570 clients and $815 million in AUM. Each of the deals closed in November or December of last year.