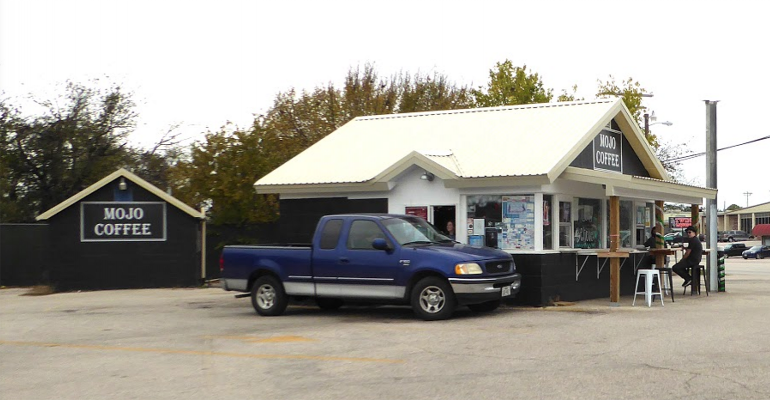 Lessons a New Kestra Executive Brought From the Coffee Business

Mojo Coffee can’t do things Starbucks can. But there are ways it can still compete. Therein lies a lesson for financial advisors, says a new Kestra executive.

A new vice president of business development at Kestra Financial has years of experience working with financial advisors, but he says some of the most important lessons he brings to the job came from a seemingly unrelated industry: The retail coffee business.

Austin Moon III was the head of new business development at National Planning Holdings when the independent broker/dealer was acquired by LPL Financial in 2017. During his two-year stint with the company, he built and managed a team of 20 sales professionals across four NPH b/ds and later helped transition about 1,900 advisors to LPL, along with the $75 billion in assets they managed.

But after that was completed, Moon was let go from LPL. With free time on his hands, he decided to invest part of his severance package into growing a small coffee business he started with his cousin in 2015.

Originally just a drive-through store in an empty lot at the corner of E. Polk and S. Rhomberg streets in the small town of Burnet, Texas, the investment was used to grow the business significantly that year. Mojo Coffee now has three locations in Texas with 60 employees and is on track to generate $3 million in annual revenue. It’s a small business success story in itself, but Moon said he’s also gained invaluable experience and more empathy for advisors.

Moon and his cousin spent countless hours looking at software systems, negotiating with vendors, going back-and-forth with a landlord, and researching the local coffee market, he said. To help determine how many employees it needed to staff, Moon recalled standing outside competing coffee shops at 5 a.m., keeping a tally of cars and customers, spying on what they were ordering.

Those efforts, at least in essence, are similar to what advisors do while planning to establish their own independent firm. “It’s given me a great sense to what our advisors go through,” Moon said.

Moon’s business doesn’t have the scale to do things that Starbucks can, like develop a mobile app that lets customers place a pick-up order, stroll into a location, grab their coffee waiting for them and get out in seconds.

But a small business, be it coffee or financial advice, can compete when it comes to service, Moon said. At Mojo Coffee, employees are trained to engage with customers, not just churn out beverages. Baristas memorize customers’ favorite drinks and know the names of their family members and pets. It’s not uncommon for employees at Mojo Coffee to receive casseroles, flowers or birthday presents from customers, Moon said. The focus on customer service has led to hundreds of enthusiastic reviews online from customers praising the stores, with common compliments around the quality of the the service; for a small shop, that is better marketing than any paid advertising.

Whether it’s between Kestra and advisors or advisors and clients, he’s learned that establishing relationships is what matters most, and other entrepreneurs in wealth management agree that a relentless focus on service and client experience translates to success.

“He brings a high-level of enthusiasm and is a sincere human being,” Schwamb said about Moon, whose personality is one that has attracted advisors to the firm. “Beyond the tools and resources, which we’re extremely competitive with, it comes down to who advisors can see themselves working with.”