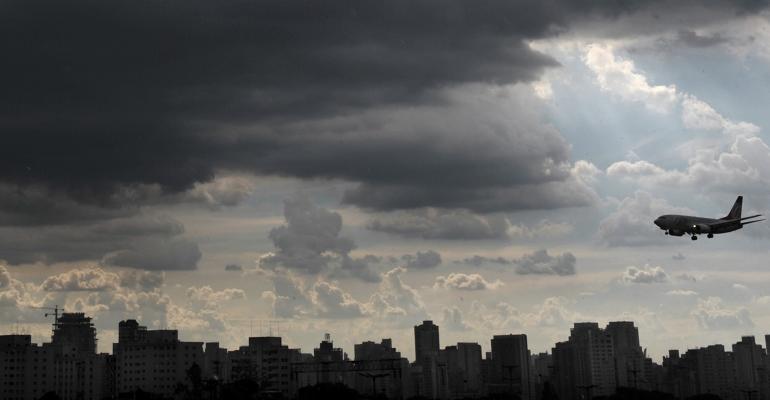 The devastation following the COVID-19 crisis will lead to a lull in RIA mergers and acquisitions, followed by a surge until a return to normal, writes David DeVoe.

The COVID-19 crisis is affecting nearly every aspect of our lives and has already had a profound impact on the RIA community. Soon, we will see its effect on RIA M&A.

Advisors have spent several weeks immersed in taking care of their clients. As painful as crises like this are, it’s times like this when advisors shine. The round-the-clock work, the hand-holding, the fiduciary approach to serving clients—these are a few examples of how the differentiated RIA model contrasts with others. The result is that clients come through these challenging times with a newfound, deeper appreciation for their advisor.

Advisors are now starting to emerge from this relentless focus on clients. Many are wondering about their own succession and transition plans—and how this COVID-19 crisis will affect them. Advisors who were contemplating a sale, acquisition or internal succession now have questions:

As unpredictable as this virus and its implications are, we can have a degree of confidence about how merger and acquisition activity will be affected. DeVoe & Company’s team of eight senior consultants—six of whom have run $1 billion-plus RIAs through numerous downturns—has been actively assessing the RIA marketplace. With history as our guide and careful analysis as our North Star, we can map out some early expectations for what lies ahead.

Related: What Could Happen to RIA M&A? 2008 Provides a Clue

We are in the midst of a black swan event of unseen proportions; one that has never occurred (at least outside of fictional movies and books) in modern history. There is no playbook. We don’t know how this unfolds. We have entered uncharted territory.

It’s almost as if you are driving to the airport and hear on the radio that a weird, massive dark cloud suddenly covered the whole country. It is a never-seen-before uber-storm that has wildly unpredictable characteristics and behavior patterns. You imagine being on your flight in the middle of this mess, terrified. Visibility is bad, winds are volatile, and the storm is pushing the plane in one direction and then pulling it in another.

This construct—as far-fetched as it is—can help describe what will potentially occur with RIA M&A. The devastation following COVID-19 will likely drive mergers and acquisitions in our industry through four major phases.

Sticking with the analogy, imagine yourself as the pilot flying your plane through this mess. Now, the good news is, you are pretty close to your destination. What do you do? You probably buckle down, accept this surreal situation and focus on landing safely.

And that is precisely what buyers and sellers at later stages of their M&A journey are doing today. Those who are close to their destination are aware that something unusual has happened—yet they are focused on the task at hand and can see the path forward. They want to land the plane and get the deal done.

Phase 1 is a stage when live deals move to completion.

With over 30 transactions in a given quarter, there are always a number of deals in process. DeVoe & Company is currently engaged in several of these transactions and, so far, both buyers and sellers are maintaining momentum toward signature and closing. The parties aren’t playing games with valuation. They aren’t seeking to recast the deal structure. They are sticking to the signed Letter of Intent and tracking surprisingly well with the project plans.

Phase 1 is expected to continue its deceleration from Q1, as transactions were already slowing. The majority of late-stage transactions will be completed, and we will likely experience neither business as usual nor a drop off the cliff.

This is in line with what occurred in 2008 when the market began crashing: Most “live” deals continued forward and were completed. As a matter of fact, despite the initial steep stock market decline occurring in April of that year, 2008 still became a record year for RIA M&A.

Earlier, you had imagined piloting a plane that was near its destination. What if, by contrast, you had just taken off when this uber-storm hit. What would you do? Most likely, you would literally turn tail and get back to the safe tarmac you just left. Return to the gate and wait for this thing to pass.

That’s what is anticipated for most early-stage deals. Discussions that had not progressed to the Letter of Intent phase are less likely to move toward a conclusion. With the multifaceted impact of the virus, there are too many distractions, too many unknowns. Sellers at these earlier stages will likely retreat. And this behavior will contribute to the “lull” of phase 2.

Phase 2: A lull in transaction volume

This phase will be characterized by a clear decline in M&A activity. Most early-stage deals will be abandoned and many RIAs that had been moving toward implementing a merger or acquisition strategy will pause. Other advisors will find the shock of the changed world motivating them to again contemplate the concept of selling their firm. And contemplate they will. Many advisors will move into analysis paralysis.

Understandably so. This is a complex situation with very little clarity. The market is swinging a thousand points a day. The COVID-19 cases continue to grow. Have we reached the peak? How long will the country be asked to shelter in place? Will there be a resurgence later in the year? What will this do to the economy? What impact will this have on the stock market? On my clients’ jobs? On my own company?

Advisors have myriad questions and there will not be any clear-cut answers anytime soon. In our analogy, this is akin to a plane sitting on the tarmac. Advisors will be doing the pilot’s equivalent of checking and rechecking their instruments, assessing the weather reports, perhaps even checking the individual bolts to make sure a wing doesn’t fall off. The decision to sell a firm is one of the most important decisions one will ever make. So, owners will naturally move slowly toward putting transition actions into actual motion.

Following the 2008 decline, this move toward reengaging in selling activities was slow. Valuations had gone from an all-time high to an all-time low in a matter of months. Many advisors sought to patiently wait for valuations to return to previous levels. Advisors essentially sat on the sidelines until 2010, when M&A bounced back to precrash levels. And many of them waited years to sell. The waiting game proved elusive—valuations returned to a historic norm five years later, and they didn’t break through the early-2008 levels until 11 years later.

In 2020, many firms don’t have the same luxury of time. DeVoe & Company estimates that the average firm owner is 62 or older. Owners are older—and many now realize that trying to time the market with the sale of their business is just as risky as trying to time the market with their client portfolios. So, it seems that advisors will not wait as long to reengage with their M&A strategies as they have in the past.

Eventually, advisors will start moving forward. They will start reengaging in the M&A process. But once one reengages, it still takes time to get to a transaction.

Overall, the second half of this period will still seem like a “lull” on the surface. The industry will see few transactions being announced. But, there will be actual activity—early- and mid-stage M&A activity—setting the stage for phase 3.

Phase 3: A surge of transactions

In the third phase, RIA M&A activity will ramp up quickly and push the industry to a new series of record highs. With greater clarity on the market and the economy and new conviction to arrive at their destinations, advisors will now crowd metaphorical runways as M&A takes off. Firms will now begin to implement their transitions plans en masse, and a surge of activity will come to the market.

RIAs will sell for a number of reasons. Demographics will be one driving factor for many advisors. The trauma of the COVID-19 experience will fatigue other advisors, many deciding that it’s no longer as fun as it used to be. And, perhaps more important, many will look at their lives differently—and start prioritizing other items ahead of their business. A new group of advisors will see the power of scale differently. Many will be fatigued by the technical implications of this crisis—the strain on their technology and trading systems, the energy it took to craft communications and execute client requests. Many will decide that it’s the right time to join an enterprise that can remove these and other headaches.

Although valuations likely will have compressed, deal structures will be more dynamic. Buyers will have a strategic interest in conserving cash, and sellers will often seek economic structures that enable them to participate in expected future growth. The result will be reduced down payments and larger and more intelligently designed contingent payments.

The momentum of the surge will potentially create an imbalance in the marketplace. Just as an airport crowded with planes on the tarmac is constrained by the number of runways, the RIA space may ultimately hit constraints on buyer capacity. It’s possible that some or even many RIAs won’t be able to find buyers or good partners during the surge. Valuations could potentially become compressed with an overabundance of sellers.

Phase 4: Return to a new normal

In this phase, life returns to a degree of normalcy. Just as planes take off and land according to routine, advisors will routinely find buyers and merger partners. The market finds a new healthy balance.

The “normal” for RIA M&A is expected to be a steadily increasing level of activity. With 10,000 firms in the industry—many led by aging advisors and most with succession planning gaps—this industry should be experiencing 200-300 transactions per year. Hopefully, the shock to the system that so many advisors have experienced with COVID-19 will drive more succession planning—and fewer firms will have to come to market to sell as their last resort. Ironically, the COVID-19 crisis might help mitigate the brewing succession crisis this industry is facing.

The “new normal” will likely be the result of evolved business models and client support models. We can expect to see more remote working structures. We can expect to see more virtual relationships, as advisors meet with their clients via digital forms (Zoom, GoToMeeting, Google Meet, etc). If grandma has Zoomed with her grandchildren every week, we can now rest assured that she has the technical capability to do the same with her advisor. And with that, the competitive playing field may shift, too.

Although it’s interesting to look forward and consider what will be, today it may be more important to look back and consider history. Crises—as painful as they are—are the times when RIAs shine. There is no better model to serve the needs of investors, and market declines are times when this becomes most apparent.

The fiduciary commitment that is driving the intensive work that advisors are doing for their clients will ultimately benefit RIAs. Advisors with wirehouses and IBDs and automated advice platforms, or so-called robo advisors, will struggle with their voluminous client lists and understaffed models. The independent advisor model is built for situations like this—and clients will talk warmly about how they were supported through this process. Their friends will learn that there is a better way than their broker or brokerage. History is likely to repeat itself: 2009 and 2010 were two of the strongest growth years for the industry. Although there is quite a journey ahead of us, firms that navigate this storm effectively will come through the crisis with a stronger, more valuable and more attractive firm.