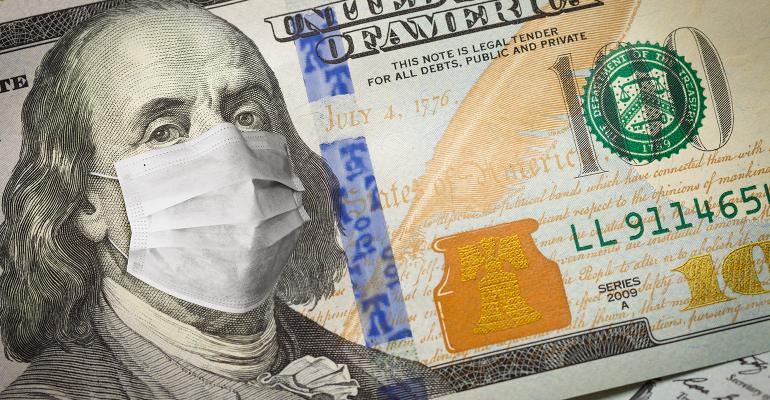 What Could Happen to RIA M&A? 2008 Provides a Clue

The hit to the markets and the economy will change the dynamics of RIA mergers and acquisitions—as well as firm valuations.

Current mergers and acquisitions in the registered investment advisor space have not come to a grinding halt as the coronavirus pandemic plays havoc with the markets and the economy. But advisors in the early stages of deals will likely take a step back, and valuations of firms will take a hit, say deal-makers.

One M&A expert, who declined to be named, predicted deals over the next three to four months would dry up, as smaller firms struggle to stay in business and larger firms tighten up their finances and turn their focus toward clients. Valuations could be down between 25% and 35% as most firms' revenue is tied to the market.

Related: COVID-19 Could Be a Harsh Test for Advisors’ Business Continuity Plans

But if the 2008 recession is any indication, a temporary pause may be followed by a spike in deals. Strategic acquirers were the buyers that really excelled in the environment of 2008, when firms were looking to buy or sell to get access to better technology, a back-office platform or new services to offer clients. Principals of advisory firms are likely to undergo a similar reckoning in the wake of the current upheaval and look for strategic partners to bolster their business.

“I think advisors who might be in the very initial stages are just naturally spending their time and energy focused on clients, figuring out what to do with their business,” said David DeVoe, managing partner of DeVoe and Co., a consultant to RIA mergers.

But a market decline will ultimately increase the velocity of deals, he said. While in 2008 there were fewer sellers in the market, there are more firm principals near retirement today. “Many of today's advisors don't have the luxury to just sort of dig in and wait another five or even 10 years,” he said.

Valuations were down about 40% in the 2008 financial crisis, DeVoe said. But he believes they were unjustifiably high leading up to the recession, with banks overpaying for RIAs and unsophisticated acquirers creating a bubble.

There are different buyers in the marketplace today, he said. “We have sophisticated acquirers who have also created very strong business models and business models that are designed to increase the profitability as well as the growth of the acquired firms,” he said. “So valuations, even though recently higher in 2020, are more justifiable than they were in 2008.”

The decline in interest rates may help advisors either refinance current loans or lock in a lower rate to pursue deals, but DeVoe expects lenders to be pickier then they were before, as the metrics for evaluating an RIA firm will likely take a hit.

Carolyn Armitage, managing director at Echelon Partners, agrees that lenders are likely to be more cautious than they have been in the past, taking a harder look at deal structures, potential earnings and the history of the acquirers. For now, valuation multiples on current deals aren’t changing.

“Certainly with the downturn in the market, because so many firms are based on a percentage of fees, the revenues will probably be down for 2020,” she said. “It doesn't affect the multiples, but it may affect the earnings of organizations.”

Smaller firms, those with $2 million in annual revenue or below, are often valued on a multiple of revenue, not earnings. Larger firms have more flexibility to tweak their expenses to maintain their margins. Smaller firms have less opportunity to do the same.

On the sell side, Echelon’s deals that are in play are moving forward, she said. Buyers, however, could put into place certain components of how they structure the deal, so they don’t bear all the risks of what happens to the markets, Armitage said. That might include reducing the amount of cash directly offered at closing or changing what the retention payments look like.

Overall, Armitage said the environment could cause older advisors to speed up their timeline for succession.

“This takes them back a decade and reminds them of how challenging it was to deal with their clients and the amount of effort and work that they put in,” she said. “And it may accelerate them wanting to put a succession plan in place and, ‘Please get me out of this. I'm too old for this. I don't want to deal with this anymore.’”