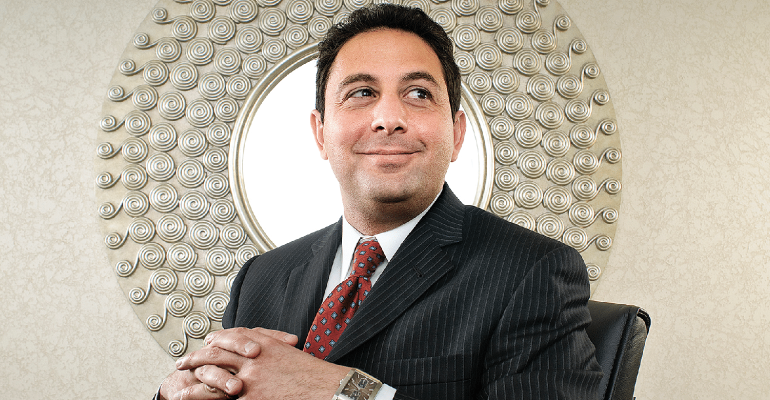 "The path here was not to maximize value or exit," CEO Peter Mallouk said. "If that were the goal, I would have sold a majority stake."

Terms of the deal were not disclosed. Creative Planning's latest Form ADV shows Mallouk owns at least 75% of the firm, and his majority ownership will not change, he said.

General Atlantic, which has $35 billion invested in a portfolio of some 360 companies, is a private equity firm that focuses on so-called "growth equity," an asset class of private companies defined by Cambridge Associates as private firms that are founder-owned, without prior institutional capital, little leverage and usually experiencing double-digit organic revenue growth. General Atlantic has made previous investments in automated advice platform or so-called robo advisor SigFig and digital bank Chime.

The investment comes during a heated time for RIA M&A, as private equity money is rushing into the space and taking large ownership stakes. This deal is different from those that have made recent headlines, says Mallouk.

"A key distinction here that everyone is missing is most (RIA) firms are owned by buyout equity," he said Friday after the deal was announced. "I still own Creative Planning. GA is a growth equity player. Very different. They make minority, noncontrolling investments for very long periods of time. The former takes over a company, loads it up and flips it in a few years. The latter believes in what the firm is already doing and is invested for the long run."

Overland Park, Kan.-based Creative Planning has been in business for 15 years; Mallouk grew the firm from less than $100 million AUM into one of the nation's largest RIAs, largely through marketing and referrals. Last year, however, he made a strategic shift to begin acquiring other RIAs. With $50 billion AUM, the firm has 27 offices, 650 employees and clients in every state. It is one of the largest RIAs in the country and one of a few nationally branded RIAs.

In January of last year, the firm launched an eight-figure national ad campaign, becoming one of just a couple RIAs to market through a nationwide television commercial.

Earlier this year, Creative Planning acquired Stratford Consulting, a boutique RIA in Addison, Texas with $168 million in AUM. Last year, the firm made four acquisitions, including Hogan Financial Management, a Milwaukee-based RIA with $300 million in client assets; $400 million AUM OptiFour in McLean, Va.; The Johnston Group, a $500 million RIA based in Minneapolis; and America’s Best 401K, a retirement plan provider. Prior to that, its only acquisition was the purchase of an $80 million firm in 2008.

Last year, Mallouk said publicly he had no intention of taking private equity money to fuel a rapid expansion. "Still true," he said Friday. "We are making acquisitions where everything is close to perfect: similar investment approach, planning led, willing to completely move into our process, tech and systems, culture match with owners and employees and on and on. This limits our pool but for those where we match, it works incredibly well. We have been averaging one a month, and we don’t expect that to change post GA’s investment."

With $50 billion in AUM, Creative Planning didn’t necessarily need to raise capital to make deals, said David DeVoe, a consultant for RIAs on mergers and acquisitions. Like other RIAs, Creative Planning is taking advantage of record-high valuations, he said. The DeVoe RIA M&A Outlook Study for 2019 found 62% of RIAs with over $1.5 billion in AUM would consider taking outside investors to diversify concentrated stock positions or free up capital to reinvest in the business.

"The path here was not to maximize value or exit," Mallouk said. "If that were the goal, I would have sold a majority stake. The goal is to keep doing what we are doing, build something great, and ensure we can keep our team completely together regardless of market conditions. GA’s investment makes sure that last piece is set, and that’s very important to me."