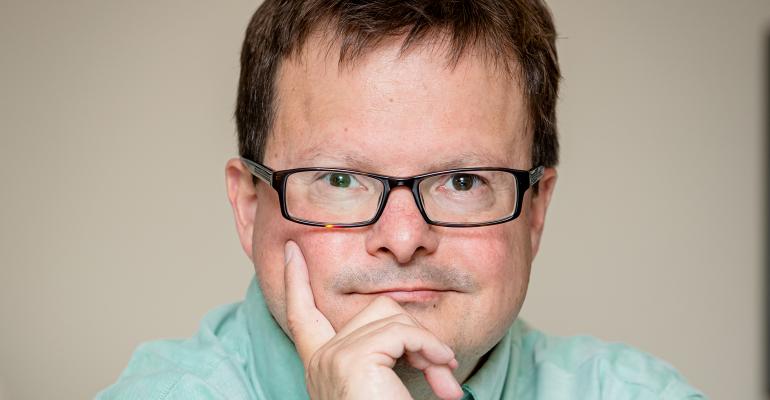 Could Retainer-Based Pricing be the New RIA Business Model?

The retainer-based fee movement is a growing alternative to the AUM-based model.

In the race to future-proof his advisory business, Frederick Hubler is banking on an alternative approach: retainer-based pricing.

The 18-year industry veteran and investment advisor, who is president and chief strategist of Creative Capital Wealth Management Group, based in Valley Forge, Pa., told WealthManagement.com that his two-advisor firm (it plans to hire a third) has been offering investment advice for a retainer fee to business owners and entrepreneurs with at least $5 million in net worth for over three years, and calls the retainer-based fee structure the “wave of the future.”

Of course, discussions of the retainer-based model are nothing new—here is a piece from our archive dated to 2002—it has, however, never found widespread adoption in the advisory industry. The XY Planning Network launched its monthly retainer subscription model in 2014 and continues to use and discuss its ramifications but the wider advisory industry continues only slowly to adopt it.

Hubler, for his part, is not only practicing the retainer-based model, but has been teaching it as well, through his online Retainer-Based Academy; 15 advisors have taken the course. “I take everything I did in my financial advising business and made it so that other advisors could use it,” said Hubler.

Hubler specializes in non-traditional clients who have high net worth but whose money is tied up in their 401 (k)’s and businesses—so they wouldn’t necessarily qualify for an AUM-based fee structure.

His retainers start out at $5,000 annually and are charged on a flat fee basis quarterly. He charges AUM-based clients 1% a year or less "depending on the amount of assets."

So far, 22 of the 130 familes he serves are retainer-based, with another 5 coming on board this month, he said. The net worth of the retainer-based clients is over $200 million, he said.

AUM clients get "a full suite of asset management analysis and investment review," he said, including risk and asset allocation, retirement goal setting and annual investment rebalancing and financial objective review. Retainer-based clients follow a broader "road map we follow depending on if they are executives or entrepreneurs" that includes legacy and estate planning, trusts and tax reduction planning.

Hubler says that the retainer-based business, which he operates alongside his traditional AUM-based fee business, has brought in more clients with more money to advise than the latter.

There are a couple reasons for this, he said.

First of all, customers are more willing to heed the advice of an advisor who is not hawking proprietary products, Hubler said. For instance, when it comes to a life insurance or car insurance policy, he said, “we’re going to shop the entire spectrum of solutions and bring back to the client the answers for insurance that would fit their goals. As a fiduciary we’re going to recommend what’s best for the client, even if it doesn’t pass the most money” back to his firm, Hubler said.

Second, as investment advice has become increasingly automated, and the investment process and investment information have become more transparent—after all, detailed information on stocks readily available at the fingertips of many investors on any wealth management company website -  customers have begun to ask, “Why am I paying an investment advisor 1% to manage my money when I can get advice for 0.75%?”

Aite Group senior analyst Dennis Gallant said that while there is a “slow move toward advice-based compensation,” it is “gaining momentum. As greater objectivity and transparency comes into play, you’re going to see more and more firms move toward a subscription-based or model or retainer fee as they seek to grow. It’s the last line of transparency and allows advisors to manage assets that are held away—such as in 401k’s—on which they can offer advice without having to have the assets under management.”

Gallant said that according to a survey by Aite in June of 2019 of 400 advisors nationwide, 66% charged based on AUM, while 27% charged on a commission basis and about 7% charged on a retainer basis. The survey respondents were comprised of wirehouse advisors, independent broker-dealers, RIA’s, bank and insurance companies and regional advisors.

He added that the move toward non-AUM based fees makes sense as advisors start offering more services.

According to Hubler, the days of investing customers’ money in a 60-40 allocation of stocks and bonds are over because anyone can get that kind of investment advice.

Customers hire him, he said, to put their money into products outside the prominent indexes of stocks and bonds that are publicly traded, into markets that are less liquid but more recession- and election-proof, like real estate and preferred stock.

“When I have someone who is worth $40 million to $50 million, and I tell them that with their custodial account they’re in the same things as my eight-year-old twins, that opens up the conversation of, ‘Well, what else should I be doing?’” said Hubler.

Hubler said he looks at investments such as “regulation D, private rental and real estate-based programs that are FINRA-regulated,” preferred stock, private debt, private equity, real estate storage, farm land, things that are not going to necessarily go down when the market goes down.”

These are options that large broker-dealers typically avoid offering clients because “these alternative investments in the wrong hands can do damage. They’re not liquid, they’re not for everybody.”

How does Hubler make sure his clients aren’t put into the wrong hands? He said he studies the investment reports of the nation’s largest foundations, the likes of California pension programs CALPERS, CALSTRS and the endowments of Ivy League universities, to find out where their money is.

“If the smartest kids in the class aren't even at the casino, I like to know what they're doing so that, that starts it from my expertise,” said Hubler.

So he studies the annual reports of these pension investors and foundations “like a Bible,” and while it’s unrealistic for him to invest in, say, a parcel of land outside San Francisco and to wait 50 years for it to become more valuable as the city expands, he can put customers in alternative investments.

He turns to his broker-dealer, Triad Advisors, to “vet some of the strategies that are out there,” he said. “And there are some companies that were great in 2008 that don't even exist after 2008 and so you look at their track record and look at 2008 as a great proxy of a moment in time that no one knew what the right answer was.”

Also, Hubler’s firm has a “Rolodex of companies I trust and then I need to see what programs they have open and then obviously make sure that it fits with the need of the client.”

Hubler said that he will begin promoting Retainer-Based Academy at conferences and on social media beginning this year.