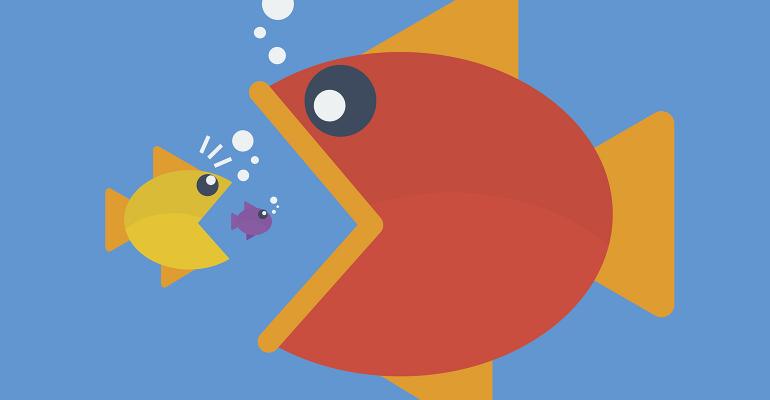 There were a record 52 mergers or acquisitions involving RIAs in the second quarter, up from a previous high of 49 in the first quarter of the year, according to Echelon Partners.

There were a record 52 mergers or acquisitions involving RIAs in the second quarter, up from a previous high of 49 in the first quarter of the year, according to Echelon Partners, a Los Angeles-based investment bank and consulting firm focused on wealth and investment managers. At the current pace, the total number of transactions would pass 200 for the year, a record for the wealth management industry, Echelon said.

Deals involving mid-size RIAs, which the report defines as firms with between $300 million and $1 billion in assets under management, helped deal volume reach a new high for a quarter.

Like the first three months of the year, Focus Financial Partners and its affiliated firms accounted for the highest number of deals. It announced five transactions in the second quarter, bringing its year-to-date total to 16. It's far outpacing even some other large wealth managers with a history of prolific M&A activity. Through the first six months of 2019, Mariner Wealth Advisors has completed six deals, CAPTRUST Financial Advisors has made five deals, and Mercer Advisors has notched four deals.

Average deal size, measured by the seller's assets under management, was $1.05 billion in the first half of this year, down slightly compared with $1.27 billion in 2018. After inching up for years, a higher volume of smaller deals between RIAs is pulling the average down, according to Echelon.

"The implications of this [United Capital] deal, with a wirehouse purchasing a large RIA, are yet to be felt in the market. The deal could spark more activity from large strategics, who may use M&A to diversify their client base, bolster AUM and increase their service offerings. Despite mega transactions during the quarter, mid-sized deals supported record-breaking volume," according to the report.