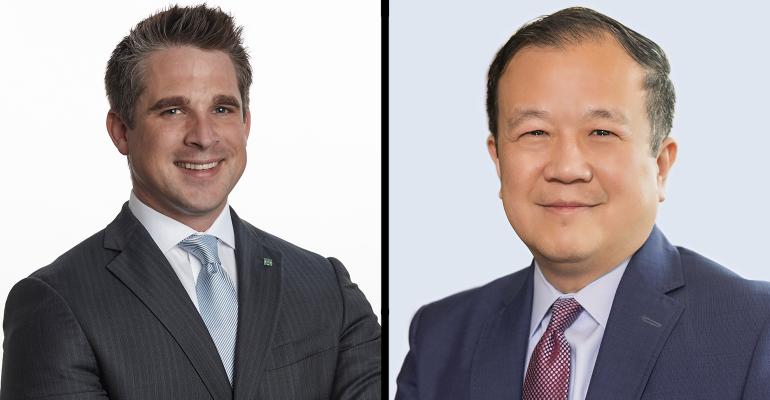 HSBC Holdings is exiting the U.S. retail banking business, unloading many of its bank branches, holding onto a handful of locations to convert into international "wealth centers," for its global wealth management clients, according to a recent announcement.

That will result in some 20 to 25 wealth management hubs for its 300,000 affluent to high-net-worth clients, according to the bank.

“Today’s announcement is an important step towards becoming a more focused, simpler and sustainably profitable organisation. A strong, internationally connected US business is an important part of HSBC’s value proposition, and we are excited to be focusing the US business in areas of competitive strength,” said Michael Roberts, the CEO of HSBC U.S. and Americas, in a statement.

But Citizens Bank, which is taking over 90 of HSBC's branches on the East Coast and some 800,000 new customers, sees its own opportunity to expand wealth management services to those retail clients.

“While what we’re buying on day one is accretive and very helpful, it’s much more about how we compete long term in these markets in a way that Citizens typically does, which has a heavy wealth management component to it,” said Brendan Coughlin, head of Citizens Bank consumer banking. “One of the principal reasons for getting into these [geographical areas] is how we accelerate our wealth management.”

Coughlin says buying the traditional banking business and the digital direct banking will also accelerate the banks goal of becoming a national brand, both in brick-and-mortar locations as well as a full digital banking offering.

The pending acquisition will give Citizens an entry into New York City, Washington, D.C. and Southeast Florida markets. Sixty-six locations are in the New York City area, nine in the D.C. area and five in Florida.

“We’re going to build out a full suite of offerings for these markets,” said Coughlin. “Our customer base skews mass affluent and affluent, and the wealth offering is a critical enabler to us competing well in these markets.”

Out of the 600 HSBC employees it will onboard soon, there are about four financial advisors. Details about the advisors will not be provided until post transaction. Citizens will acquire approximately $1 billion in assets under management in the deal, adding to its more than $14 billion in assets.  Citizens is considering hiring 30 to 40 financial advisors, potentially having one advisor covering two branches in the New York market within the first 18 months, Coughlin said.

The bank hired Chris Weyrauch, the former head of individual advisory services at TIAA in April to head its wealth management business, and in 2018, it acquired a minority stake Clarfield Financial Advisors, a registered investment advisory that managed $6.6 billion in assets.

Citizens is getting the banking business at a discount: it’s paying a 2% premium on the $9 billion in deposits when most acquirers pay up to 6%, Coughlin said. On average, bank transactions have been between 4.5% and 7.5%, according to Mercer Capital, and haven’t hit the 2% to 4% range since the financial crisis. The bank is also absorbing $2.2 billion in outstanding loans.

Ten of HSBC's branches on the West Coast are being acquired by Cathay Bank.

“If there is an opportunity to mine the customers that we’re acquiring to [provide] not just wealth management but other products and services that Cathay Bank can offer, we will certainly do that," Cathay CEO Chang Liu said. "But we don’t have a specific plan nor any projections that says we expect to generate x-amount of wealth management fee income off this particular acquisition.”

The branches that Cathay will pick up compliment the bank’s established geographic footprint in California. It will acquire 50,000 customers, totaling $1 billion deposits and $800 million in outstanding loans.