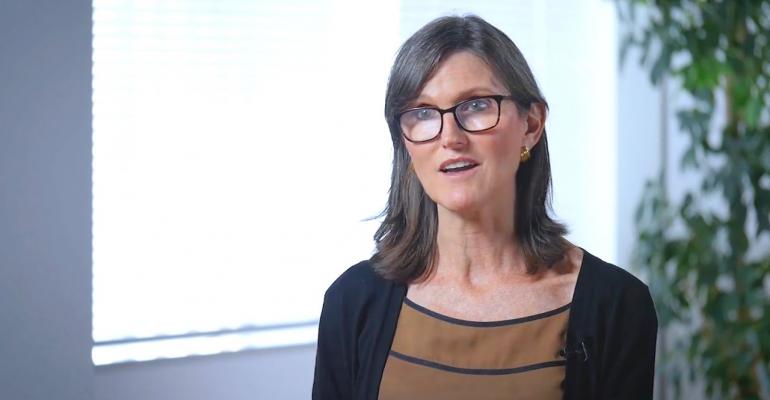 ARK is closing its New York office permanently at the end of October and relocating its corporate headquarters to St. Petersburg, Fla.

ARK is closing its New York office permanently at the end of October and relocating its corporate headquarters to St. Petersburg, according to a statement on Wednesday. The firm also announced it will build an innovation center meant to “retain and attract top talent” in the Tampa Bay region.

Florida has seen a burst of interest from investment firms since the start of the pandemic as the work-from-home revolution pushes companies to reconsider their presence in pricey business hubs such as New York and San Francisco.

“ARK is not a traditional Wall Street asset-management firm,” Wood said in the statement. “We are looking forward to breaking the mold further by relocating to St. Petersburg.”

Wood became a superstar in the finance world for being transparent about her stock picks. That helped her attract a loyal following of individual investors as her funds posted spectacular returns in 2020.

Florida’s lower taxes have proved popular for the finance industry, particularly after Covid-19 walloped New York. So far, many of the moves tend to be satellite or second offices, with relatively few headquarters, and much of the focus has been on the Miami metropolitan area.

ARK joins Paul Singer’s Elliott Investment Management in setting up a Florida headquarters. The hedge fund is moving its to West Palm Beach from Manhattan.

Florida’s state and local leaders have been trying for years to gain a greater foothold in finance and asset management. In addition to lower taxes, the state also has a long-running relationship with New York.

Many finance titans have homes in the state or plan to retire there. Still, Florida has struggled to break through, with top talent worrying they’ll struggle to build a career there.

As of September, just 1.4% of the assets under management were with firms headquartered in the Sunshine State, compared with about 22% for New York and trailing other states including California, Massachusetts and Pennsylvania, according to Securities and Exchange Commission data.

As Wall Street grapples with its return to the office, ARK said its “hybrid back-to-work model” will allow some employees to work remotely. Still, a “substantial” number of the firm’s staff have chosen to relocate, according to the statement.

“Taxes in New York City make this a very logical move,” said James Seyffart, an ETF analyst at Bloomberg Intelligence. “It’s basically Tampa, so it’s not like they’re going to the middle of nowhere. But of course, then you’re not living in New York City -- I’m sure some people aren’t happy.”